(ORDO NEWS) — Analysis of samples from NASA’s Apollo lunar program shows that the Earth and the Moon are the “products” of a giant collision between an early protoplanet and a cosmic body called Theia.

“There used to be several theories about how the moon formed, and one of the goals of the Apollo program was to figure out how we got our satellite, ” planetary scientist Sarah Russell said.

Before Apollo, there were three compelling theories of the formation of the moon: 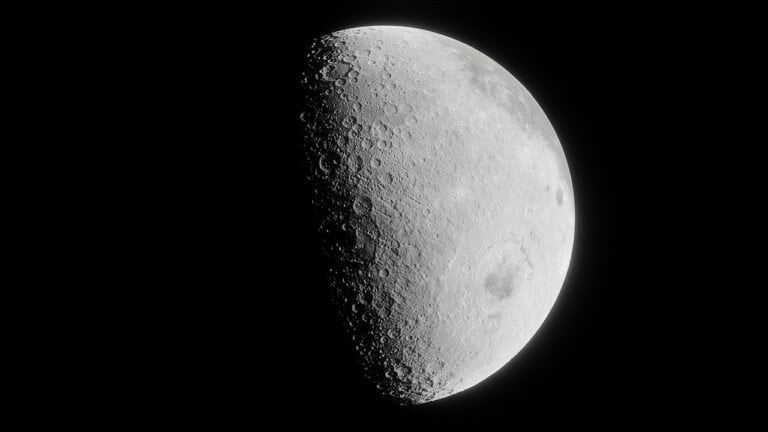 Today the theory of the giant blow is generally accepted. She suggests that the Moon was formed as a result of the collision of the young Earth with a small planet the size of Mars . Debris from this event gathered in orbit around the Earth and formed the Moon.

The Apollo program delivered more than a third of a ton of rock and regolith to Earth.

“When the Apollo stones were delivered, they showed that the Earth and the Moon have some remarkable chemical and isotopic similarities, which indicates an interconnected history,” says Sarah. – If the Moon was formed in another place, and later captured by the Earth’s gravity, then its composition should have been very different from that of the Earth.

If the Moon was formed at the same time as the Earth, or broke away from the Earth due to strong rotation, then one would expect the type and proportion of minerals on the Moon to be the same as on Earth. But they are a little different. “

Minerals on the Moon contain less water than similar minerals on Earth, but the Moon is also rich in substances that form at high temperatures.

“In the seventies and eighties, there was a lot of controversy about this, which led to almost universal acceptance of the giant punch model,” said Sarah.

Lunar meteorites are also an important source of data for studying the history of the Moon’s origin.

“In a sense, meteorites tell more about the Moon than Apollo samples, because meteorites come from all over the Moon,” Sarah added, “while Apollo samples were taken from only one location near the equator on the near side of the Moon. “.

The moon is Earth’s greatest by-product

Before the Earth and the Moon, proto- Earth and Theia (a planet about the size of Mars) existed in the solar system . The giant collision model suggests that the two bodies collided at some point in the very early history of the solar system.

During this large-scale collision, the proto-earth and Theia almost completely melted, forming a single body. At the same time, a small part of this mass “bounced” and became the Moon.

Scientists have created many computer models, resizing Theia to check what happens at different sizes and angles of impact, to get the best possible match (the result should have been the Earth and the Moon as we know them).

“Scientists now tend to gravitate towards the idea that the early Earth and Theia had almost identical chemical compositions, since they were in the same region of the solar system,” explains Sarah. “If so, it would explain why the compositions of the Earth and the Moon are so similar.”

The mineralogy of the Earth and the Moon is so similar that the lunar landscapes can be observed without flying into space.

“If you look at the lunar surface, it looks pale gray with dark spots,” says Sarah. – The pale gray rock is called anorthosite. It forms when molten rock cools and lighter materials float to the top. The dark areas represent another type of rock called basalt. “ 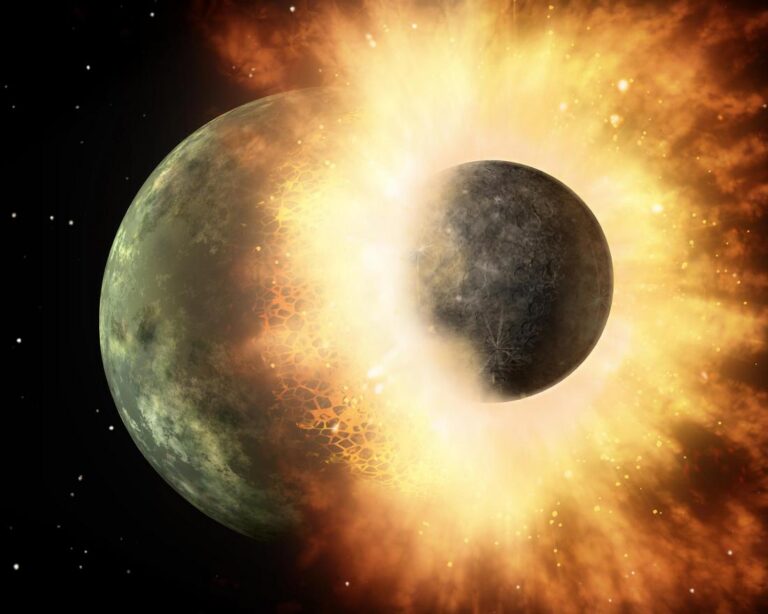 A similar anorthosite can be seen on Ram Island in Scotland. What’s more, most of the ocean floor is made up of basalt – the most abundant surface on all the inner planets of the solar system.

“However, what is really special about the Moon, which we can never reproduce on Earth, is that the Moon is a geologically dead body,” said Sarah.

The moon hasn’t erupted for billions of years, so its surface is covered in so many ancient impact craters that are still so crisp.

Looking at the moon, we can tell a lot about what the earth was like four billion years ago.

How the Moon will help in the exploration of Mars

How the Moon will help in the exploration of Mars