US, WASHINGTON (ORDO NEWS) — Beijing condemned the passage of the USS McCampbell US missile destroyer through the Taiwan Strait. China has repeatedly noted that such actions by the United States are an attempt on its territorial integrity.

In turn, Washington states that it does not violate international law and, despite the protests of the PRC, regularly performs the so-called freedom of navigation operations.

Experts believe that today the Pacific Ocean is the main arena of a clash of interests between the United States and China, but neither side is ready for a direct conflict.

Ren-Guoqiang, spokesman for the Chinese Ministry of National Defense, said the passage of US warships through the Taiwan Strait is tantamount to meddling in China’s internal affairs and undermining peace and stability in the region.

“The armed forces of the PRC have a strong will, unwavering determination and sufficient potential to suppress any manifestations of separatism, and will take all necessary measures to protect state sovereignty and territorial integrity,” CGTN quoted him as saying.

Earlier, March 25, the USS McCampbell missile destroyer passed through the Taiwan Strait. This was reported in the 7th fleet of the US Navy. Fleet spokesman Anthony Dzhanko called the passage a “routine operation” and stated that there was no reason for any concern.

“The passage of the ship through the Taiwan Strait demonstrates US commitment to the concept of a free and open Indo-Pacific region. The US Navy will continue to fly, sail and operate wherever permitted by international law,” Reuters said.

Recall that China does not recognize the independence of Taiwan and considers the waters around it as its exclusive economic zone. Beijing has repeatedly stated that such actions by the United States are an attempt on its territorial integrity.

In addition, China has repeatedly protested the military cooperation and joint exercises of the United States and Taiwan.

A military expert Vasily Kashin, in an interview with RT, noted that the United States, through its actions, is trying to call into question the Chinese claims for the regime of the Chinese exclusive economic zone.

“In turn, the PRC is trying to limit the activities of foreign warships in its exclusive zone, prohibiting any military activity there without its approval. Meanwhile, the United States is once again demonstrating increased military support for Taiwan, since for China this is the most painful area.

The regular passage of American warships through the Taiwan Strait began some time ago, since 2018 they have become a mass phenomenon and have been growing ever since,” the expert noted.

Now China is the main enemy of the United States, and the Pacific Ocean is the main field of their confrontation, added Vasily Kashin.

“And the Taiwan problem is the most acute international problem facing China. The Americans are trying to influence this pain point by intensifying military cooperation with Taiwan and their military presence in the Taiwan Strait,” the expert explained.

Over the past few years, not only Taiwan, but the entire Pacific region has become a field for confrontation between the United States and China.

The subject of the dispute is also the territorial affiliation of the South China Sea and the group of Paracel Islands located in it (they are disputed by Taiwan, China and Vietnam), as well as the Spratly archipelago (China, Vietnam, Taiwan, Malaysia and the Philippines claim it).

These islands are distinguished by their location near important transport routes, as well as a significant amount of natural resources.

US ships regularly pass by disputed islands as part of operations to maintain freedom of navigation. China criticizes such actions, considering them an encroachment on its sovereignty.

So, in January 2019, Beijing formally protested Washington because the destroyer McCampbell entered the waters of the disputed islands without permission from the Chinese side. Then, Foreign Ministry Spokesperson Lu Kang urged the United States to stop further provocative actions and added that China reserves the right to take all necessary measures to protect its security and sovereignty.

In August 2019, the United Kingdom, Germany and France in a joint statement expressed concern about the worsening situation in the South China Sea and called on countries to de-escalate tensions.

The Eurotroika called for the observance of the rights of coastal countries in its waters and opposed the restrictions on maritime navigation and flights over the South China Sea.

According to Vladimir Batiuk, head of the Center for Military-Political Studies of the Institute for US and Canada Studies of the Russian Academy of Sciences, Washington has long been demonstrating its interest in this region.

“Not only for Washington, but for the entire global economy, the sea lanes that run along the Chinese coast are vital. This is the sea route that connects Europe and the Middle East with Japan, South Korea, China, Taiwan. This is one of the main trade routes. And official Washington, of course, would like to control it. But now China has enough powerful armed forces to restrain American ambitions,” the expert noted.

Despite concerns from the international community and countries in the region, the US Navy is stepping up its operations in the South China Sea. In particular, the head of the United States Indo-Pacific Command, Admiral Philip Davidson, announced his intention to increase the intensity of operations and exercises in the region in November 2019.

Noting the increase in the number of maneuvers, Davidson said that the US Navy also intends to intensify navigation in the waters of the South China Sea through cooperation with Singapore and the use of US military bases in Japan.

The admiral stressed that the United States is increasing military activity in the region in response to the “wider” threat from China.

The policy of strengthening counteraction to China in the Pacific Ocean also affects the transformation within the US armed forces. So, on March 23, The Wall Street Journal reported that the US Marine Corps is transforming , moving away from the concept of lightened ground forces (as it was used over the past 30 years during the conflicts in the Persian Gulf and Afghanistan).

According to the publication, the corps should be transformed into a full-fledged naval expeditionary force, the main task of which will be to deter the Chinese fleet. With reference to sources in the Pentagon, WSJ reports that a ten-year plan for modernizing the corps will be published in the near future.

It is assumed that to increase marine mobility, the Marine Corps will get rid of tanks, reduce the aviation component and the total number of personnel (from 189 thousand to 170 thousand people).

In early March, the leadership of this type of troops also sent a letter to the US Congress, which noted the need for arming marines with anti-ship sea-based missiles. U.S. military publications have noted that such rearmament fits into the concept of containing China in the Pacific through the occupation of disputed islands and archipelagos by the forces of a renewed marine corps.

China is not idle amid the strengthening of the United States in the region and, in response, is building up its own naval potential. Back in 2018, President Xi Jinping visited the southern zone of the combat command of the People’s Liberation Army of China with an inspection. It is the Southern Command of the PLA that is responsible for the situation in the South China Sea.

Then the Chinese military conducted large-scale exercises, in which at least 10 thousand military personnel, 48 warships and 76 aircraft took part. During the naval parade on the occasion of the completion of maneuvers, the head of the PRC made a speech in which he said that the Chinese fleet should become a world-class force.

To ensure the security of Chinese territories in the Pacific, the military doctrine of the PRC provides for keeping the enemy at a considerable distance using anti-ship missiles located on the islands. They are supported by coastal ships, and all defense is coordinated using satellite intelligence.

China is expanding its capabilities with hypersonic weapons. So, in October 2019, the DF-17 rocket was first demonstrated. In 2019, the media reported successful tests of the YJ-XX hypersonic ship missile, designed to break through the US Navy’s air defense.

According to Vladimir Batyuk, the American military-analytical centers have repeatedly modeled a possible clash of two powers in the region, but their forecasts are disappointing.

“This clash can end for Americans with very serious losses in their air force and naval forces,” the expert noted.

In turn, Vasily Kashin, in a conversation with RT, noted that, despite the increase in military presence, both parties would like to avoid active conflict scenarios.

“At the moment, neither China nor the United States wants a direct military clash. At the moment, this is rather a hypothetical probability. Unless this happens by chance. But in the long run, this is the most dangerous hot spot in the region, since China cannot afford a serious defeat on the Taiwan issue.

China cannot afford a situation in which its sovereignty over Taiwan will be called into question. And the United States, for its part, clearly does not intend to allow Taiwan to go under the effective control of Beijing, ”the expert concluded.

American medicine against coronavirus will cost $ 3120

American medicine against coronavirus will cost $ 3120 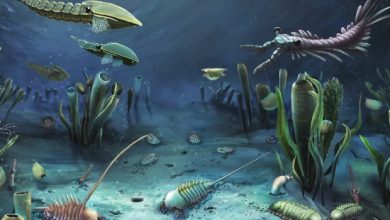