(ORDO NEWS) — Looking after a pet can have a surprisingly large impact on the environment.

I’ve heard pet food has a big impact on the environment. Would it be better if we fed our cats and dogs a vegetarian diet?

Cats and dogs get more of their protein from meat and fish than we do. In the US, they account for about a quarter of all the calories consumed from animal products, emitting the CO2 equivalent of around 13 million cars through livestock production, according to a 2017 study carried out at the University of California, Los Angeles. They’d certainly be more environmentally friendly if they went plant-based, but can we make that choice for a species that has different dietary needs to us?

Domestic cats are obligate carnivores – they need the nutrients in meat to survive. Take the amino acid taurine, for example. Without it, cats develop heart problems and go blind. Though such essential nutrients can be given as supplements along with plant-based meals, there’s vehement debate between animal experts and vegetarians about whether, overall, these are adequate for cats’ needs.

Dogs, on the other hand, seem better adapted to an omnivorous lifestyle and are capable of thriving on diets containing higher quantities of grains. Though that doesn’t mean we can simply cut out proteins.

One sustainable alternative is insect-based food from companies like Yore in the UK, which sells high-protein dog food pellets made from ground-up fly larvae. It’s expensive and not entirely carbon neutral as the insects come all the way from a producer in the Netherlands, but with all the hype around insect farming, there may soon be more local suppliers.

And it’s not just about the carbon emissions. Enforcing a vegan lifestyle on your cat, for example, could lead them to take their frustrations out on the local wildlife, damaging bird and rodent populations further. Research carried out at the Smithsonian Conservation Biology Institute and published in the journal Nature suggests US cats already kill between 1-4 billion birds a year plus between 6-22 billion small mammals – a source of much anguish for wildlife lovers.

What are the most eco-friendly ways to entertain our furry friends?

We should also think about all those dog-eared plastic pet toys that will find their way into landfill, and the steady stream of grooming products washing into the waterways from pet parlors. Humans, of course, use much larger quantities of plastics and water-polluting chemicals than our pets ever will, but if we’re committed to sustainable living then we can’t ignore what we provide for our pets either.

If you’re a conscientious pet owner, there are plenty of ways could reduce your pet’s impact on the environment. How about: providing edible dog toys or recyclable wooden cat “trees” for cats to climb on; doing your research on your dog grooming brands and switching to eco-friendly products; sticking to local green spaces for walkies rather than driving to the beach or a far-flung beauty spot? What about all the poop?

The 163 million dogs and cats in the US alone produce as much poop as around 90 million Americans, the 2017 study found. That’s a whole lot of waste in doggy bins and litter trays.

More recently, German researchers tried to estimate the climate change impact of just one dog over its lifetime and came up with a figure of around 7 per cent of the impact of an average person living in the EU. As part of their analysis, they tried to understand the impacts of dog litter when it was picked up in small plastic bags and collected by waste services, compared to when it was left on the street or in a park.

They found that the climate change impact of dog poop was low as long as all of it was picked up by owners and collected from dog waste bins by collection trucks on their normal routes, rather than having to be cleaned up from parks and streets up on a poop-by-poop basis.

Bottom line: at least if you have a dog, you can pick up the poop, so do it. Though it’s much harder to stop your cat making a mess in your neighbor’s petunias…

I don’t have a pet just yet, but I’m thinking about getting one. What’s the greenest option?

Um, a frog? (Only joking.) Actually, in terms of pet food, small animals like amphibians, reptiles and spiders are generally thought of as better options for the environment as they eat less, but they do consume energy in other ways, such as through heaters, or water filters for aquariums.

Money.co.uk recently compiled an “Eco Pets League”, IN which large dogs scored worst, closely followed by ponies, horses and other sizes of dogs. The results were based on assigning points out of five for eco-friendliness across a series of categories from food and poop, to heating/lighting and accessories – not a scientifically rigorous method, but it does give us some idea.

Cats, fish and reptiles fared slightly better than our canine companions, but top of the leader board? The humble tortoise, which scored well across the board and got bonus points for having a low impact across a long lifespan.

If a tortoise isn’t the cuddly ball of fluff you’re looking for then the best you can do is to choose the pet that suits your lifestyle and try to be a responsible human for the sake of your pet but also your planet. 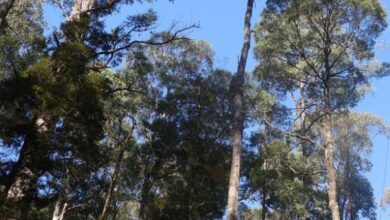 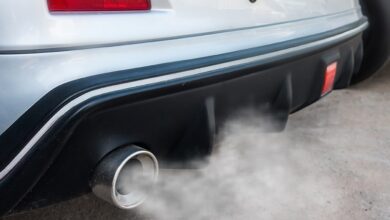 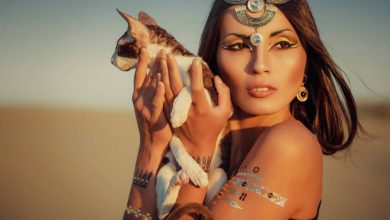