(ORDO NEWS) — If you go sailing in square waves, then you are in for a serious test.

This rare phenomenon is surprising, creating a chessboard-like pattern on the surface of the water that has turned the Île de Ré island near La Rochelle in France into a tourist attraction (pictured above).

Square waves have a rather bad reputation, but for coastal areas like this where the water currents aren’t too strong, they usually don’t pose much of a threat to swimmers. However, for ships at sea, it’s a different story.

What are square waves?

Square waves are formed when waves traveling in different directions meet at right angles. They may be constant and regular, or they may form suddenly from several short waves.

There are several reasons why they occur, but mostly it is because the weather is pushing the waves in one direction while the current is moving in another.

Wind shears can also redirect waves, causing them to crash into waves that have already formed and were continuing in the other direction.

In shallow water where the currents are not strong, square waves are usually not a danger to confident swimmers and sailors.

However, you are still dealing with opposing forces, so a day at the beach might not be the most relaxing if you encounter these waves, so it might be best to just contemplate them from a safe distance. 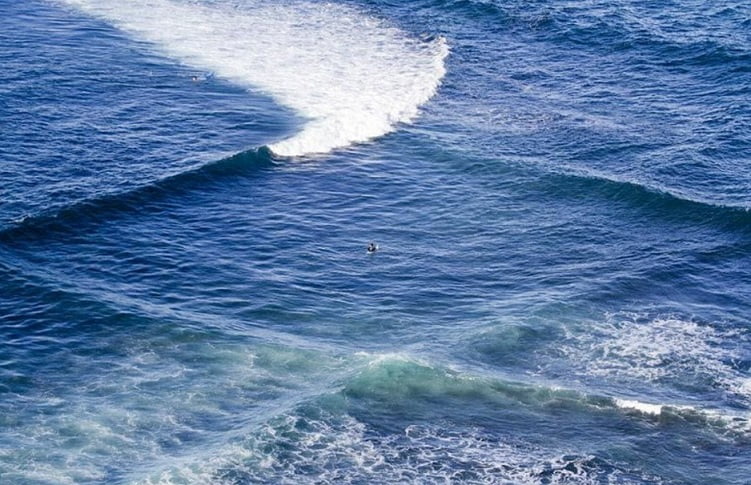 Rip currents that can suck swimmers into the sea are a real danger in wild swimming areas. They are not easy to spot, but there are signs you can look out for.

Where square waves really become dangerous is further out to sea, where the currents and water volumes of opposing waves can build up and cause ships to roll violently.

This exposes boats and vessels to the risk of submersion and may increase the chance of an accident.

According to the Guardian, studies have shown that a disproportionate number of accidents occur in square wave waters, so obviously they should be avoided in the open ocean.