US, WASHINGTON (ORDO NEWS) — Russia’s success or failure in the fight against the Covid-19 epidemic will affect its investment climate in the coming years.

It cannot be that in Russia the mortality rate was only 1.02% -1.12%, some Western media say. They must be doing something wrong. Throughout Western Europe, the death toll is much higher. In the US – five times more. Just like in Brazil, which last week overtook Russia and took second place in the world in the number of coronavirus infected. In Russia, the number of cases is more than 387 thousand people, and it occupies the third place. But why in Russia the mortality rate cannot be low? What really hinders its growth?

The epicenter of the outbreak of coronavirus infection in Russia is Moscow. Until now, the capital was the city most affected by the infection, but on May 28 the number of new cases there fell to 2054, which is the lowest since reaching a peak in early May. Kremlin critics say the virus data coming from other cities was unreliable. This suggests that the number of cases is much greater – as, apparently, in the south of the country, in the Muslim republic of Dagestan.

Earlier this month, in articles published in the newspaper «Financial Times», also stated that the mortality statistics in Russian understated. The authors of the articles wrote that the death toll is probably about 70% more than official Russian statistics say . The New York Times, which received the Pulitzer Prize for reporting on a Russian scandal that was not there, wrote that the real death toll in Moscow in April was 1,700, almost three times the official statistics.

Today it’s fashionable to expose cases of underreporting. However, so far it has only been “exposed” that the number of deaths when the coronavirus was laboratory-confirmed as the main cause of death is approximately two to three times less than the total number of deaths that exceed the average statistics for previous years.

But the same can be said of almost every country in the world.

Coronavirus and the collapse of oil prices have become a destructive force in the Russian economy. The Fitch Ratings agency last week changed its forecast for a decline in the country’s GDP, and now this decline is at 5% compared with the previous forecast of 3.5%.

French bank BNP Paribas lowered its profitability target by 2 percentage points to -6.5% due to prolonged quarantine and downtime of enterprises, as well as sluggish external demand for Russian goods, namely oil and gas.

Russia in the fight against coronavirus

One of the reasons for the “suspiciously” low mortality rate is that Russia cited data only on calculated deaths of people who died from the coronavirus itself, and not from other diseases called concomitant diseases. Ironically, it is this approach that is set forth in the World Health Organization’s manual, which explicitly states that these deaths are “not deaths caused by Covid-19, and should not be attested as such.”

The Oxford University Center for Evidence-Based Medicine explains that it is wrong to associate with Covid-19 all the deaths of those who have tested positive for the SARS-CoV-2 coronavirus, which causes SARS. The Center’s specialists noted that “death in the presence of a disease (connection) is not the same as death from a disease (causal connection)”.

For example, the Oxford Center explains that all acute viral infections, including seasonal flu, lead to an increase in mortality from cardiovascular diseases, but nevertheless, in these cases, death does not occur from the flu, but from cardiovascular diseases.
Countries with higher mortality rates from coronavirus, such as France, report on the number of “dead people who had a positive test result,” regardless of the underlying cause of death. Compared with indicators determined by the WHO methodology, this will be approximately twice as large.

The Moscow bureau of forensic medical examination claims that they had the most accurate data. Forensic experts say that, unlike many cities and countries in the world, in Moscow all autopsy patients who have a history of symptoms similar to Covid-19, but not only those who had positive test results, are autopsy.

According to the Moscow City Department of Health, the average annual mortality rate for the past three years in Moscow in April was 10,081, which is 1,753 less than in April this year. Almost half of them, 805 people, caused the Covid-19 coronavirus, and 756 (43%) had a positive SARS-CoV-2 test, but they died from other diseases. About 200 (or 11%) of the total number of “excess” (that is, exceeding the average statistic) deaths are not directly related to the pandemic.

As a percentage, these data are very close to the data for New York.

According to the New York Center for Disease Control and Prevention, from March 11 to May 2, 2020 in New York, out of 24,172 “excess” deaths, the connection with Covid-19 was laboratory confirmed only in 57% of cases.

Epidemiologist Professor Roman Prymula, head of the Czech Republic’s national crisis headquarters, said he considers reports of low mortality statistics to be a simple discredit of Russia “in the pursuit of sensation”.

“Some countries do more tests, given these asymptomatic cases, while others do fewer tests and only for those with very acute symptoms,” he says. “Therefore, it is not surprising that the mortality rate in the latter case is higher than in the former.”

In addition to the “bias associated with the principle of testing,” countries vary widely in population density, age structure of the population, and other health-related aspects that also affect mortality from the virus.

Why do these coronavirus-related indicators matter?

“The solution is smart quarantine,” he says. Like an advanced real-time virus tracking system that accurately identifies new foci and quarantines potentially infected people. In the Czech Republic, this system is already yielding results.

Moscow is just beginning to gradually and cautiously return to work, as well as large European cities. And New York, meanwhile, is still in isolation and will be in it for another week.

What does this mean for investors in Russian securities?

To begin with, it should be noted that the quotes of Russian securities in the portfolio of the investment company VanEck Russia (RSX) ETF are holding well, as are the Chinese MSCI China (MCHI). Over the past three months, they have fallen by a little less than 4% and exceeded the benchmark stock index of emerging economies (MSCI Emerging Markets Index). Compared to the previous year, it decreased by more than 18%, which corresponds to the level of emerging markets MSCI. And higher than in Brazil (where the disaster with the coronavirus is rampant), and India (a country of concern to the World Bank), where millions of people will again be in extreme poverty due to quarantine measures and the closure of enterprises designed to stop the spread of the epidemic. 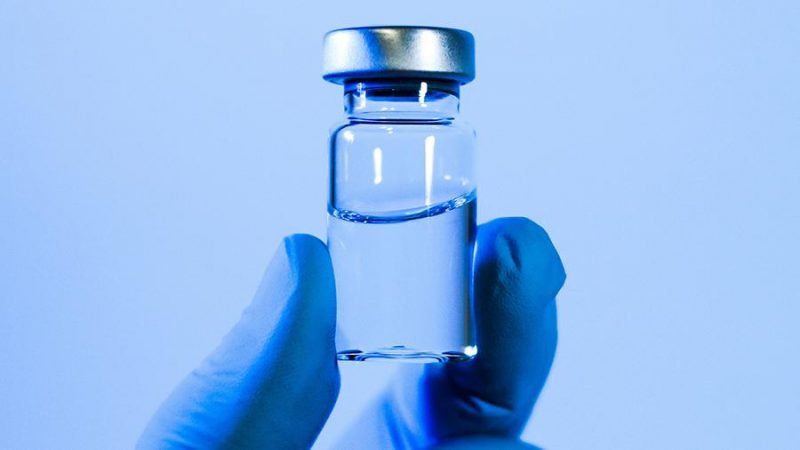 According to the Russian bank Tinkoff, the new index, which it launched to evaluate business activity in Russia as it recovers from the consequences of the coronavirus pandemic, shows that on an index scale of 10, the index of business and consumer activity in Moscow rose 0.6 points to 5.9. In other regions of the country, this indicator grew by 0.4 points to 6.3 on a 10-point scale.

Consumer activity has decreased since February by 27%, while the maximum decrease is observed in the tourism sector (-86%), entertainment (-74%) and in the restaurant business (-63%).

According to Luiz Peixoto, an economist at BNP Paribas, investors should simply “not lose ground” with respect to Russia. This does not require much cost. It makes sense. But for investors this is not an easy task.

Given the quarantine regime and taking into account low oil prices and weak external demand, Russia is likely to be in deep recession this year, and economic recovery will begin in 2021, says Peixoto, but with one caveat – “depending from restoring the global economy and containing the spread of the virus.”

Russia reported 8,863 new cases of coronavirus contamination on Tuesday, for a total of 423,741 cases, the third heaviest in the world.

The number of deaths from Covid-19 stands at 5,037, with an additional 182 deaths in the past 24 hours, health officials said.

No COVID-19 contamination in Wuhan screening

Wuhan, the birthplace of the new coronavirus in China, no longer reports COVID-19 contamination and since mid-May has detected only 300 asymptomatic cases as part of its screening campaign large-scale, state officials said on Tuesday.

This ambitious campaign, launched by the Chinese metropolis on May 14 after a second wave of infections was suspected, allowed 9.9 million people to be tested for coronavirus. 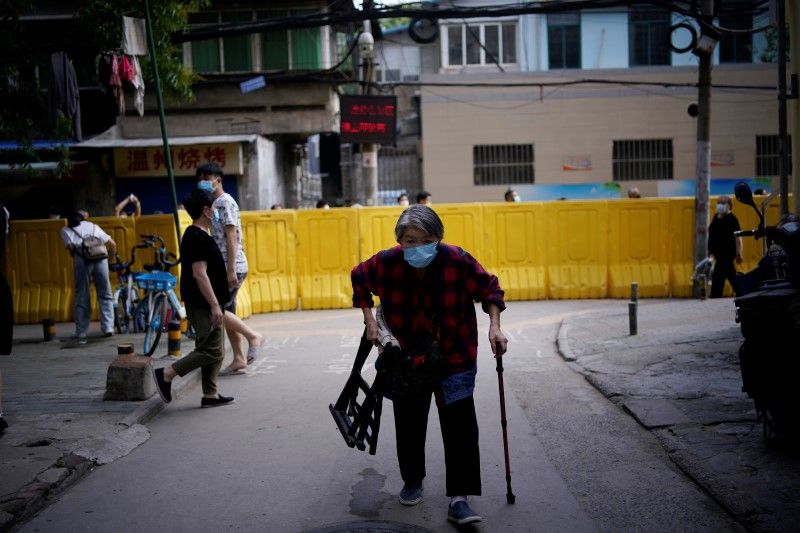 The controversial origin of the epidemic is attributed to wild animals sold in a market in Wuhan.

Confined from January 23 to April 8, the capital of Hubei records the majority of cases of coronavirus reported in mainland China, and has 4,634 deaths and 83,022 infections.

Between May 14 and June 1, the authorities did not report any cases of contamination, state officials said in a briefing. They added that the asymptomatic cases were not infectious, and were therefore not counted in the total of confirmed cases of coronavirus contamination.

Coronavirus in Spain: a sick twin mother does not remember her pregnancy and childbirth

US Embassy urges Bloomberg to apologize for Putin rating data

Coronavirus in Spain: a sick twin mother does not remember her pregnancy and childbirth

US Embassy urges Bloomberg to apologize for Putin rating data