(ORDO NEWS) — According to scientists, different construction techniques were used for different pyramids. The work was carried out both by the main population of Egypt and by qualified specialists – architects and foremen.

The pyramids of Egypt amaze with their size and grandeur. Interest in them, perhaps, never disappeared. At different times, scientists from all over the world tried to solve the mystery of the construction of these giant stone structures.

It seems that even the latest technology is unlikely to create something similar, let alone the ancient Egyptians. REN TV journalists have collected the most interesting hypotheses and modern discoveries that will help lift the veil of secrecy.

How were the ancient pyramids built?

The Great Pyramids at Giza were built in the 27th-25th centuries BC. The ancient Egyptians buried their kings in them: the buildings were so magnificent and monumental, because the ruler in Egypt was considered a god.

The construction was carried out both by the main population of the country and by qualified specialists – architects and foremen.

According to scientists, different construction techniques were used for different pyramids. And it turned out thanks to a fresco from the XII dynasty, found in one of the necropolises.

It depicted 172 people pulling a huge alabaster statue on drag sledges. One of the workers poured water on the sand they were walking on, which made it much easier to slide. 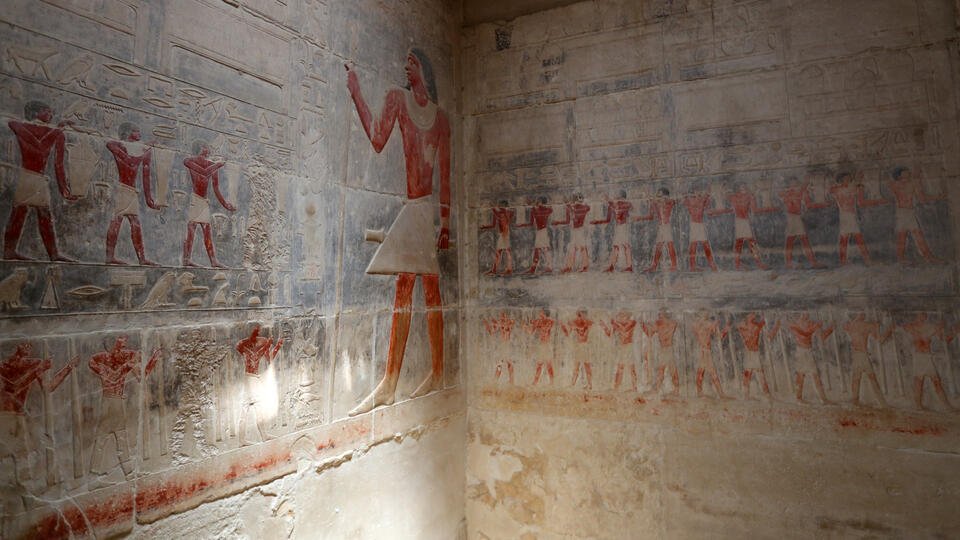 Other pyramids were built by rolling blocks. This was done using a cradle mechanism, such devices were discovered during excavations of the sanctuaries of the New Kingdom. In addition, in ancient Egypt, they used the “square wheel technology” – a square-shaped block rolled along a road created from platforms.

In 2020, scientists made a real breakthrough – they managed to find the remains of a ramp system in an ancient alabaster quarry in Khatnub. It was used during the reign of Pharaoh Khufu, when the Great Pyramid of Giza was built.

At the center of the system is a ramp flanked by two ladders with holes for poles. The Egyptians attached sleds to wooden posts and, with the help of a ramp, pulled huge alabaster blocks out of the quarry. Researchers for a long time could not unravel the mystery of the construction of the pyramid of Cheops. None of the hypotheses mentioned helped them answer the question – how did the Egyptians manage to deliver stone blocks weighing 2.5 tons to the place where the pyramid was being built. To do this, the builders had to cover a distance of 800 km.

An accidental discovery helped solve the mystery. In 2017, a team of archaeologists found an ancient papyrus that depicted and detailed the construction method. The author of the manuscript turned out to be an overseer of 40 workers.

He told how the Egyptians diverted water from the Nile and laid artificial channels through the Giza plateau. Ancient builders used wooden boats that were connected with tight ropes. So they moved huge blocks almost to the very foot of the pyramid.

In addition, the researchers found the remains of an ancient boat and, with the help of modern technology, found out that the boards were indeed connected with a rope. 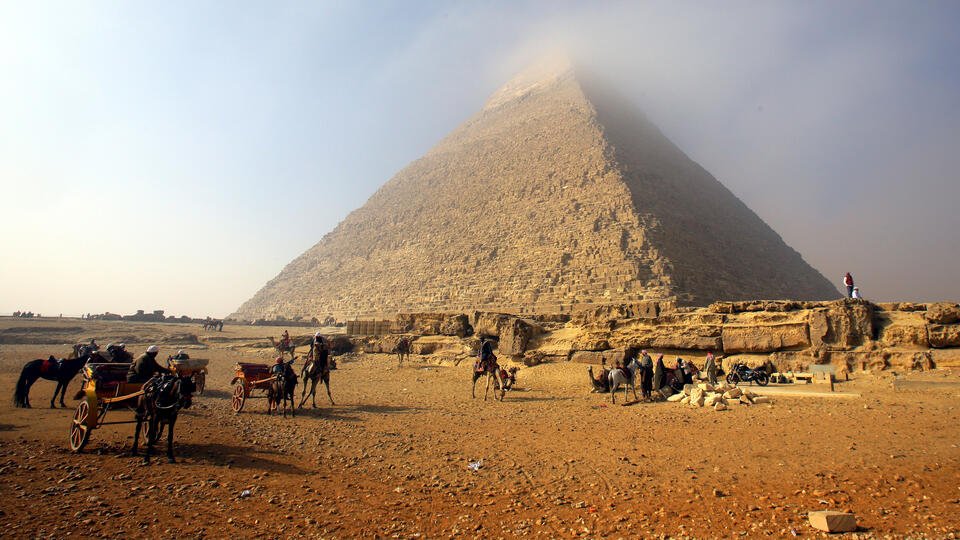 Archaeologists from all over the world are trying to unravel the mysteries of the Egyptian pyramids to this day. Armed with modern technology, they conduct new excavations and research. In August 2022, a team of French scientists managed to find out another secret of the ancient Egyptians.

“To build pyramids, tombs and temples on the plateau, ancient Egyptian engineers took advantage of the Nile and its annual floods, using an ingenious system of channels and basins that formed a port complex at the foot of the Giza plateau,” said physical geographer Hader Sheisha.

During their trip to Egypt, scientists conducted a study of fossilized pollen grains from Giza. The team found an abundance of herbaceous flowering plants and suggested that there was a body of water here in ancient times. This helped to recreate the picture of the ancient Egyptian landscape.

Now the pyramids are surrounded by a large sandy plain, and the banks of the Nile are about eight kilometers away.

How the Egyptians overcame this distance and delivered huge stone slabs to the construction site was still a mystery. It turned out that at that time the tributary of the Nile was a full-flowing river – this made it possible to transport heavy loads.