(ORDO NEWS) — An international team of scientists led by the Massachusetts Institute of Technology has developed a way by which it is possible to decompose carbon dioxide molecules and produce oxygen on Mars using plasma.

It is its electrons that will make it possible to separate the chemical element O2 from a mixture of gases. The results of the study were published in the Journal of Applied Physics. However, simply to establish the production of oxygen on the Red Planet is not enough.

To make it habitable, it is necessary to recreate the atmosphere. Scientists have proposed their own options for terraforming. What are these methods and how feasible they are, says REN TV.

Bombardment by comets and asteroids

At different times, this idea was put forward by physicist, astronomer and futurist Michio Kaku, NASA astrobiologist Chris McKay, and engineer and founder of the Mars Society Robert Zubrin.

This method is very close to natural, according to the hypothesis, liquid water and the atmosphere on Earth appeared precisely because of the fall of a huge number of icy comets. During the fall, the main part of the comet melts or evaporates, and clouds of dust rise into the air.

After several strong impacts, Mars will be shrouded in greenhouse gases, which will warm it up and melt centuries-old glaciers. 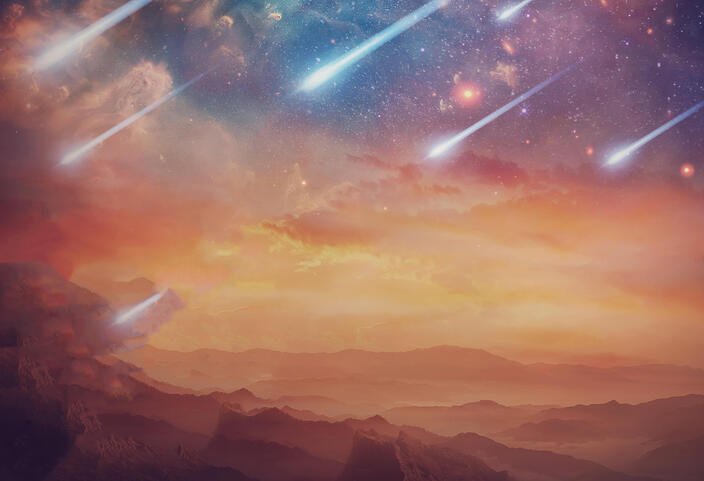 However, this option is quite difficult to implement, since it is not clear how to make comets and asteroids redirect their movement and hit right on target.

Secondly, as a result of such a bombardment, the planet can become very hot or cool – it is impossible to predict exactly how Mars will behave. In addition, Mars does not have enough gravity to maintain a permanent atmosphere, so it will have to be renewed regularly.

Strike with thermonuclear charges on the poles

The American inventor and entrepreneur Elon Musk proposed to blow up powerful thermonuclear charges at the poles of Mars to form a dense atmosphere, during which water and carbon dioxide would evaporate from the polar ice.

These components will create a dense atmosphere. After some time, due to the concentration of greenhouse gases, the surface of the Red Planet will heat up and a liquid ocean will appear on it.

This option, of course, is much simpler than the bombardment by comets, but after its implementation, it is unlikely that anyone will want to live on Mars, since this option threatens him with the strongest radioactive contamination. In fact, the Red Planet will be no different from the Earth, which suffered an atomic war. 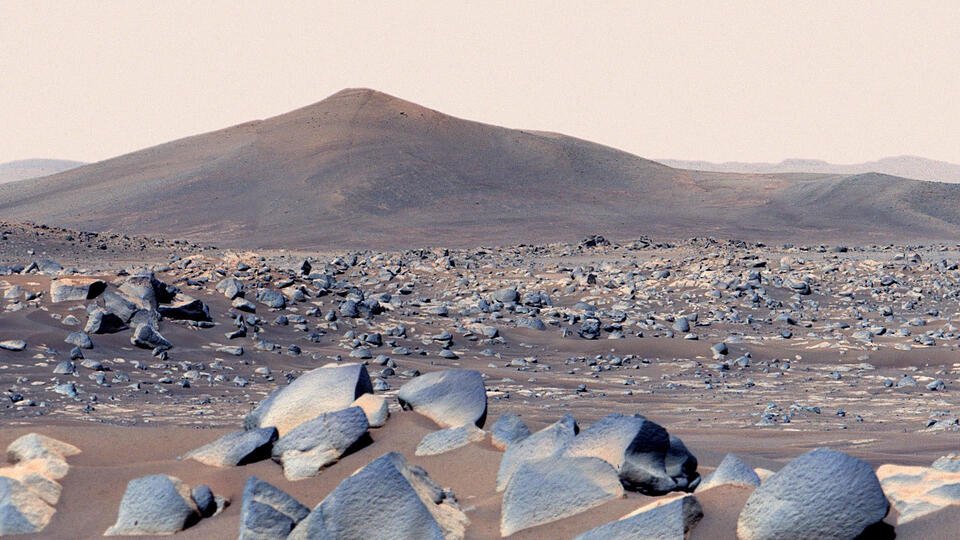 Michio Kaku proposed a safer concept for terraforming Mars. His idea is to build and launch thermonuclear reactors on the planet, which should heat up and melt the polar ice. However, they will melt for more than one century. It will also take a long time to build and maintain the safe maintenance of such fusion reactors.

For the safe creation of the atmosphere on Mars, experts proposed to build and evenly distribute 100-150 plants on the planet that produce greenhouse gases, methane and freon.

Zubrin and McKay believe that in 10-30 years it will be possible to create an atmosphere of the desired density, provided that the factories operate smoothly.

In addition, these gases will not have a large harmful effect on the future ecosystem, but will cause a strong greenhouse effect. Under such conditions, oxygen-producing autotrophs, organisms that synthesize organic substances from inorganic ones, can exist.

Scientists have proposed using orbital mirrors to start the process of global warming with the subsequent formation of the atmosphere. To implement the idea, it is necessary to place them near Mars and send giant sunbeams to the age-old ice. 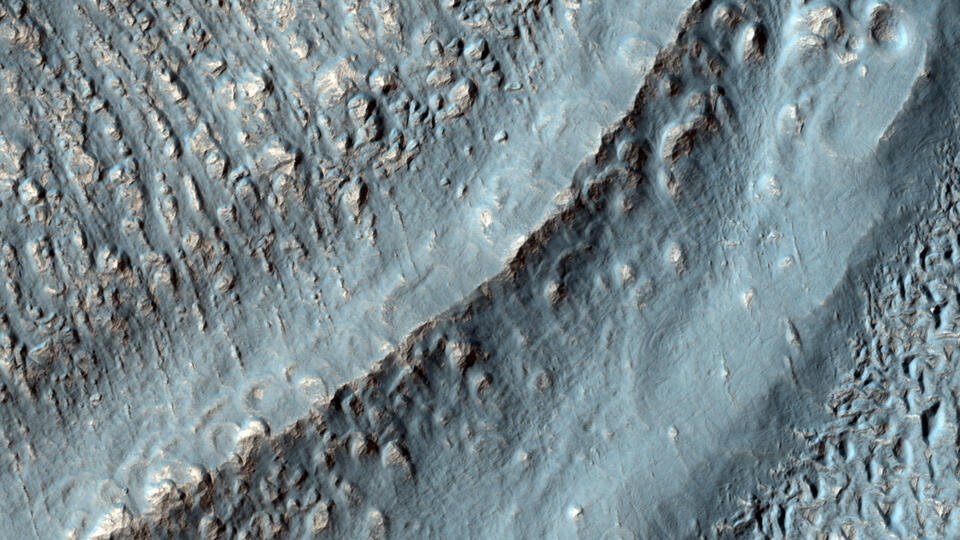 Earthlings have already created space mirrors, but the experience was not very successful. Roscosmos sent the Znamya-2 and Znamya-2.5 spacecraft into low-Earth orbit in the 1990s.

On the first one, they even managed to unfold a 20-meter folding sail made of a reflective metallized film a few tens of microns thick and launch an eight-kilometer sunbeam to Earth.

But the second sail with a diameter of 25 meters could not be deployed. Similar projects were proposed by other states, but these experiments did not lead to anything.

To melt the glaciers of the Red Planet, mirrors with a diameter of several kilometers are needed. The problem is not only in the creation of such huge reflectors, but also in their delivery to Mars, deployment and adjustment. This will take hundreds of years.

One of the safest ways to create atmosphere involves covering the Martian polar caps with a thick layer of dust so that they reflect less of the sun’s rays and begin to melt.

It is quite expensive to transport this dust from the Earth, so it is supposed to be taken from the surface of the natural satellites of Mars – Phobos and Deimos, since they are completely covered with regolith – loose and loose soil.

Researchers from McGill University (Canada) have calculated that a decrease in the albedo (reflection coefficient) of the polar caps from 0.77 to 0.73, that is, a decrease of only four hundredths, will lead to the complete transformation of glaciers into water in a couple of hundred years.

Experts believe that due to the solar wind, about 90% of the Martian atmosphere dissipated over billions of years. In this regard, the pressure at the surface of Mars is 0.7-1.155 kPa (1/110 of the earth’s).

If it can be raised to a level that is half or a third of the earth’s pressure, then the colonists could be on Mars without spacesuits at certain times of the day and year. In addition, many terrestrial organisms would feel more comfortable on Mars.

NASA experts believe that it is possible to increase the pressure of the atmosphere on Earth’s neighbor by protecting Mars from the solar wind, which can provide a magnetic field.

NASA Director of Science Jim Green proposed creating an artificial magnetic field on Mars. For this, it is necessary to make a magnetic shield – Mars L1, which will close the planet from the solar wind, then it will begin to restore its atmosphere. 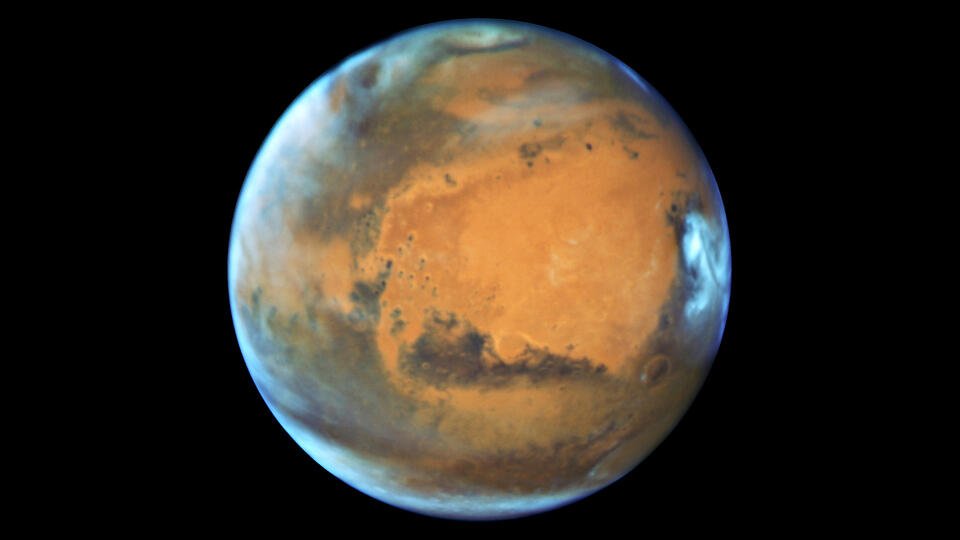 The shield should be between Mars and the Sun, where it would be in a stable orbit. The creation of the field is planned with the help of a huge dipole or two equal and oppositely charged magnets.

A few years after the launch of the magnetic shield, the pressure on Mars will reach half that of the Earth, the authors of the idea came to this conclusion after testing simulation models of the shield.

In the future, carbon dioxide will evaporate at the poles of Mars and pass into gas from the solid phase, the greenhouse effect will begin, and then it will warm up, and the ice will melt and the planet will be covered with water. Scientists believe that such conditions were on Mars about 3.5 billion years ago.