US, WASHINGTON (ORDO NEWS) — The results of the study are published in the journal The Lancet. From Russia, the study was attended by employees of the laboratory for the analysis of population health indicators and digitization of healthcare at the Moscow Institute of Physics and Technology, employees of the Higher School of Economics and healthcare institutions.

The article estimated the expenditures of 195 countries and territories on health care (including by dividing them by source: state, own funds, prepaid services, such as voluntary medical insurance) from 1995 to 2017. For individual countries, the costs allocated for the fight against specific diseases were considered: HIV / AIDS and tuberculosis (in 135 countries), as well as malaria (in 106 countries most affected by this disease) – from 2000 to 2017.

In 2015, the UN adopted the Sustainable Development Goals, the full title of the document is “Transforming our world: the agenda for sustainable development for the period until 2030”. Since the adoption of the goals in 2015 (one of which is “ensuring a healthy lifestyle and promoting well-being for all at any age”), health care spending has increased annually, reaching $ 7.9 trillion in 2017 and, as previously forecasted, increase to 11 trillion by 2030 and 16.7 trillion by 2050.

At the same time, in Greenland, 100% of health care spending is made up of public and private prepaid funds (insurance programs), and, for example, in France – 90.6%. In Afghanistan (6.7%), this percentage is minimal, that is, health care costs come from personal, out-of-pocket funds. 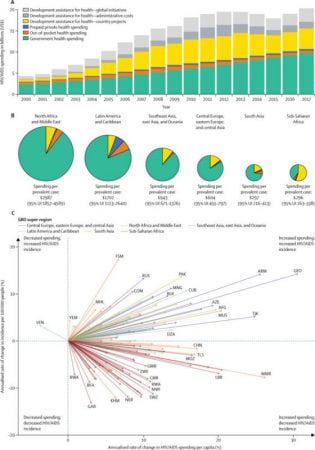 The results were commented by one of the study participants – Stanislav Otstanov, deputy head of the laboratory for analysis of indicators of population health and digitalization of health at MIPT: “The problem of effective financing of health is complex. Increasing costs does not necessarily lead to an improvement in the situation; resources are not always allocated efficiently; not everywhere, the management system is properly built.

But underfunding, trying to save, is always bad. Moreover, in my opinion, the term “expenditures” or “expenditures” for health care is not entirely correct, because what we are talking about is primarily investments: in specific people, in labor potential, and in the defense of the state ” .

But despite the fact that the total amount of financing has increased, in a number of countries its reduction is observed. If in some cases, as the incidence decreases, this seems justified (for example, for malaria in Yemen), then the situation in Venezuela, where funding is decreasing at the same time as the incidence increases, is particularly alarming: it is obvious that the country needs international assistance. 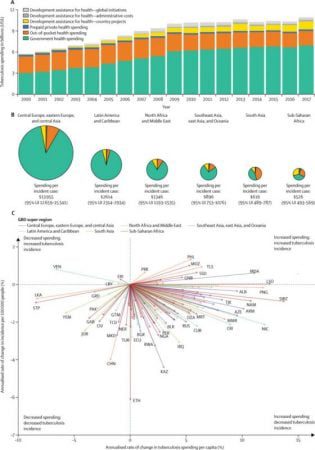 “We see that in 2019, investments in anti-epidemiological measures amounted to 374 million. In 2020, a pandemic developed, showing that such investments were insufficient. The situation in 2020 makes us think about reorganizing the health financing system of all countries. Current experience should teach us not only to respond to the threat of a pandemic, but also to prepare for it correctly. Because we don’t know what other tests await us ahead, ”continues Nikita Otstanov, another co-author of the work, a junior research fellow at the Moscow Institute of Physics and Technology.

In the post-Soviet space, the largest funds are spent on health care in the Baltic countries, while in Lithuania ($ 1,400) and Estonia ($ 1,139) they exceed the world average, in Latvia ($ 1,005) – slightly less. In Russia, the sum of per capita expenditures is estimated at 574 dollars (this is 18 times less than in the USA and a little more than in China: 542 dollars).

The dynamics of the indicators of expenses on the health of Russians has been growing since 1995: from $ 307 to more than $ 600 according to the present moment. Approximately 40% of all healthcare costs in Russia are paid out of personal funds.

A positive point is the increase in funding allocated to fight HIV / AIDS, but it is not yet enough to turn the tide: the incidence of HIV is growing. At the same time, it is encouraging that with increasing funding for the fight against tuberculosis, their incidence is almost proportionally reduced. Some concern is caused by the fact that of the post-Soviet countries, the smallest percentage of GDP goes to healthcare in Russia (5.3%) and Kazakhstan (3.4%).

Stanislav Ottavnov concludes: “Economics is the science of how to properly manage limited resources. The COVID-19 pandemic only underscores the relevance of investing in healthcare. Of course, many things are connected, and, on the one hand, the RCHBZ units, the maintenance costs of which are specified in the “defense” lines of the budget, today, as a matter of priority, solve the tasks of sanitizing civilian objects, including through assistance to other countries.

On the other hand, a pandemic is detrimental to both the economy and the country’s defense capabilities. If once people were worried about the flight range and the number of missiles in service with foreign countries, they were worried about whether there were enough places in shelters, today one of the main questions is whether there will be enough ventilation devices for patients with COVID-19 and personal protective equipment for health workers. ”