(ORDO NEWS) — Modern scientists have long preferred to limit the history of human civilization to a few thousand years, until which the abyss of the wild and cruel Stone Age supposedly extended.

But the discovery of such ancient cities as Chatal Guyuk in Asia Minor or Jericho in Israel made us look at this issue a little differently and extend the cultural period of human existence by about four to five millennia.

However, as far as the written testimonies of the ancients are concerned, science continues to take into account only those that it recognized several decades, or even a hundred years ago.

Meanwhile, there are documents that make it possible to calculate the history of terrestrial civilization by at least tens of thousands of years.

Paradoxes from Serious Scientists George Sinzell was a distinguished historian. He lived at the turn of the 8th and 9th centuries after the birth of Christ.

For many years Syncellus preached in Palestine, was the personal secretary of the Patriarch Tarasius of Constantinople (784-806), after whose death he retired to a monastery, where he took up writing. Sinkell’s most important work is the Selected Chronography.

When creating it, the historian used the works of ancient authors such as Joseph, Manetho and the famous Babylonian priest Beros, in whose works one can find many very unusual things.

The erudition of George Sinsell even allowed him to reasonably criticize the father of church history, Eusebius of Caesarea, for falsifying Egyptian chronology. 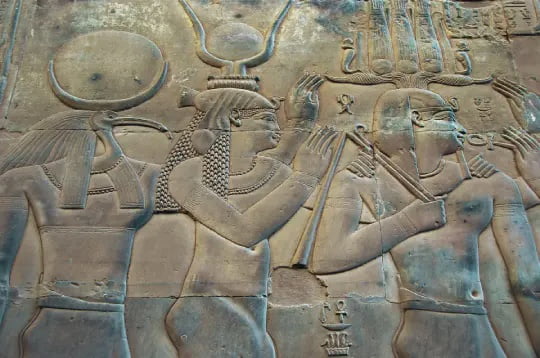 The Egyptians have a certain tablet called the “Old Chronicle”; it contains 30 dynasties over 113 generations over a period of 36,525 years. The first group (dynasty) of princes is the Aurites, the second is the Mesterenes, and the third is the Egyptians. The Chronicle says:

“For Hephaestus, time was not determined, since he was both day and night. The son of Hephaestus, Helios, ruled for 30 thousand years. Then Chronos and 12 gods ruled for 3,984 years; next were the demigods, eight in number, who ruled for 217 years.”

Syncellus himself wrote about this, in particular: The philosopher Simplicius of Cilicia, one of the founders of the Alexandrian school of Neoplatonism, distinguished by his efficiency and strict attitude to facts, in the 6th century reported that he had heard that the Egyptians had been conducting astronomical observations over the past 630 thousand years.

Even if he was wrong, and we should be talking about months, it still runs an impressive period of 52.5 thousand years. 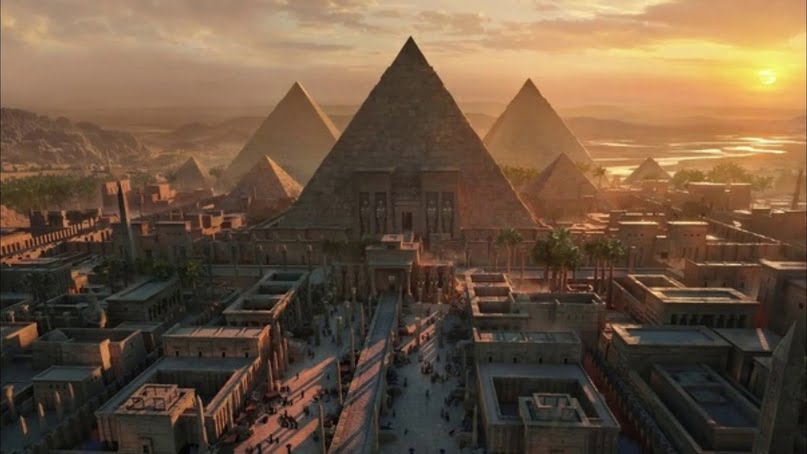 The late Romantic historian of philosophy, Diogenes Laertius, with a sharp and sarcastic mind, established that the Egyptians made their astronomical calculations 48,863 years before Alexander the Great.

The encyclopedist of the first half of the 5th century, Marcianus Capella, claimed that the Egyptians secretly studied the stars for 40,000 years before revealing their phenomenal knowledge to the world. 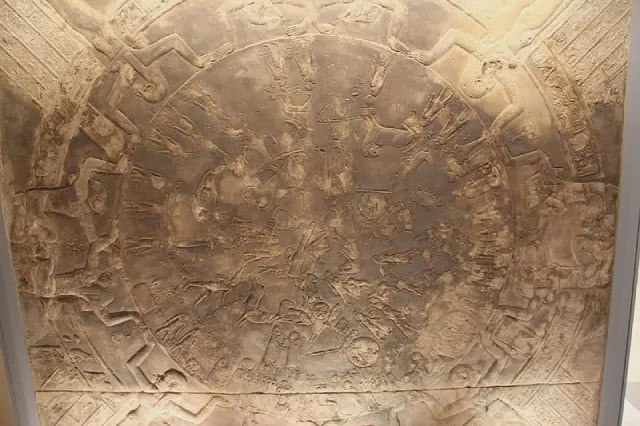 Even Manetho, whose list of pharaonic dynasties is the cornerstone of modern Egyptology, argued in favor of the much deeper antiquity of Egyptian civilization. than is commonly believed now. In the surviving fragments of his “History of Egypt” there are the following words:

The first man [or god] in Egypt is Hephaestus, who is also known to the Egyptians as the discoverer of fire. The heir of his son Helios [the Sun] was Sosis, then, in turn, Kronos, Osiris, Typhon, brother of Osiris, and finally. Horus, son of Osiris and Isis.

They were the first rulers of Egypt. After that, royal power passed from one to another, without interruption, up to Beedis for 13,900 years.

Then came the reign of the “spirits of the dead”, which lasted 5,813 years, as Manetho writes: The arrangement of the stars, as it was about 90,000 years ago, is demonstrated on the zodiac adorning the ceiling of the Temple of Hathor in the Egyptian city of Dendera.

Moreover, this zodiac is so magnificent that the original ceiling was removed and transported to Paris during the Egyptian expedition of Napoleon I, and a plaster copy was installed instead of the original. 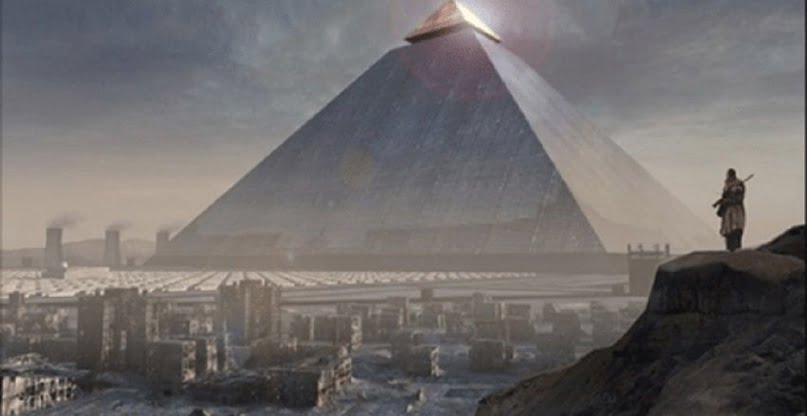 The originally built temple had long since turned to dust, but the unique zodiac was copied by initiates who sought to preserve this evidence of the deep knowledge of the ancients.

A date of 90 thousand years shocks our modern minds, accustomed to limiting the history of civilization to four or five thousand years, but similar zodiacs have been found in the temples of North India and on Babylonian clay tablets.

King Lists It is curious that the Chaldeans (Semitic pastoral tribes that inhabited the environs of Babylonia in the first half of the 1st millennium BC) also had the so-called king lists, operating with dates of unimaginable antiquity.

The history of the Sumerians, who preceded the Babylonians in Mesopotamia, according to these lists. began with the creation of man. The Bible refers to 10 forefathers, counting from Adam; among the Sumerians, they were called the most ancient kings, and there are also 10 of them.

The Israeli forefathers were remarkable for their extraordinary longevity, but the “Methuselah age” against the background of the life expectancy of the Sumerian rulers does not seem so great. According to one of these king lists, in which only eight kings appear, they ruled for 241,200 years.

According to another, which mentions all 10, – 456 thousand years. After that, a flood broke out, but humanity was revived thanks to the surviving righteous Utnapishtim. A new dynasty of kings arose, whom their descendants perceived as gods and demigods. The dynasty had 33 kings who ruled for a total of 24,510 years.

After that, there were several more not so long-lived dynasties, but the story that science now takes seriously begins with the death of the epic hero Gilgamesh around the beginning of the 26th century BC. How many people were there?

Very unusual information about the past of mankind is also contained in the mythology of the Aztecs and Maya. We are talking not even about one, but about several human beings, which definitely echoes the teachings of the Theosophists.

The Codex Vaticanus – a true monument of the Aztec culture – says that the first race on Earth were giants, and they died of starvation. The second humanity fell victim to a grandiose conflagration. 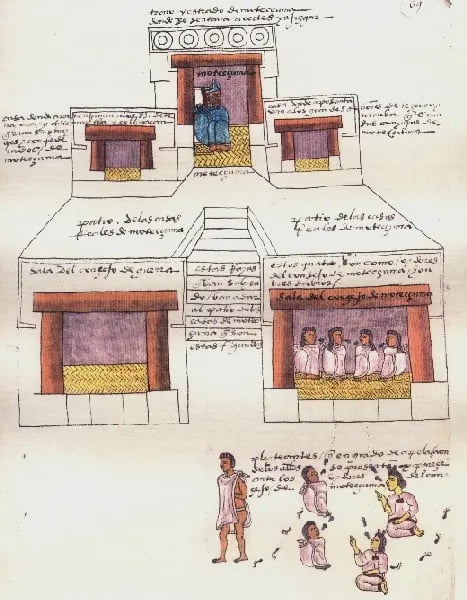 Some of these people, according to legend, were able to survive by creating tunnels and fortified chambers under the surface of the planet. Traces of branched underground structures, the age of which is difficult to estimate, are found in many parts of our planet.

There are such structures in South America, and in the African Sahara Desert, and in India, and in Western Europe, and yes, and all over the world. For example, in Karelia and in the Zhiguli mountains.

The third humanity in the myths of the Aztecs are called intelligent monkeys who died as a result of some kind of cataclysm. The fourth race was similar to modern people and drowned in the waters of the Flood. The fifth lives and develops to this day.

The Codex Rios and the Codex Telleriano-Remensis, documents transcribed in Latin script in the Aztec language from earlier sources, also tell of four who lived before the present humanity, who, again, were destroyed by global catastrophes, albeit in a different sequence.

The existence of each of these human beings is given by Aztec sources from four to five thousand years. But there is one curious nuance here.

The Aztecs and Maya, in addition to the usual dating, also operated on a number of so-called sacred years, the duration of which is, for example, -20 years for the sacred year katun, 400 years for baktun, eight thousand years for pik-tun and 64 million years for the longest in this series alautun!

Therefore, it is also necessary to clarify what years the Indians of Mesoamerica actually talk about in such annals. Of course, such dates look frankly frightening or even delusional. Perhaps they could be brushed aside, as, in general, serious science does.

However, artifacts of unimaginable antiquity, discovered in different parts of our planet by researchers and random people, I think, make us take the “strangeness” of ancient documents given in this article more seriously. 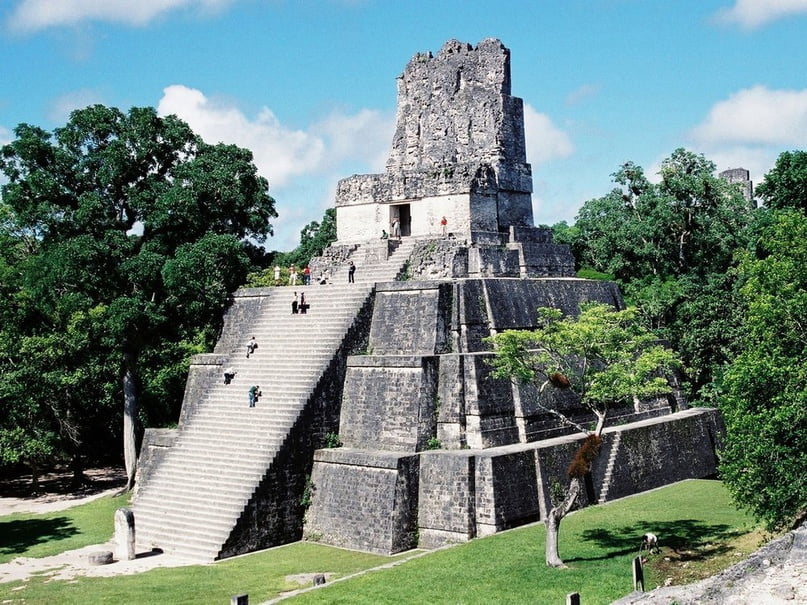 Summing up the results of our small study, I want to draw your attention to the fact that we still do not have reliable information. Yes, there are tunnels, but this does not mean any cataclysm. The texts do not answer the question, where did these other races come from?

Why were the Aztecs and Mayans not destroyed during those ill-fated periods?

Unfortunately, there are no answers to these questions yet …

The Earth’s atmosphere continues to cool

The Earth’s atmosphere continues to cool