(ORDO NEWS) — The short answer: It depends on the size of the star.

Stars are born amid turbulent clouds, and their deaths can be just as explosive. But how long do stars actually live? The short answer is: It depends on the size of the star.

For most of its life, a star exists in a delicately balanced state called hydrostatic equilibrium, in which gravity pulling in on the star is balanced by the outward push created by nuclear reactions in the star’s core.

That outward push happens as a star fuses hydrogen nuclei to form helium nuclei, which results in a burst of energy that maintains the star’s shape and brightness. Once all the hydrogen is used up, the star embarks on an irreversible path toward its demise.

The star will burn helium for a time, and the biggest stars will continue burning chemical elements up to iron, but it’s a fleeting stay of execution. Stars come in a range of sizes, from just 7% of the sun’s mass all the way up to 250 solar masses. So which ones die the fastest?

“Bigger stars have more fuel to burn,” Ryan French, a solar physicist at University College London, U.K., told Live Science. “But they also burn much harder and brighter,” French said. Their huge size means that gravity is crushing material down into their cores more intensely than in smaller stars, so their nuclear reactions proceed at an elevated rate

“Bigger stars actually exhaust the fuel available to them much faster than smaller stars,” French said. The most massive stars live for a cosmically brief hundreds of millions of years. They live fast and die young.

The smallest stars that are less than about 10% of the sun’s mass have far less fuel to begin with; even so, they can eke out a living from their fuel supply for hundreds of billions of years. 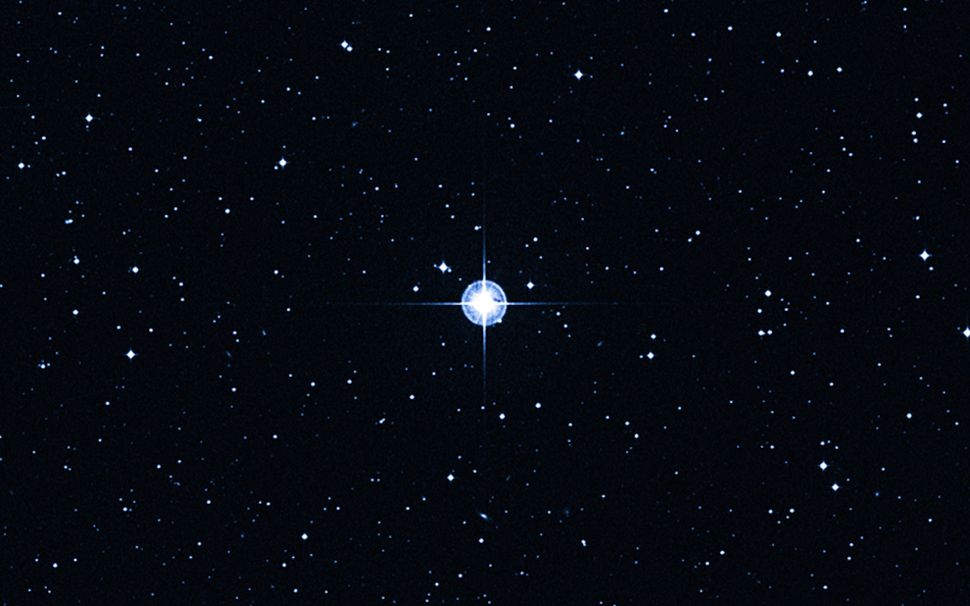 But because the universe formed just 13.8 billion years ago, there simply hasn’t been enough time for a small star to reach old age.

“One of the oldest stars ever discovered is the Methuselah Star(opens in new tab),” French said. The star, which is 190 light-years from Earth, is named after the character in the Bible who supposedly lived for almost a millennium.

“The current estimate of this star’s age is 13.7 billion years,” French said. That means it would have formed not long after the Big Bang.

By contrast, astronomers have discovered some stars, called protostars, that are still in the process of forming. Observed using the Atacama Large Millimeter/submillimeter Array (ALMA) in Chile, these stars are less than 500,000 years old, according to the Max Planck Society(opens in new tab). “Humans were using stone tools by the time these stars first ignited,” French said.

So how do astronomers work out a star’s age? “It’s not simple,” French said. “Astronomers use a combination of measurements of the star’s mass, brightness and speed in space to compare with other stars, and computer simulations to estimate its age.”

Our own sun’s age is about 4.6 billion years old somewhere between protostars and the Methuselah Star. Astronomers think it is nearly halfway through its lifespan. “In about 5 billion years’ time, the sun will stop fusing hydrogen into helium within its core,” French said.

Once the sun’s core runs out of fuel to counteract gravity, it will begin to contract. The sun’s outer shell, meanwhile, will expand, as it still has some hydrogen to fuse. “The sun will become so large that it will swallow up the orbits of Mercury and Venus,” French said.

After around 1 billion years, the outer core will have used up its hydrogen and move on to helium fusion. Eventually, the sun will run out of fuel, its core shrinking into a ball of carbon and oxygen called a white dwarf; its outer layers will dissipate and become a nebula an envelope of hot, leftover plasma.

It’s a reminder that, though even the biggest stars live far longer than humans, nothing lasts forever.