(ORDO NEWS) — Just five years ago, hardly anyone could have imagined that Bill Gates, one of the founders of Microsoft, would be inflamed with hot and unrequited love by conspiracy theorists of all stripes. What is not attributed to him – and the massive chipping of the population through vaccination, and plans to destroy part of the world’s population, and the creation of COVID-19 and, of course, the desire to seize power over those who dare to survive after the pandemic.

The reality, however, is much simpler and more prosaic – the billionaire, philanthropist and one of the richest people on the planet according to Forbes is actually not a reptilian at all, but a person who is interested in the future of the planet. Crazy conspiracy theories aside, it turns out that Gates is usually right in his predictions, and his concerns about climate change are shared by thousands of scientists around the world.

A look into the future

Let’s not hide – some scientists directly involved in the problem of climate change are quite pessimistic about our common future. They can be understood – despite the goals outlined in the Paris Agreement on climate (signed by the heads of 197 states in 2015, the main goal is to prevent the global average annual temperature on Earth by 2100 from exceeding two degrees Celsius from pre-industrial levels), as well as the adoption measures to keep warming within 1.5 ° C), 2020 was the hottest year since the start of meteorological observations, and  quarantine restrictions introduced around the world did not slow climate warming.

Today, the average temperature on the planet is 0.75 degrees higher than the average annual rates in 1850-1900.

Gates, however, does not share this pessimism. In his new book, Avoiding Climate Catastrophe, he brings a plan to eliminate efforts to mitigate the effects of global warming because it’s too late.

The Microsoft founder argues that the impacts of climate change will be far worse than the impact of a pandemic if we cannot zero our greenhouse gas emissions by 2050. He knows the mission seems impossible, but he doesn’t think it’s impossible if markets, tech companies, and politicians all share a common goal.

Bill Gates on the COVID-19 pandemic

Answering the questions of El Pais journalist about the coronavirus pandemic, Gates noted that humanity will largely overcome the most dramatic consequences of the pandemic. Given that vaccination of the population in many countries of the world has already begun, the question is whether we can reduce the number of new infections with SARS-CoV-2 to zero. The situation is complicated by the emergence of new strains of coronavirus, however, according to the entrepreneur, the vaccines available today (we are talking about the Pfizer vaccine) will be effective against new variants of the disease.

The Gates Foundation has invested $ 1,750 million in research and development of drugs against COVID-19. 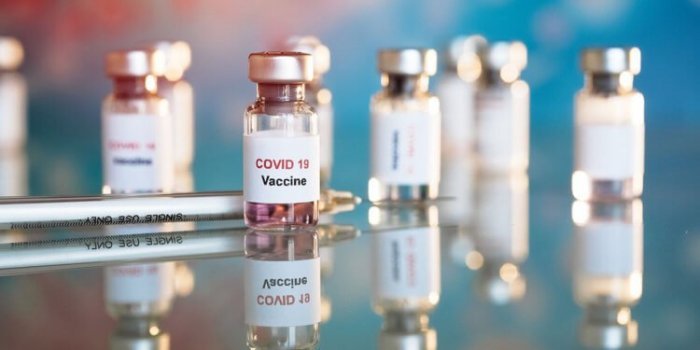 The Bill & Melissa Gates Foundation is considered the largest private foundation in the United States, with its primary goals of improving global health care, reducing poverty, expanding educational opportunities and access to information technology. By increasing investment in research and development over the next five years, Gates hopes to solve all the problems associated with vaccine production and distribution. But the next pandemic – if humanity learns a lesson from the current one and takes the path of global cooperation – will not take even 10% of the lives.

According to the entrepreneur and public figure, the problem of climate change is more difficult to solve than all the problems of the pandemic combined, but if this is not done, the negative consequences will be much worse. “I am glad that interest in climate change has not waned, as happened during the last financial crisis. At the Gates Foundation, we have created working groups to find possible solutions, ”says Gates.

He also notes that carbon dioxide emissions are growing and in the future they will come mainly from air conditioning, construction and lighting: “World leaders today talk a lot about reducing electricity consumption, but this is not the right way to reduce emissions to zero.” Of course, such measures can be useful, but the only way to achieve this goal is not to drive less, but  to drive a car with zero CO2 emissions.

Meanwhile, in poorer countries, jet fuel, steel and cement are still essential for economic growth, and they cannot be replaced if prices rise significantly. According to the entrepreneur, the poorest segments of the population, many of whom are located in Africa, can be helped in the form of subsidies provided in the framework of international cooperation. This may be necessary as the country’s population is growing and climate change will only exacerbate the situation.

The billionaire is also convinced that the poorest countries should not suffer such large losses, because they do not have the greatest responsibility for climate change. It turns out that those who contributed least to the problem will suffer the most.

Evidence of survival of terrestrial microorganisms found on Mars

Evidence of survival of terrestrial microorganisms found on Mars