(ORDO NEWS) — In 2021, an expedition off the northern coast of Greenland discovered a mysterious island that has not been charted.

It was small and covered with gravel, and was declared a contender for the title of the northernmost landmass in the world. The discoverers named it Qeqertaq Avannarleq – Greenlandic for “the northernmost island”.

However, strange things have been happening in this region. Several other small islands were discovered north of Cape Morris Jesup over the decades, but these later disappeared.

When a team of Swiss and Danish surveyors traveled north to investigate the “ghost island” phenomenon, scientists discovered something amazing.

In September 2022, they found out that these elusive islands are actually large icebergs resting on the seabed. They probably sailed from a nearby glacier where other newly formed gravel-covered icebergs were preparing to float away.

This was not the first such case of the disappearance of “islands” in the Arctic. Nearly a century ago, an innovative aerial expedition changed the maps of large stretches of the Barents Sea.

The 1931 expedition was organized thanks to a spectacular publicity stunt by the American newspaper magnate William Randolph Hearst.

Hurst proposed sending the world’s largest airship, the Graf Zeppelin, to the North Pole to meet with a submarine that would travel under the ice.

The undertaking ran into practical difficulties and Hurst abandoned the plan, however the idea of ​​using the Graf Zeppelin airship to carry out geographic and scientific research in the Arctic was considered by the International Committee of Polar Sciences.

The air expedition they organized used cutting -edge technology and made important geographic, meteorological and magnetic discoveries in the Arctic, including the re-mapping of much of the Barents Sea.

The expedition was known as Polarfahrt (“polar journey” in German). Despite international tensions at the time, the zeppelin carried a team of German, Soviet and American scientists and researchers.

Among the explorers was Lincoln Ellsworth, a wealthy American and experienced Arctic explorer, who produced his first scientific report on the Polar Route and its geographical discoveries.

Ludwig Weikmann, director of the Geophysical Institute at the University of Leipzig, was in charge of meteorological operations.

The five-day journey took the explorers north over the Barents Sea to 82 degrees north latitude and then east for hundreds of miles before returning to the southwest. 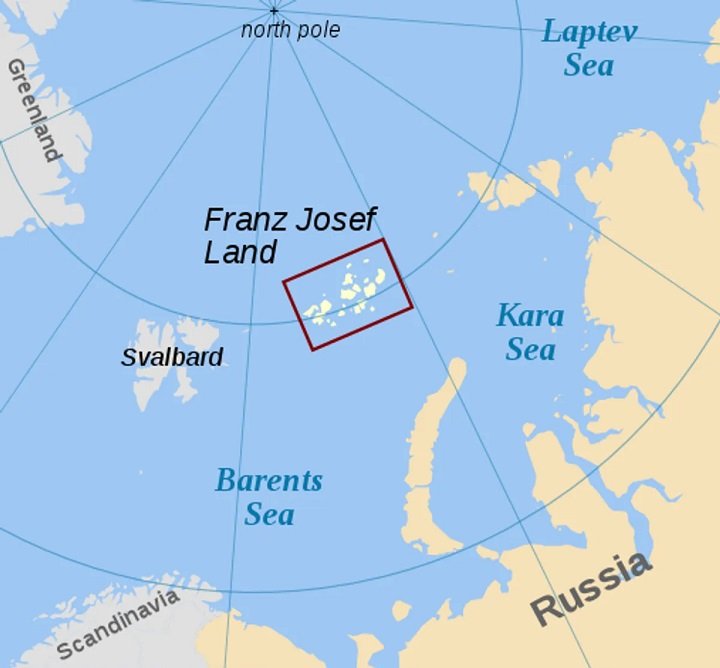 The study confirmed the existence of Franz Josef Land, but showed that the maps made by the first explorers of the Arctic had striking flaws.

The young journalist Arthur Koestler broadcast daily reports on shortwave radio that appeared in newspapers around the world.

“Our first target was an island called Albert Edward Land.

But that was easier said than done, since he didn’t exist.

It can be found on any map of the Arctic, but not in the Arctic itself…”

As ridiculous as it sounds, Harmsworth Land didn’t exist either.

Where it should have been, there was nothing but the black polar sea and the reflection of a white airship.”

“God knows if the explorer who mapped these islands was the victim of a mirage, mistaking some of the icebergs for land…

This expedition also discovered six islands and changed the coastal outlines of many land areas on the map. Since then, in this region, scientists have often observed the appearance and disappearance of islands, which in fact turned out to be blocks of ice strewn with stones.