(ORDO NEWS) — In 1994, NASA decided to create a rescue vehicle that could save lives in case of unforeseen situations that can happen at spaceports when working with flammable materials, such as various types of rocket fuel.

The idea was to develop a vehicle that could not only transport people safely, but also allow them to respond to emergencies without leaving the vehicle.

But, apparently, in order to save money, NASA purchased the M577A3 armored personnel carrier, which the engineers converted to the needs of the space agency.

The M577A3 armored command and control vehicle was used during the Vietnam War, and after the APC went to NASA, it underwent a number of modifications. 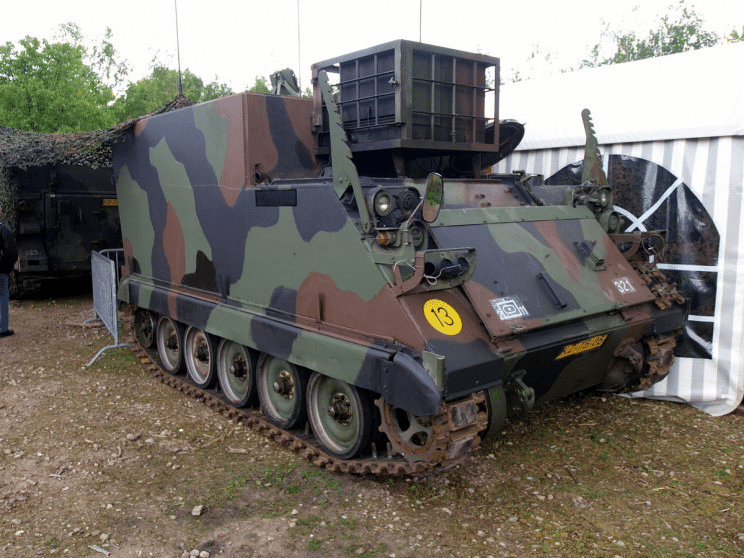 1. Engineers replaced the BTR commander’s hatch with a transparent polycarbonate dome that provides a panoramic view of the surroundings;

2. For additional visual assessment of the situation, they planned to add a so called “robot helicopter”, which was essentially a drone attached to the front upper left of the cockpit.

Controlled from inside a car, the robotic helicopter could transmit real-time stereoscopic television images and environmental information via sensors, although this device was not in the final prototype.

3. NASA engineers also developed a robotic arm that was installed at the front of the spacecraft. The robotic arm was supposed to have a payload of 272 kilograms and an auxiliary tool for grasping or cutting objects, as well as several cameras for observation by a crew member operating the arm from a workstation built into the vehicle’s cockpit.

Early drawings of the XHVR-1 prototype also show a dozer blade under the robotic arm, but this was not added to the final prototype.

4. Culbertson’s team equipped the XHVR-1 with an air conditioning and air purification system in case of toxins from outside. Last but not least, they attached a suit docking mechanism to the XHVR-1.

Patented in 1996 by Philip Culbertson, the spacesuit docking mechanism allowed two crew members to get out of the vehicle, immediately into a protective suit, without contact with the external environment (and also return).

For this, special hatches were provided in the XHVR-1, on which protective suits were attached. The crew could climb into the suits and leave them as needed.

But for some reason that NASA did not publicly explain, the XHVR-1 project was canceled and the prototype built by Culbertson never entered operational use.

America has again become a country operating in space

America has again become a country operating in space