(ORDO NEWS) — Hydrogen is the lightest and most abundant element in the Universe, which appeared as a result of the conditional Big Bang. This elementary element acts as fuel for the stars, which in the course of their life convert it into oxygen and carbon.

While the star is shining and nuclear fusion is taking place in it, the chemical elements continue to become more complex. Some stars end their lives with a supernova explosion, and this process “throws” aluminum and iron into the surrounding space. Scientists have been convinced for decades that this is how gold appears.

However, they were wrong

Binary stars are not uncommon in the Universe, and sometimes astronomers observe how a pair of neutron stars revolve around each other. This “dance” can go on for tens of millions of years, but at some point, the stars will collide anyway.

On August 17, 2017, thanks to the collaboration of the LIGO and Virgo gravitational detectors, gravitational waves were detected after the collision of a pair of neutron stars. The information received indicated that the objects were accelerated to 30% of the speed of light before impact.

As you know, each chemical element has a unique wavelength and this is due to the difference at the atomic level. The spectrum, which was observed by dozens of telescopes after the collision of neural stars, showed “fingerprints” of elements such as platinum and gold.

Astronomers have observed how gold and platinum appeared in the galaxy NGC 4993 at a distance of about 130 million light-years from Earth. The great riddle was finally solved! These elements came to Earth together with cosmic dust, which covered fantastic distances.

The gold in your jewelry was “forged” in the bowels of the most ancient and distant stars that perished millions or even billions of years ago. Every grain of gold has traveled incredible distances in order to finally find immortality in your favorite piece of jewelry. 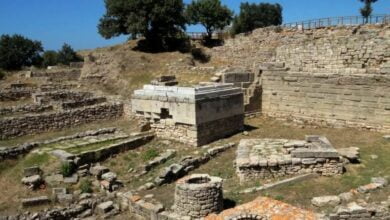