(ORDO NEWS) — Tsunami is a series of long waves in a body of water, usually in the sea or ocean, generated by a powerful impact on the water column with its subsequent movement.

Unlike ordinary waves generated by winds or tides, tsunamis are the result of large, high-energy events. For example, devastating tsunamis can be caused by earthquakes, volcanic eruptions, underwater landslides, glacier breaks, and meteorite impacts. In the open ocean, tsunamis move at great speed, but when they hit shallow water, the waves slow down, and their amplitude (height) increases.

The vast majority of tsunamis are caused by earthquakes that occur in the subduction zone – the area at the boundary of the lithospheric plates, along which some blocks of the earth’s crust sink under others.

The friction between the subducting and creeping slabs is enormous, which prevents them from moving smoothly, and “stuck” occurs instead.

The sinking of the subducting slab into the mantle causes a slow distortion of the creeping slab. As a result, energy begins to accumulate, very similar to the energy stored in a compressed spring. This process can continue for quite a long time – decades or even centuries.

In the crawling slab, energy accumulates until it exceeds the friction force between two “linked” slabs. When this happens, the creeping slab “bounces” and the sudden movement, accompanied by the release of a large amount of energy, causes a tsunami, as it gives a powerful impetus to the overlying waters.

The inner regions of the crawling slab then descend and come into contact with the subducting slab again.

A moving wave begins its movement from the epicenter of an earthquake. Some of the waves dissipate in the ocean basin, while the other rushes to land, flooding the recently lowered coastline.

In the open ocean, waves move very quickly and a vivid example of this is the tsunami that arose as a result of an earthquake off the coast of Chile in 1960.

The tsunami took only 15 hours to cross the Pacific Ocean and reach Hawaii, and less than 24 hours to hit the coast of Japan. 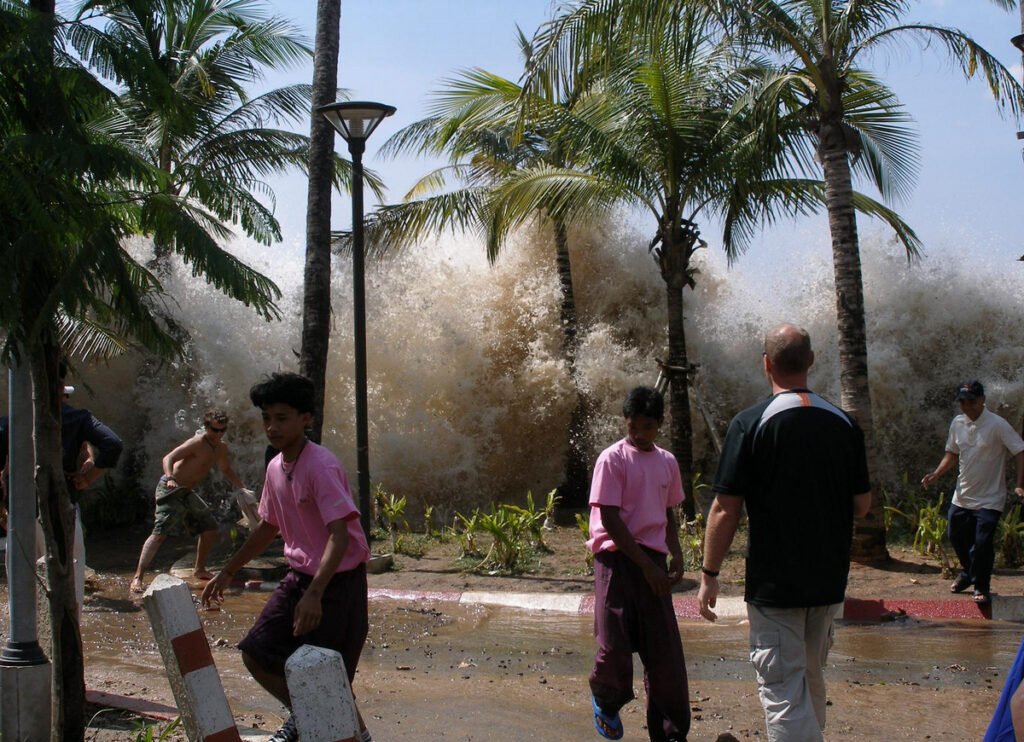 Many people mistakenly believe that a tsunami is a solitary wave. This is not true. Instead, a tsunami is a “wave train” of interlocking waves of different sizes. A tsunami is a series of slightly oversized waves followed by several much larger waves that deal massive damage.