(ORDO NEWS) — We have known quite a bit about the stars by observing them since humans first looked through a telescope about 400 years ago.

The life of stars follows a pattern that is very consistent and obeys the laws of physics, manifested in the struggle between gravity and radiation pressure caused by nuclear fusion. This means that the life cycle of a star goes through several fairly well-defined phases.

Take a huge stretch of space, tens of light-years across, with a lot of cold gas, and then “disturb” it a little.

This will cause the group of dots in this gas cloud to be slightly denser than other areas, and if conditions are right, the gas around these dots will slowly collapse under gravity into spheres that will get hotter and hotter. 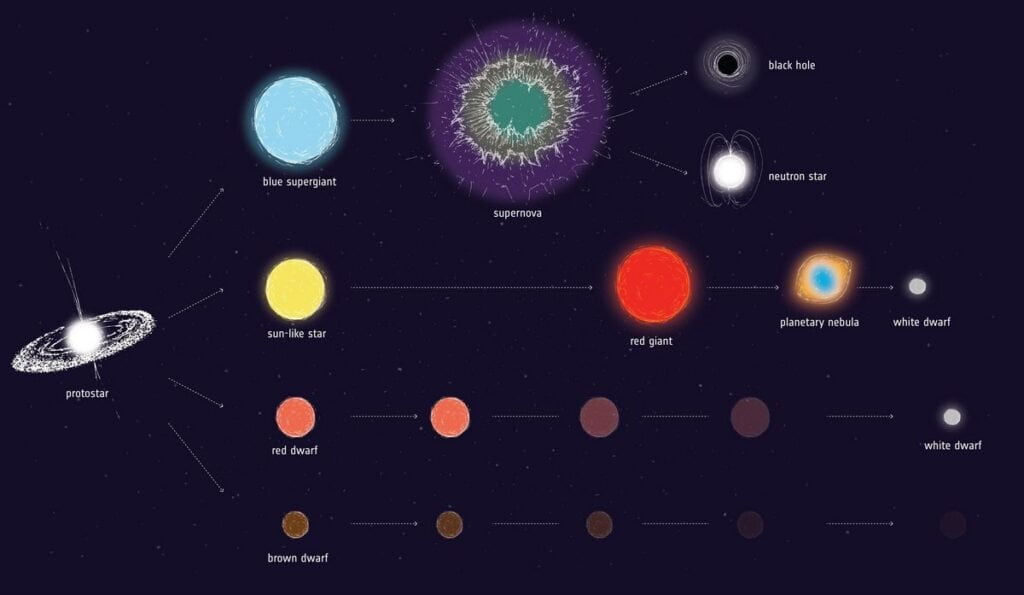 These balls of gas, mostly hydrogen, will not only get hotter, but also denser, until the temperature in their cores reaches about 15 million degrees Celsius. Up to this point, we call them protostars. The time it takes for a star to complete its protostar phase is inversely proportional to its mass.

That is, the larger the mass, the shorter the time, and the smaller the mass, the longer it will take. It may take about 50 million years for a Sun-like star to complete a phase of its protostellar evolution.

As soon as the “magic” 15 million degrees is reached in the core of a star, nuclear fusion begins. Roughly speaking, the hydrogen in the core is slowly compressed and forms helium.

This phase is called the “main sequence” and is the longest phase in the life of any star. And it is when a star completes its main sequence phase that we learn its age.

Once the hydrogen in the core of a star runs out, it becomes unstable and expands incredibly violently, entering the red giant phase . If the star has enough mass, then gravity will crush the core, heating it up to 80 million degrees, which will lead to the “transformation” of helium into carbon.

The helium combustion phase is called the horizontal branch. For stars like our Sun , that’s where the fun ends, as they don’t have enough mass to fuse carbon, so once the core runs out of helium, nuclear fusion stops and the sun-like star’s outer layers are ejected, exposing a stellar remnant called a white dwarf.

In fact, this is the core of a star, which is slowly cooling down. For our Sun, this entire process – from the moment of birth to the white dwarf – takes about 10 billion years. For more massive stars, this process can take “only” a few tens of millions of years.

There are some stellar parameters that are fairly easy to measure – mass, luminosity and temperature. If you know the distance to the star, then the luminosity is fairly easy to calculate, since the energy reaching the Earth decreases with distance.

Determining the mass is a little more difficult, as it requires some precise measurements and observations of the star’s movement through space and time. 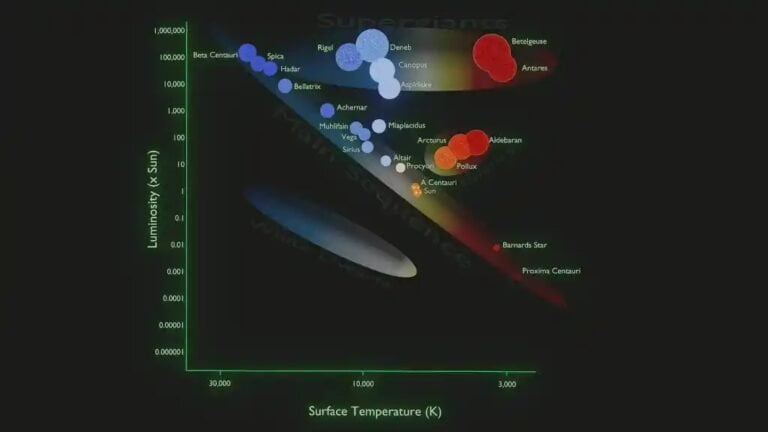 Over the centuries of advancement in astronomy, scientists have measured the key parameters of thousands upon thousands of stars and plotted them on a graph (below), which plots luminosity on the y-axis (vertical) and temperature on the x-axis (horizontal).

This graph was developed by astronomers Einar Hertzsprung and Henry Russell around the same time, which is why it is called the Hertzsprung-Russell diagram.

Astronomers have plotted so many stars on the Hertzsprung-Russell diagram that the mass of a particular star can be determined simply by plotting the luminosity and temperature.

You can also use the Hertzsprung-Russell diagram to trace the life of a single star and see the phases it goes through. 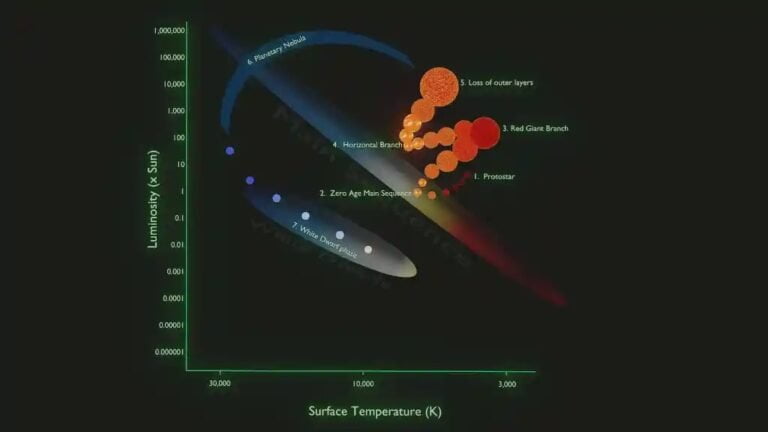 So, if we plot all the stars in the cluster on a Hertzsprung-Russell diagram, then we get a graph (below) showing the current evolutionary position of all the stars, which will allow us to find out their age.

We will see a lot of luminaries on the main sequence, and then a sudden turn to the right, what we call “off the main sequence.” Based on the position in which this occurs, we can estimate the age of the cluster. 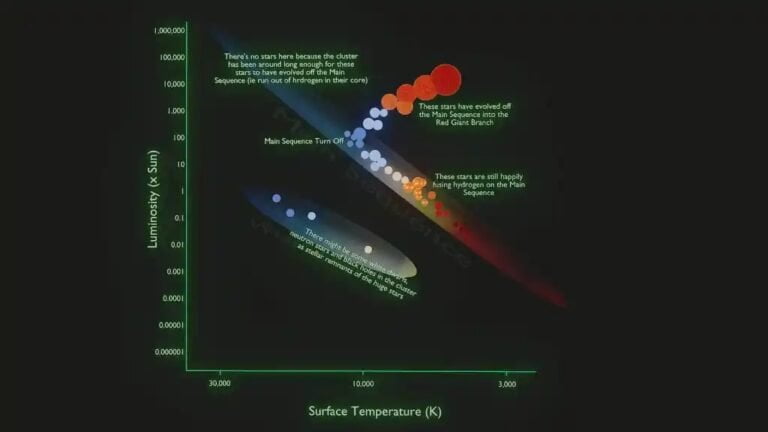 How do we know the age of stars?

For example, a star with about six times the mass of the Sun will burn hydrogen (on the main sequence) for about 100 million years.

So, in the diagram above, if we don’t see stars on the main sequence that have a higher mass (more than six times the mass of the Sun), then we can estimate the age of the cluster at 100 million years. This is how we can determine the age of stars!

One of the secrets of the Stradivarius violins

One of the secrets of the Stradivarius violins