(ORDO NEWS) — Our planet’s oceans generate characteristic light signatures when sunlight reflects off them. Exoplanets with significant ocean coverage can do the same.

The new study looks at light signatures bouncing off Earth’s oceans and examines their flux and polarization. The researchers modeled two Earths: a dry planet and a wet planet with clouds and an Earth-like atmosphere.

They then modeled how light would bounce off these planets under various conditions. They found that only the ocean can cause a certain change in the polarization of light.

According to some scientific estimates, up to a quarter of the known exoplanets have oceans, although most of the water may be under the surface.

In our solar system, only planet Earth has surface water. Several moons in the solar system have subsurface oceans, and some of the dwarf planets probably do too.

In the course of numerical simulations of exoplanets, the researchers established three parameters: the total flux (F), the polarized flux (Q), and the degree of polarization (Ps).

“The oceans are made up of reflective Fresnel surfaces with wind-blown waves, foam and wave shadows over natural blue sea water,” the scientists explain.

Fresnel reflection is when the reflected light is in the same plane as the incident light. The second name for this phenomenon is parallel polarization, named after Augustin-Jean Fresnel. He invented a lens used in lighthouses that focuses light into a narrower beam.

Measuring the polarization of light from the oceans is important because starlight does not have to be polarized. Also, if light signals deteriorate with distance, then the degree of polarization does not.

The 40m Extremely Large Telescope (E-ELT) and the Ultraviolet, Optical and Infrared Space Telescope Project (LUVOIR), a space telescope concept being developed by NASA, will be capable of measuring polarized light.

The main conclusion is that the degree of polarization (Ps) falls only under certain measurable circumstances. As the authors note, “The fall of Ps is observed only for oceanic planets and only at cloudless brightness.”

Space science is confident that exoplanets with oceans exist and can support life. Hints of exo-oceans appear when scientists measure the density of an exoplanet in relation to its size.

If their simulations prove correct, we may be able to develop a reliable way to detect ocean worlds at great distances. The E-ELT should first see light around 2027 and will be able to detect polarized starlight reflected from the oceans.

Perhaps soon after that we will receive the first confirmed oceanic exoplanet. 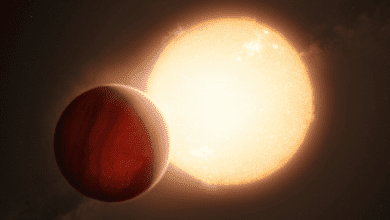 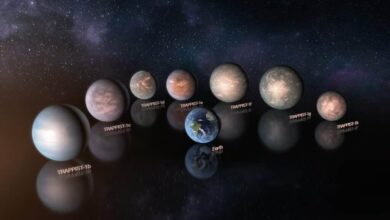 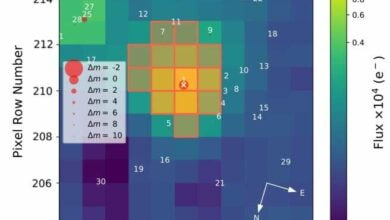