(ORDO NEWS) — Astronomy instills humility. But we humans like to feel special. This desire is so firmly rooted in our minds that every fourth inhabitant of Russia believes that the Sun revolves around the Earth (according to VTsIOM data). Such an attitude towards reality is depressing, even despite the understandable tendency of Homo Sapiens to irrational thinking. And as the Earth revolves around a star located at a distance of almost 150 million kilometers, it receives charged particles from the Sun that affect the nature of space throughout the solar system. This hot, glowing ball of hydrogen and helium made life possible on our planet. The Sun also controls space weather, which can have a direct impact on our lives.

Lighting up the darkness

The age of the Sun is known to be approximately 4.6 billion years. Many scientists believe that our star and the rest of the solar system formed from a giant swirling cloud of gas and dust called the solar nebula. In fact, the Sun is not a unique or particularly complex star.

And although the Sun accounts for 99.8% of the total mass of the solar system, in fact it is just a large ball of gas. Fusion inside a star creates energy that travels to the surface of the Sun on a journey of a million years. These processes will stop in about five billion years, so we obviously do not need to worry about the imminent death of the star. And yet, scientists have a lot of questions to the Sun.

Space weather directly depends on the Sun, which throws a stream of charged particles into the surrounding space – the “solar wind”. Sometimes particles erupt from sunspots (cooler regions of the Sun’s surface) creating “solar flares” that can lead to power outages on Earth.

The temperature on the surface of the Sun (that is, the part of it visible to us) is about 5500 degrees Celsius. The surface of a star is called the photosphere – the area from which most of the radiation comes out. The radiation from the photosphere is called sunlight, which takes approximately eight minutes and twenty seconds to reach the Earth’s surface and our eyes.

Throwing charged particles into outer space – the solar wind – the Sun thereby forms space weather, having a direct impact on geomagnetic storms on Earth. The latter occur when plasma bursts from the Sun’s surface erupt through coronal holes, low-density patches in the star’s outer atmosphere.

The speed with which the ejected plasma reaches the Earth is important, since the higher the speed, the stronger the geomagnetic storm. The solar wind propagates at a speed of about 1.4 million kilometers per hour, but this speed can increase five times due to some solar phenomena.

Thus, the most powerful geomagnetic storm in the history of observations began due to a coronal mass ejection in September 1859. Studies show that if a geomagnetic storm of this magnitude were to hit Earth today, the cost of damage would be $2 trillion.

Space weather includes all conditions and events on the Sun, without exception, that can affect space and terrestrial technological systems, and through them, human life and activities.

The sun goes through a natural cycle about every 11 years, peaking and waning in its activity. The cycle is characterized by an increase and decrease in sunspots – dark areas on the surface of the Sun. The greatest number of sunspots in any solar cycle is referred to by scientists as “solar maximum” and the smallest as “solar minimum”.

Eruptions that occur during solar maximum do not harm people on Earth, but have a significant impact on radio communications. Scientists recently reported on a powerful solar flare that led to radio outages in Australia, the Western Pacific and East Asia.

Imagery provided by NASA shows a large sunspot group AR2993-94, indicating the Sun’s awakening in the latest 11-year activity cycle that began in 2019 and is predicted to peak in 2025.

However, there is a possibility that space weather will not get around the solar wind due to coronal mass ejections. And if this happens, the inhabitants of the Earth will be able to admire the northern lights.

The researchers also note that solar flares and coronal mass ejections will become a frequent occurrence over the next few years, which will increase the level of danger of solar activity. It should be noted that so far we have avoided the worst effects of solar storms, but this may change in the future.

Sunspots are one way to measure the activity level of the Sun. As a rule, the more sunspots we observe, the more active the star. Recently, researchers have discovered huge clusters of sunspots, some of which are so large that they could swallow the Earth whole.

The discovered “active regions” numbered 2993 and 2994 (AR2993 and AR2994) are likely to be followed by a third group. Researchers believe that it was she who caused a powerful solar flare that passed by the Earth in mid-April. Each group on the surface of the Sun consists of several sunspots, covering an area larger than the diameter of the Earth.

Sunspots appear on the outer surface of the Sun (the corona), remaining on it from several hours to several months, after which they begin to disintegrate, the astronomers explain.

The reason for their appearance is probably a temporary decrease in the temperature of the star’s surface during the creation of a magnetic field. Astronomers have been documenting changes in the frequency of star spots on the Sun since they were first noticed by Galileo and other astronomers in the 1600s.

We also note that solar storms, like hurricanes on our planet, are evaluated on a five-point scale. In general, NASA believes that the Sun in 2022 will behave relatively calmly.

The researchers also monitor nearby stars and have even cataloged the starspot activity of 58 other sun-like stars. You can get acquainted with their work in the scientific journal Astronomical Journal, and continue observing the Solar Orbiter space probe, which has already taken amazing pictures of Venus, Earth and Mars and allowed you to take a fresh look at your native star.

The surprising science of the wild yeasts in your sourdough starter

The surprising science of the wild yeasts in your sourdough starter 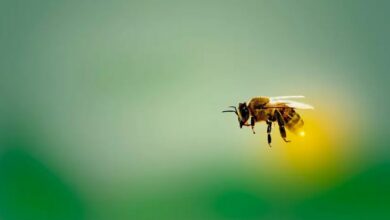 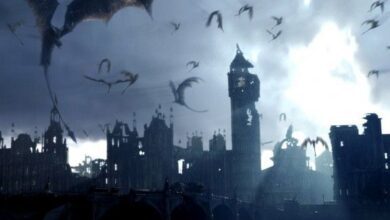 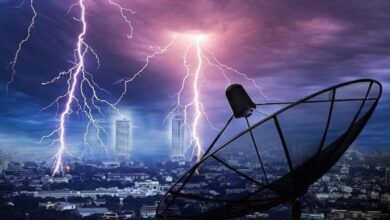 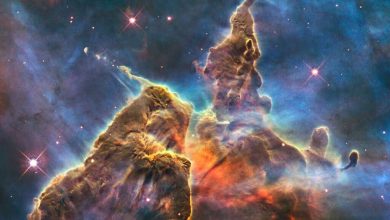