US, WASHINGTON (ORDO NEWS) — Many doctors, and then ordinary people, today say that it is not the coronavirus that kills a person. Death occurs due to the failure of vital organs such as the heart or kidneys.

It has already been proven that with COVID-19 not only the lungs suffer (including in the case of an asymptomatic course of the disease ), but also the brain, intestines, and even blood vessels. However, it is worth remembering that all these organs could well function if it were not for a new infection spreading around the world. This means that the death of 177 thousand people (on 04/22/2020) came prematurely. 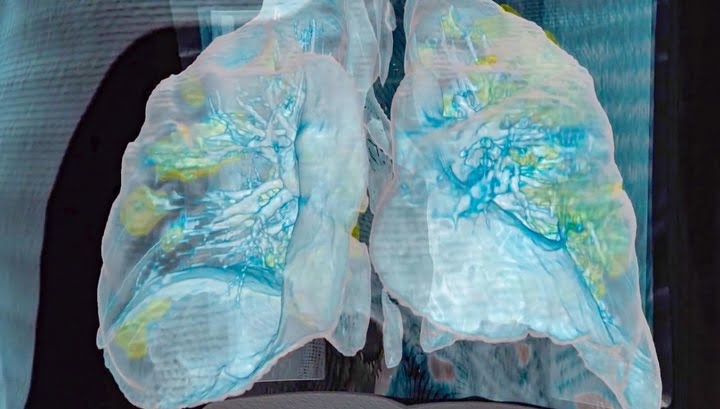 Pathologists and doctors around the world collect data on how a particular organ responds to a massive attack of viral particles. Recall that SARS-CoV-2 enters the body through the mucous membranes, invading infected cells. Then he rebuilds the machinery of the captured cell so that it begins to produce copies of it. (This differs from a virus in a bacterium: it simply cannot reproduce itself without a host cell.) After a cell spends resources on creating a large number of copies of the virus , it usually dies.

Some time ago, individual scientific groups, analyzing data on a small number of patients, showed how infection with SARS-CoV-2 thus provokes the destruction of brain tissue . Doctors also recorded neurological disorders: loss of smell and taste . In addition, it has been suggested that a new type of coronavirus can invade testicular tissue and cause infertility in men.

Now, the experts of the journal Science have cited summary data that are known to scientists today and describe how a new type of coronavirus leads to the death of a patient. However, this information can still be considered preliminary, because the accumulation of knowledge continues.

When a sick person coughs or sneezes, and also touches surfaces with dirty hands, he leaves a large amount of viral particles in the surrounding area . The virus, along with droplets of mucus hanging in the air or through dirty hands, enters the mucous membranes of a healthy person.

As we already said, there it penetrates into the cells and initiates the production of a large number of copies, which subsequently massively infect other cells.

The first week a new infected person may not show any symptoms of COVID-19, but at the same time, his body already produces an avalanche of new pathogens that can invisibly infect dozens of new victims. However, in some patients, dry cough, fever, body aches, headaches and sore throat, loss of smell and taste sensations begin to appear.

If the immune system does not cope with the primary invasion of the coronavirus, the pathogen will begin to descend into the lungs. So he can reach the alveoli, in which a real battle unfolds wall to wall. The virus infects the cells lining the alveoli. White blood cells, which are pulled together to the lesion, eject molecules that, like a horn calling for battle, serve as a signal for other cells of the immune system. All of them begin to destroy the affected lung cells. As a result, fluid, mucus, dead lung tissue cells and white blood cells accumulate on the battlefield. A typical picture for pneumonia.

It becomes gradually difficult for a sick person to breathe, then he begins to suffocate, the amount of oxygen in his blood is rapidly decreasing. X-ray images and computed tomography of the patient’s lungs demonstrate the “frosted glass effect.” Some deal with this condition. Some require lung ventilation (those same ventilators). Many are dying.

Welcome to the cytokine storm

In some cases, the reaction of the immune system turns out to be too active, and doctors record the so-called cytokine storm in the blood of patients (this phenomenon was also recorded by scientists in many viral infections before).

Let us explain that the production of cytokines determines the normal response of the immune system to pathogen invasion. However, in some cases, too many of these signaling molecules are generated. As a result, cells of the immune system begin to kill healthy (not infected) tissues.

Such a hyper reaction leads to the fact that blood vessels begin to “leak”, blood pressure drops, blood clots form, which leads to the failure of many organs and, in the end, the death of the patient.

However, there is still no consensus in the camp of scientists whether it is necessary to reduce the number of cytokines in the blood of patients. After all, if you go too far, the body will not be able to respond normally to the infection and reproduction of the virus. A number of clinical trials of drugs are currently underway, including those that inhibit the development of a cytokine storm. Upon completion, it will become clear whether doctors should work in this direction to save the lives of patients with COVID-19.

In Italy, doctors recorded a strange case: a 53-year-old resident of Brescia was hospitalized with all the symptoms of a heart attack. However, the examination showed that her coronary arteries were not blocked, she just … COVID-19.

How SARS-CoV-2 affects the heart, scientists do not yet know. However, in different studies of the lesion of the blood-pumping organ, which led, for example, to the occurrence of arrhythmias, were recorded in 25-40% of patients. Most of these victims were among patients who were in intensive care.

What is wrong with blood?

The circulatory system with COVID-19 also behaves very strangely. In many cases, blood clots form in the blood of patients, which can block the “main” vessels of not only the lungs (pulmonary embolism) and the heart, but also the brain (leading to heart attacks and strokes), as well as smaller vessels (patients complain of pain in the fingers and legs).

Apparently, for this reason, among the seriously ill people there are so many people who have previously had problems with blood vessels: diabetics, hypertensive patients, people with obesity. At the same time, asthmatics, who, it would seem, should suffer more from a respiratory disease, are less likely than doctors expected to be in intensive care.

Scientists can not yet name the root cause of the observed picture, and also why complications sometimes develop rapidly and for some people it is so difficult to recover. But, probably, the attack of the virus on the cells lining the heart and blood vessels is responsible for the damage to the cardiovascular system (there are as many “door handles” needed for it as in the cells of the nose and alveoli).

Another option: lack of oxygen due to poor alveolar function damages blood vessels. The third possibility: a cytokine storm hits the heart.

Many today are concerned about the lack of ventilators (mechanical ventilation). In the light of the above, it becomes clear why for many patients they are the only chance of salvation.

However, many doctors note that many who did not need mechanical ventilation had to be saved by hemodialysis. The kidneys also have many of the same “door handles,” thanks to which the virus enters the cell. This is probably why, in a very large number of critical patients, doctors recorded kidney failure.

Viral particles were found in the kidneys of patients after their death. In addition, the kidneys suffer from a cytokine storm and the effects of certain antiviral drugs. Mechanical ventilation also increases the risk of kidney damage. An additional aggravating factor: diabetes.

Between 5 and 10 percent of coronavirus patients in hospitals show problems with the brain and central nervous system (for example, they may briefly lose consciousness). However, in reality, there may be more victims, since many people are under anesthesia or connected to mechanical ventilation devices.

According to one opinion, the brain stem due to the invasion of the virus ceases to feel a lack of oxygen (therefore, patients do not suffocate, even if the level of oxygen in the blood is very low). Normally, it is this part of the brain that is responsible for the congenital reflex.

How the virus enters the brain is a big question. One possible way: through the nose and olfactory bulbs. However, experts have yet to figure out if this is actually the case or there are other “workarounds.”

In some patients, the disease was accompanied by problems with the gastrointestinal tract: diarrhea, vomiting, and abdominal pain.

Earlier we already reported that coronavirus RNA was found in the feces of infected people long before the onset of the first symptoms . Some scientists believe that the new virus, like its counterparts, multiplies in the cells of the tissues of the lower gastrointestinal tract.

However, so far only RNA and individual SARS-CoV-2 proteins are found in excrement, and not the particles themselves, which indicates low risks of fecal-oral transmission of the virus.

In conclusion, we note once again that all the data collected by Science experts is an attempt to outline the general picture of life-threatening events.

How exactly does the disease occur in this or that case , which subtypes of coronavirus attack the body, and also which medications to use for treatment ”all these important issues are still on the agenda of many medical and scientific centers of the world. Experts can take years to “debriefing.”

Meanwhile, humanity needs to devote resources and forces to such research, because far more dangerous pathogens can be ahead of us : more “infectious” and leading to more deaths, “guests” from the animal kingdom . And, the more the planet’s population becomes, the closer we live, the more we step on nature, the more often the world will have to deal with such invasions from outside.

Food that makes you happier

To the exit! Quarantine exit strategies in different countries

Merkel urges WHO to review Chinese vaccines against COVID-19

Former MI6 head sure coronavirus made by people

Food that makes you happier

To the exit! Quarantine exit strategies in different countries

Merkel urges WHO to review Chinese vaccines against COVID-19

Former MI6 head sure coronavirus made by people