(ORDO NEWS) — Probably everyone in his life at least once heard or even saw such a phenomenon as a solar eclipse. Have you asked yourself the question, where does it come from, what are the reasons for its occurrence, in general, what kind of natural phenomenon is this?

The first such phenomena were noticed by mankind in ancient times. Previously, people at the sight of a solar eclipse were lost and felt wild horror before this mysterious phenomenon.

As a rule, among ordinary people there was an opinion that at this moment some terrible dragon is trying to destroy the sun and it must be protected. Since the solar eclipse does not last long, the plan of the locals always worked.

They armed themselves with military weapons and went to the “war”, after it got light on the street, people returned to their home calm and satisfied that they had driven away the evil spirits and saved the sun.

It is also known that the first eclipse in the history of mankind was during the reign of Chung-Kang, the fourth emperor of the Hena dynasty. It is to this period that the entry in one of the books of ancient China, “Shujing” (“Book of History”), is dated. The date of the solar eclipse was set only in the nineteenth century – October 22, 2137 BC. e.

By the way, each solar eclipse is connected in one way or another with historical events. So, it happened on August 3, 431 BC. e. during the Peloponnesian War in Greece. Establishing the exact date of the eclipse helped to restore some moments of the war, including the date. The solar eclipse that happened during that period of time was not total.

Today it is already established that there is a solar eclipse. This is such a natural phenomenon, the essence of which is that the moon eclipses the sun. The appearance of a solar eclipse is associated with the fact that when the Moon, the Earth and the Sun line up, and a new moon occurs.

So this astronomical phenomenon does not occur at every new moon. Depending on how much the Moon covers the Sun, a total or partial eclipse is distinguished. Of course, it’s all about the lunar shadow, which can be of various sizes, and a person who is on the surface of the Earth and falls into the shadow zone will be able to see a total solar eclipse.

The duration of such an astronomical phenomenon is only a few minutes, since the speed of the moon’s shadow is 1 km / s, at least. The full cycle of the eclipse is 6 hours, and it starts in the western part of the earth at sunrise, and ends in the eastern part at sunset.

Naturally, with a partial eclipse, you will not see the same effect as with a total eclipse. Astronomers also distinguish an annular solar eclipse, the essence of which is that the Moon passes by the Sun and is smaller in diameter than the latter, it turns out that during the eclipse you can see the Sun in a circle.

I would like to give a chronology of solar eclipses during the first 10 years of the 21st century. Of course, not all cases of this phenomenon will be given here, but the most basic ones.

June 21, 2001 – a total solar eclipse. The phenomenon was best seen by those people who were at that moment in the equatorial part of the southern hemisphere. The width of the lunar shadow during the eclipse was 200 kilometers, and the length was 373320 km. Time: 12:04:46;

5. October 3, 2005 – an annular eclipse. The maximum phases could be observed in areas south of Europe (Portugal and Spain) and Africa.

6. On March 29, 2006, a total solar eclipse occurred, which was well observed in the western part of Russia.

9. July 22, 2009 – total solar eclipse. It was clearly visible in many countries of the world – India, Nepal, Bhutan, Myanmar, Bangladesh and others. 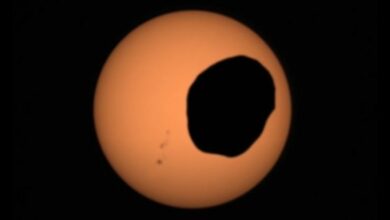