(ORDO NEWS) — Lung-breathing protopterid fish. There are many species in the world about which a person knows inexcusably little, especially if he is not interested in this topic and is not connected with it by his professional field.

So, if you get to Africa, wake up early in the morning and find that the locals go fishing not with fishing rods and fishing tackle, but with picks and shovels, you will surely be very surprised. You might even think that Africans have a very peculiar understanding of fishing. And you will be wrong!

Lung-breathing protopterid fish The fact is that on the African continent there are fish that do not live in water, but in the ground, while they can do without moisture for months, and during a prolonged drought – for years!

They are dug up, like potatoes, from the bottom of a dried-up reservoir, which can only be filled again during the rainy season. 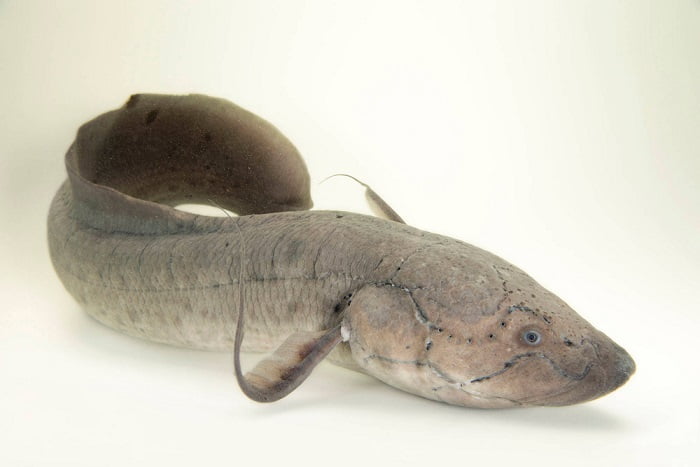 Ground fish – promoters – are lungfish and live in the fresh waters of the tropics. The appearance of this species is due to the fact that in arid conditions the fish is forced to adapt to the lack of life-giving moisture and survive in the ground.

As soon as lungfish promoters realize that the reservoir has begun to shallow, they begin to build a shelter in which it will be easier to survive the unfavorable period. A place for hibernation, the fish literally gnaws out with its mouth in the muddy bottom, getting rid of pieces of silt through the gills.

When the nest is built, the protopter settles in it, occasionally making forays to swallow air. When the reservoir is completely shallow, the earthen “cap” of the shelter hardens, therefore, in order for air to enter it, the fish makes cracks in it with head blows. 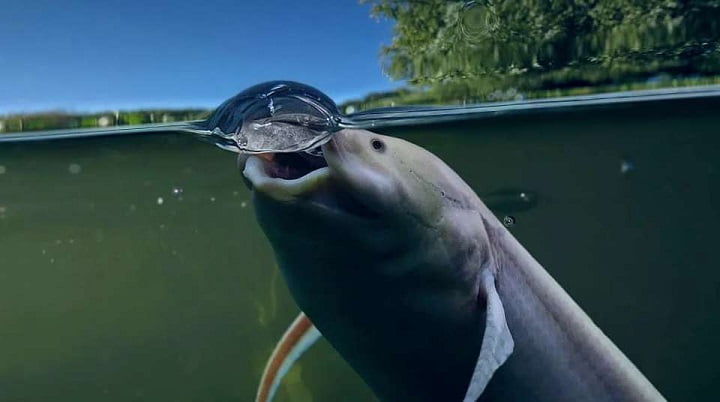 Having achieved a sufficient supply of oxygen to the nest, the protopter secretes a lot of mucus, which helps it maintain the level of humidity necessary for life, fits comfortably and falls into suspended animation.

There are ground fish that use a slightly different survival strategy. They do not dig holes for themselves, but simply cover the body with mucus and turn into a kind of cocoon.

Hibernation can last 6-9 months, but suspended animation has been recorded for 4 years without any consequences for the health and well-being of the fish.

Africans love to catch promoters because the taste and nutritional qualities of their meat are highly valued. Commercial fishing, however, is absent. The local population catches it for their own needs or small trade. 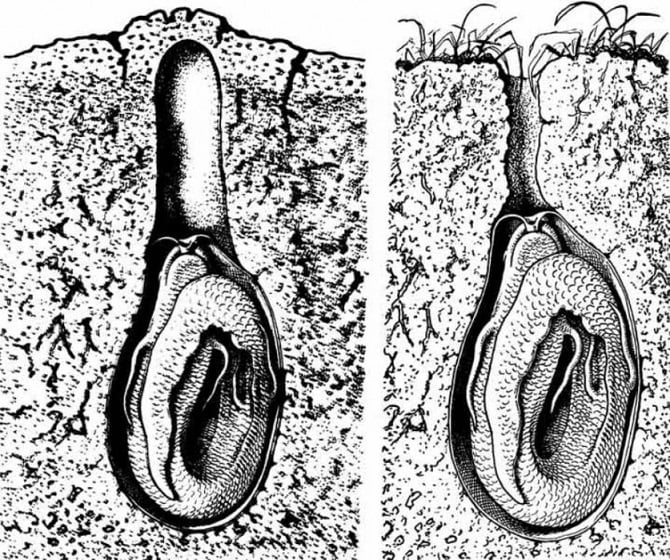 Finding a groundfish nest is very easy. The natives examine the bottom of the dried-up reservoir, looking for darker “caps” of holes.

A large protopter sleeps under a particularly large “cap” from 5 cm to 15 cm long. Smaller shelters, under which specimens no larger than 15 cm sleep peacefully, may not be noticed at all. 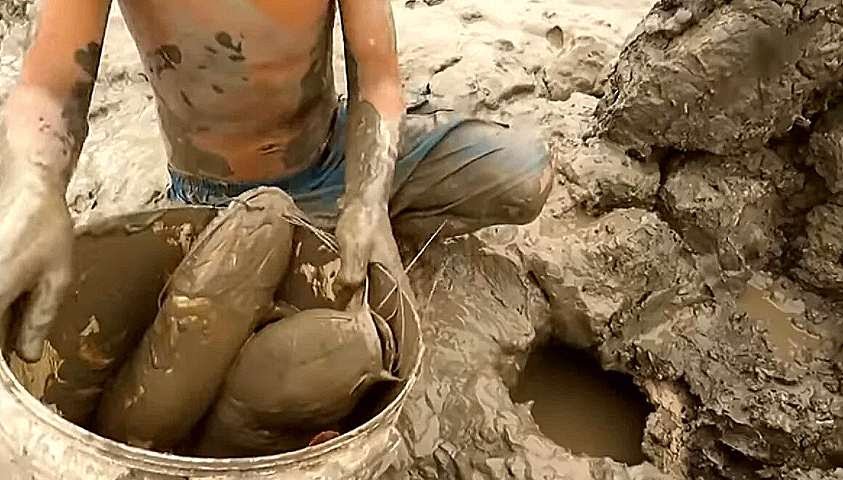 Sometimes a fish “bunker” hardens strongly without moisture and resembles a stone, so the protopter is removed from the ground right with it.

The natives who live in the Gambia claim that they can detect a large protopter not visually, but by ear! A weighty sleeping fish, according to them, makes characteristic sounds that are clearly distinguishable in calm weather. Whether to believe their stories is up to the reader, because they are not confirmed by science.

The Sudanese catch ground fish in their own way, doing it in a completely original way. They take a special drum and beat it so that the sounds resemble falling raindrops.

Being deceived by such deceit, disturbed lungfish promoters emit a treacherous smack and thus reveal themselves. Moreover, some of them are so happy with the incoming water that they crawl out of the nest completely.

Well, the catchers can only stretch out their greedy hands to take their easy prey. Who knows, maybe over time, her majesty evolution will teach earth fish to be a little smarter!

Scientists propose to save Africans by preventing them from burning firewood

Scientists propose to save Africans by preventing them from burning firewood