(ORDO NEWS) — KELT-9b is not the most pleasant place. There are stars that are much colder than this exoplanet.

Every day and a half, the Jupiter-sized planet makes a complete orbit around its home star, one of the largest stars known to scientists to have planets. That is why she heated the KELT-9b to an incredible temperature of 4327 degrees Celsius.

At such a temperature, not only everything melts, but molecules begin to break down, and behind the planet itself there is a tail, like from a comet. All in all, KELT-9b is the hottest planet ever discovered by scientists. The temperature on it is higher than in the outer layers of the Sun.

From the heat, the molecules on the side of the planet facing the star disintegrate, while on the opposite side all the heavy metals accumulate.

Conventionally, the day side, to the human eye, would look a little dimmer than the Sun and a little more orange; the conditional night one would seem to our eyes like a red dwarf. An article about this discovery was published in the journal Nature.

Most of the planets found by scientists still revolve around small stars, red dwarfs, since such planets are easier to detect: the stars themselves are dim, and the passage of objects against their background is more noticeable.

But brighter and bigger stars are a completely different matter, because they can easily hide the planets of their own system. Therefore, so far we know very little about such celestial bodies. 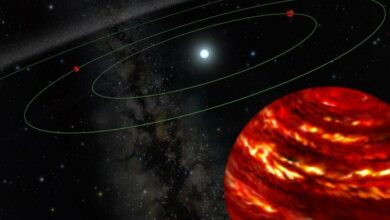 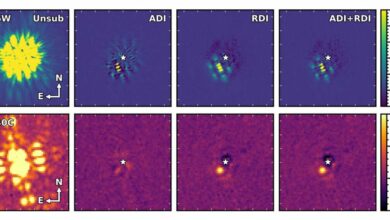 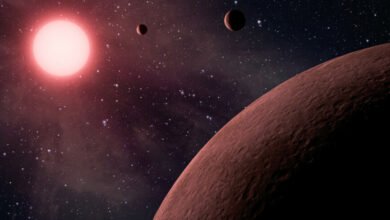 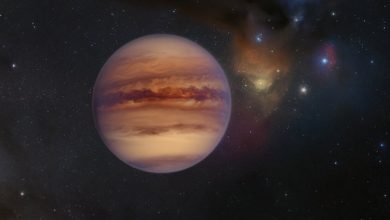 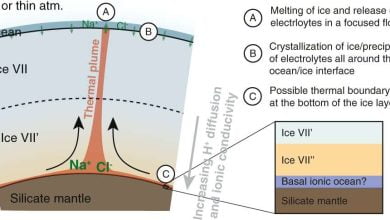 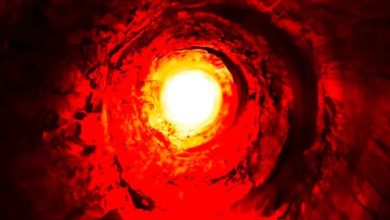