(ORDO NEWS) — The Kachin are famous figures from the mythology of the Pueblo Indians, including the Hopi living in Arizona.

In their myths, they often refer to the flying shields used by the Kachins, who were forced to leave Earth, but according to legend, they will return to it before the end of the Fourth World. Many Hopi believe that the flying saucers we see today are controlled by kachinas.

References to ancient aircraft are found in many cultures around the world. Famous Hindu texts such as the Ramayana and the Mahabharata describe objects called vimanas, which were also used for fighting purposes.

Among the hieroglyphs on the wall of a 3,000-year-old Egyptian tomb at Abydos are images of what resemble modern helicopters and planes. 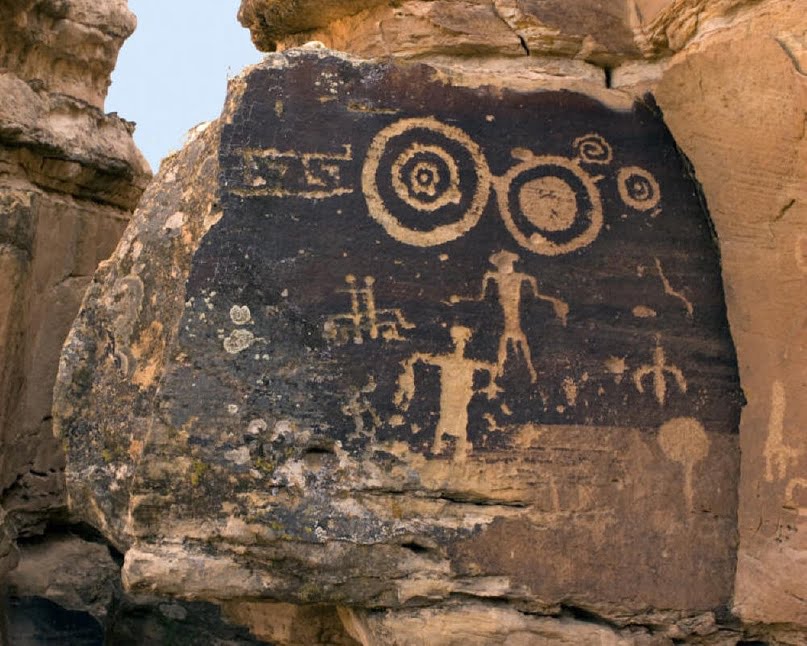 Corrugated stone disks found in caves on the border of China and Tibet (they are called Dropa stones) tell the story of a spaceship that crashed to Earth 12,000 years ago.

The Hopi Indians have lived in three main groups in Arizona for over a thousand years. Their legends also speak of airships. These magical flying shields, called patuwvota, existed in the third world, in the previous era when the flood ended.

This was the period when large cities were built, interconnected by roads. Civilization then flourished. In a speech delivered at the UN, Thomas Banyachya-Hopi of the Coyote clan said:

These people have invented many machines and applications for advanced technologies, many of which have not yet seen this era.

One of the Hopi legends associated with the flying shield refers to Sotuknang, the god of the sky. The Great Flood destroyed Palatkwapi, the “red city in the south,” which was probably near Sedona, Arizona. 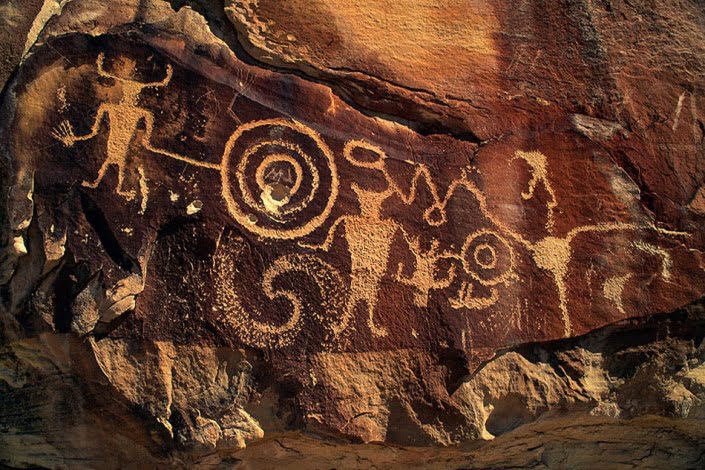 Shortly thereafter, a man named Tiwahongwa and his sister Taviaisnima, separated from their parents in the chaos caused by the disaster, set out on an expedition to find them. In the evening they decided to set up camp. Suddenly they heard a strong bang in the sky.

The children were frightened, not understanding what this strange phenomenon was. Suddenly, a mysterious figure descended from the sky. He wore a suit that glowed like ice, and his face shone like a star. Sotuknang is the sky god of the Hopi Indians.

“Don’t be afraid,” he said. “My name is Sotuknang. Since your troubles have made me feel compassion, I have come to help you. Come into my paatuvvotu and let’s fly.”

Then, on his flying shield, Sotuknang lifted them high into the sky, from where they could see the Earth from above. 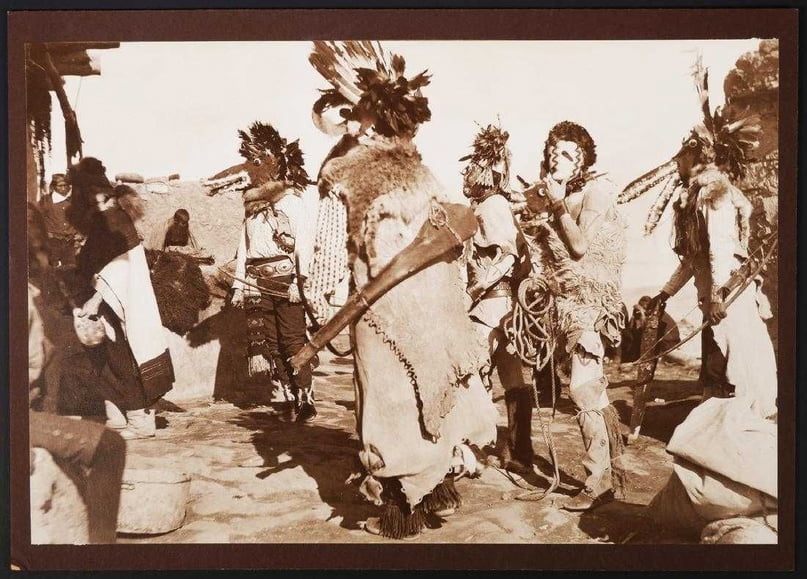 The creature also fed the children, telling them that they should believe in him and follow his teachings. Soon they landed near the village where their parents lived. Since the Hopi had not seen anything like it, they compared it to an object known to them from everyday life, namely the shields used by warriors.

This is indicated by the word “tuvvota”, which simply means a shield of this type. Since “paa” means “water” in the Hopi language, “paatuvvota” probably means the spread of circles on the surface of the water. It can also be a metaphorical description of how these air machines functioned.

The related word “patuka” (“spindle”) can also refer to the rotational movement of the target. In addition, the prefix “pa-” means admiration or amazement. For the desert dwellers, the water was a miracle, but the “pa-” prefix here probably means a reaction to the unusual sight. 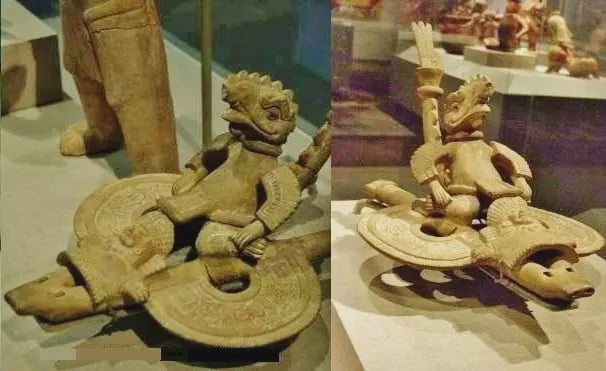 The tradition associated with the flying shield also found expression in rock art.

In the book Mexican Mystery: The Coming Sixth World of Consciousness, Frank Waters, a Hopi specialist, writes: Next to Michonne is an ancient petroglyph depicting a domed object resting on a painting representing a journey through space, and the head of a Hopi woman reflects unsurpassed purity.

Since the Hopi believe that other planets are also inhabited, this painting shows the paatuvot or “flying shield” (which is associated with “flying saucer”), which appeared here at the very beginning. Right now, in the end, the saints, according to Hopi beliefs, will arrive from another planet in flying machines.

Many Hopi have reported sightings of UFO objects that they believe are being used by the beings they describe as Kachin. Hopi figurines depicting Kachin.

Some people probably associate the Hopi wood carvings with Kachin. The kachins themselves are not considered gods, but ghosts – intermediaries between gods and people.

They can take many forms – from a plant to a celestial body, an animal or a supernatural being. In the spring and early summer, the Hopi perform a special begging ritual, asking the kachinas for rain and prosperity. 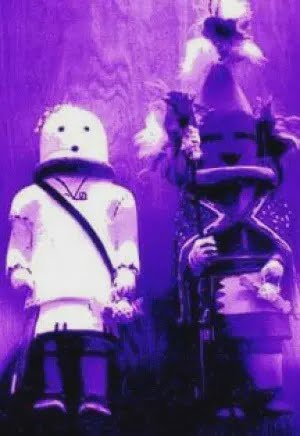 Like the beings mentioned in the book of Genesis, the kachinas also took wives as spouses. One of the Hopi myths tells of a bride who accompanied her husband Kan on a journey to the village of My Sonmeni, which happened on a flying shield.

Long ago, the kachin were adapted to the Hopi clans during the migration that took place after the Indians left the underworld. Their presence was palpable, in contrast to the claims of their spiritual nature. In other words, they influenced the world around them on a material level.

With the passage of time and the decline of religion and society, a recurring motif in Hopi philosophy, these beings (who approve of humans despite their unusual nature) were forced to leave the American Southwest. 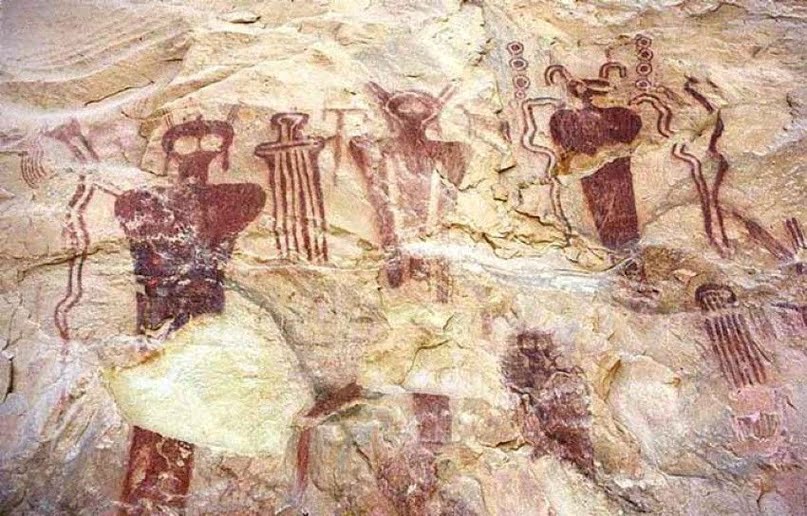 Since then, kachinas have appeared mostly in incorporeal forms. Some Hopi Indians still believe that they are the ones who control the strange airships.

As you already understood, in the Hopi culture, after such bright events, a lot was reflected in the festivities. According to astronautical experts, the masks and costumes of the kachins resemble a kind of spacesuits, which reflected the appearance of otherworldly guests.

The Hopi remember the three worlds.

The first world, Tokpela, was destroyed by fire.

The second world, Tokpa, was destroyed by the pole shift and subsequent ice age.

The third world, Cuskurza/Cascara, was destroyed by water.

But there is a fourth world, according to The Hopi Book by Frank Waters, which we currently inhabit. The Hopi say that they were brought to the fourth world by the kachinas because they obeyed the laws of the first world. 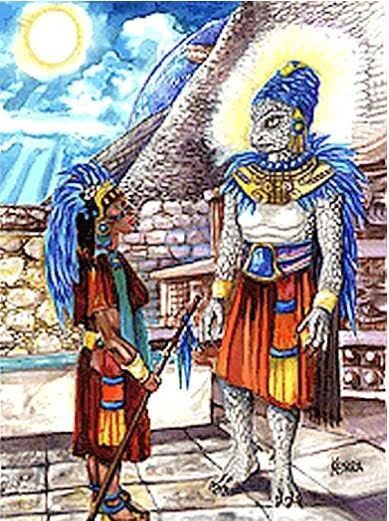 Austrian NASA engineer Josef F. Blumrich once asked the Hopi where the kachinas came from. They looked up at the sky and pointed to Ursae Majoris (the constellation of the Polar Bear). The tribe believed that the kachinas came from another planetary system. In his book Kásskara und die sieben Welten (Kashkara and the Seven Worlds), Blumrich explains this:

Kachinas may be visible, but sometimes they are invisible. They come to us from outer space. They do not come from our own planetary system, but from other planets far, far away. It will take generations for our astronauts to get there.

The Hopi call these planets Tóonáotakha; this means that they are closely related to each other, not in a physical sense, but in a spiritual sense, because all their inhabitants have the same responsibility, they all work in close contact.

Interestingly, kachinas are divided into different ranks depending on their abilities. The most important kachins are called Wú’yas, which means deity, but these are the only gods of lower rank who communicated with people, while others are creators. 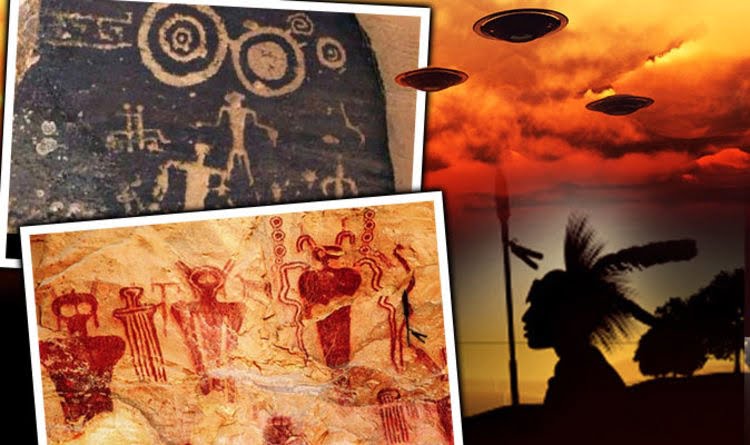 Stories of star children are fairly common in Hopi culture and other Native Americans. According to Brian Burkhart, a professor of American studies at California State University, a star and a person joined together, and from this union a child was born.

When a child reached the age of six, the tribe knew that guests from heaven might come back for him. If not, sometimes they became tribal elders, even at a young age.

According to Hopi traditions, people who survived the flood in the previous world spread to different places under the leadership of Maasau, following his sign in the sky. Identifying something with such descriptions clearly refers to what we know today as unidentified flying objects. 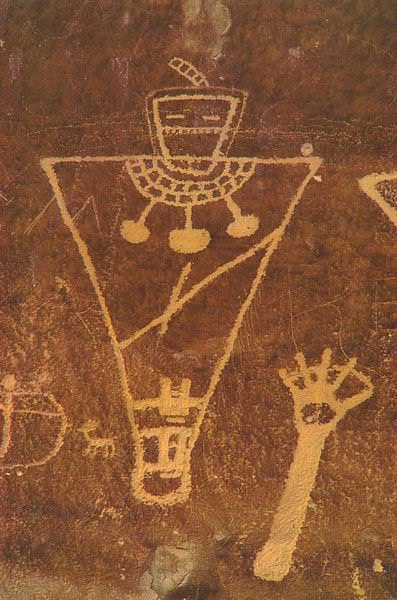 In the summer of 1970, UFOs were discovered in a remote location about 125 miles from Hopi villages near Prescott, Arizona. In 1997, a huge triangular object appeared in the sky over Arizona, drifting in the silence of the night sky.

This phenomenon soon went down in history as part of the so-called “Phoenix Shine”. In 1997, Art Bell spoke on his radio show with two Hopi elders who claimed that their distant ancestors knew about space travel. 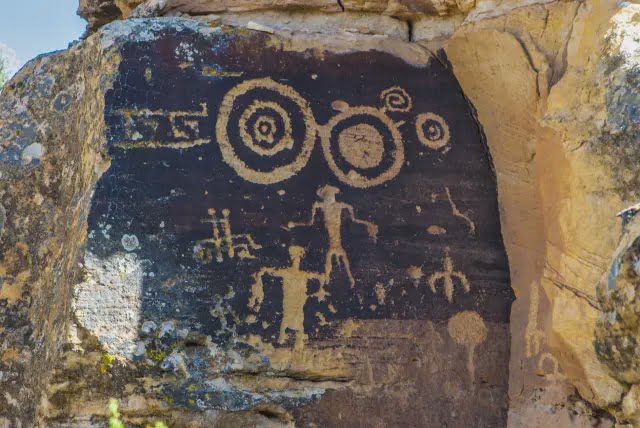 They also said that in the last days we will be visited (according to their beliefs) by people from beyond the Earth with advanced technology. Many older Hopi believe that the growing presence of flying shields heralds the end of the Fourth World or the modern era.

Judging by their knowledge, far from civilization, the Hopi seem to have known about the future of the world for a long time. According to them, the signs of what is to come are written in the sky. You just need to look.