(ORDO NEWS) — Modern Hinduism is likely the most difficult modern religious schemata in the world to define, due to its countless number of sects and influences, and its philosophical additions and interpretations.

New allegorical fictions are constantly being added to the religions of India, which removes it farther from the primitive system than any other influence. Yet the religion of India still retains much of its original features, which allows it to be correlated with the religions of Egypt, Assyria, Greece, the Caspian, and Scandinavia.

It has no single authoritative writings, many of its earliest writings have been all but disregarded, and it incorporates concepts from many different religions.

Roots Of The Rgveda

The earliest Hindu texts of the Ṛgveda date from between 1700 to 1200 BC, but many of these earliest writings are dismissed because they are misinterpreted, or because reciting the prayers do not lead to the desired or expected results.

The popular worship of hero deities like Indra, Mitra, Varuna, and Nāsatyas, in the earliest hymns, has roots earlier than the 15th century BC. Some of the Ṛgveda dates even as late as the sixth century BC, since it tells about Iṣṭāśva – the Vedic version of the Greek Hystaspes, which was a pronunciation of Vishtāsp – the father of Darius the Great and the royal patron of Zoroaster; and Suśravas – who appears to be the same as Kavi Husravah of the Zoroastrian Avesta and the Persian Kai Khusrau- who is believed to be Cyrus the Great – all figures belonging to the sixth century BC. The Ṛgveda clearly correlates with events that took place in northwest India, Persia, Media, Lydia, and other surrounding areas. 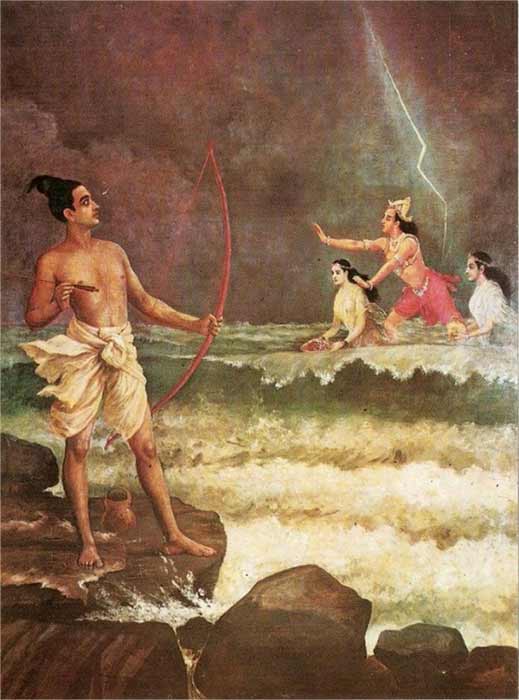 In the earliest parts of the Ṛgveda praise is repeatedly being given to a list of individuals, such as Indra, Agni, Vāyu, Rudra, Varuna, Mitra, Aśvins, Viśvedevas, and Ṛitu, with Indra apparently receiving the greatest worship, as there was no one stronger than him. While these individuals are awarded extravagant praise, often with expressions usually reserved for the highest being, it is also obvious that these individuals were not quite on the same level as the creator.

Stephen Martin is a theology major working in automotive electronics who has long nurtured an interest in world religions and Hinduism in particular. Martin spent time studying the Vedas, the most ancient Hindu texts, along with a plethora of other rich academic sources on the topic, to flesh out his comprehensive study on the matter. He is the author of Retaliation of the Cursed A Historical Investigation of The Origins of Worship, World Religion, Mythology, Paganism, Astrology and Atheism, and Their Contributions Leading to Modern Hinduism.