(ORDO NEWS) — While bats live almost all over the world, only some parts of our planet are inhabited by flying foxes. Therefore, it is not surprising that the picture of a huge fruit bat became viral on social networks.

“Remember when I told you about the Philippines, where there are bats the size of a man? Yes, that’s what I’ve been talking about, ”Twitter user AlexJoestar622 wrote in late June.

Like many viral things, the photo he shared on Twitter actually appeared a couple of years ago on Reddit when Filipino users met one of these beautiful animals in their backyard.

Remember when I told y'all about the Philippines having human-sized bats? Yeah, this was what I was talking about pic.twitter.com/nTVIMzidbC

The perspective on this particular shot makes the bat seem a lot bigger than it is – flying foxes are certainly not the size of a person. The largest species reach a wingspan of 1.7 meters, their bodies are quite small, their length barely reaches 30 centimeters.

There is no doubt that the bat is real. Reddit even posted another photograph at a different angle from a yawning bat when she woke up from a day’s sleep; flying foxes are usually nocturnal.

The giant bat fox is one of the largest bat species in the world, belonging to the Megabats family, living in parts of Africa, India, Asia and Oceania. 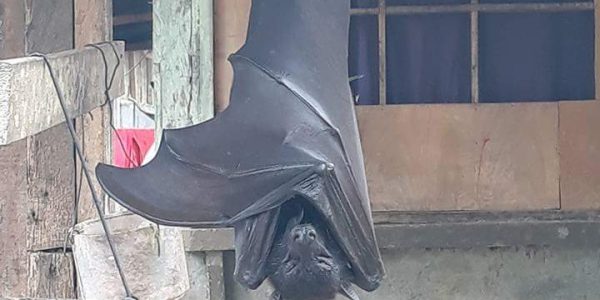 It is possible that the creature was actually a giant flying fox (Pteropus vampyrus), characterized by its long pointed ears and fox-like muzzle.

In the Philippines, flying foxes are endangered due to habitat loss.

Despite the various cultural associations that bats connect with vampires, flying foxes are far from bloodthirsty animals. They feed on dates and other fruits at dusk.

In fact, of the more than 1300 species of bats on Earth, only three feed on blood; from a biological point of view, this is a rather strange diet. And, unlike their counterparts, flying foxes do not fly with echolocation, instead relying on their vision and sense of smell.

Laser rover will explore the dark craters on the moon

Laser rover will explore the dark craters on the moon