(ORDO NEWS) — It still remains a mystery how Ancient Egypt and Sumeria flourished in the past. The civilizations of these two countries are often associated with legends about beings with divine powers who came from the stars.

But one such creature almost destroyed humanity. The goddess Hathor, also known as the Lady of the Stars or the Lady of Heaven and Life, was worshiped in Nubia, Semitic Asia Minor, Ethiopia, and Libya. 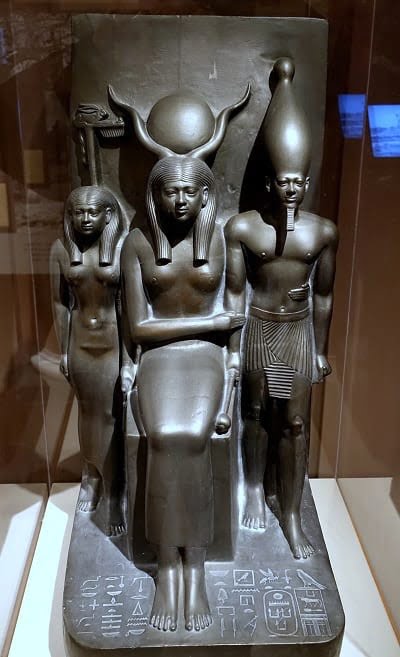 Hathor is often overlooked in modern times. Many have heard of Isis, the mother of Horus, but ultimately Hathor was considered the primal goddess from whom all others are descended. She was one of the most important goddesses in ancient Egypt and was popular with both royalty and the common people. She was worshiped for several thousand years, from the very beginning of the ancient Egyptian religion (c. 4000 BC) to its end (c. 500 AD).

The cow-headed goddess depicted on the Narmer Palette is pre-dynastic and thought to be Hathor or Bat (the cow goddess in Egyptian mythology). According to the myth, Hathor was the goddess of the sky along with the goddess Nuit. They were associated with the Milky Way, which was believed to be milk flowing from the udder of a heavenly cow. 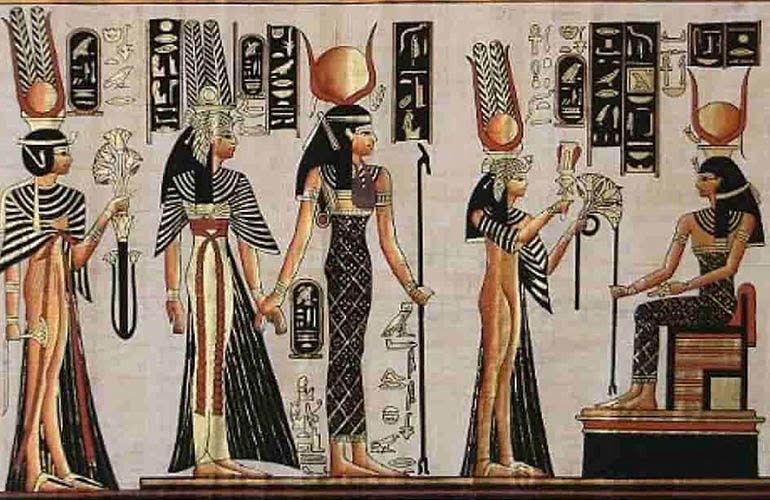 Hathor was associated with Venus, the morning star and goddess of the Romans. The Greeks associated her with Aphrodite, the goddess of love. Most often, she was depicted as a cow or a woman with the horns or ears of a cow. She is closely related to the primeval divine cow Mekhet-Veret, the goddess of the sky, whose name means “Great Flood”, and who was believed to cause the floods of the Nile River, fertilizing the earth.

Scholar Geraldine Harris stated: “Hathor was a golden-haired goddess who helped give birth to women, resurrect the dead, and renew the cosmos. This complex deity could function as the mother, wife and daughter of the creator god. Many lower goddesses came to be considered the” names “of Hathor in her contrasting beneficent and destructive aspects. Most often she was depicted as a beautiful woman wearing a red solar disc between a pair of cow horns. ”

Although over time she came to be considered the highest personification of kindness and love, initially she was literally a bloodthirsty deity released on humanity to punish people for their sins.

The myth of the heavenly cow

The myth of the heavenly cow, which tells of the imminent destruction of mankind, was first discovered in the outermost of the four gilded shrines of Tutankhamun, but in an unfinished form.

However, three completed versions of the text have been found in the tombs of Seti I, Ramesses I, and Ramesses II. The text is part of a New Kingdom corpus of royal funerary compositions, but is written in Middle Egyptian (the initial form of Classical Egyptian), and the ideas behind it may be traced back to the Old Kingdom Pyramid Texts. 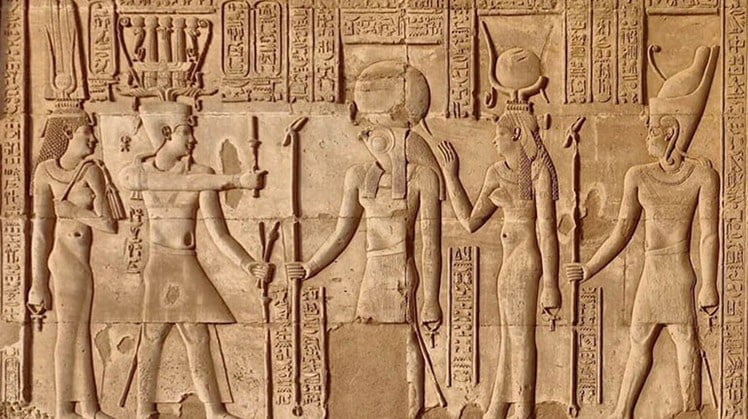 The story begins in the mythical past, at the dawn of Egyptian history, when the sun god Ra ruled the country. The sun god was very old, and his mortal subjects plotted against him, rebelling against his rule.

Ra secretly convened his council: the gods Shu, Tefnut, Geb, Nun and the primitive “mothers and fathers” who were with him before the creation of the world. He also invoked his “Eye”, the fiery manifestation of his divine power, and departed with his council to discuss what to do with the rebellious hearts of the people.

The council of the gods suggested that Horus “let go of his Eye”, sending her down in the form of the goddess Hathor, so that she would take revenge on the recalcitrant people below. With her strength, she could strike the villains, preventing them from rebelling against the power of the sun god.

According to the Encyclopedia of Ancient History, it is at this time that the mother goddess completely changes, which is associated with what must be the most important beer in world history. 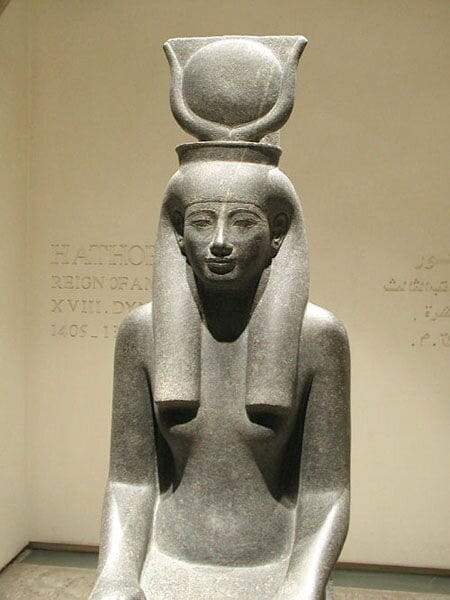 “Ra regrets his decision and devises a plan to stop Sekhmet’s bloodlust. He orders Tenenet, the Egyptian goddess of beer, to brew a particularly strong batch, and then orders the beer to be dyed red and delivered to Dendera. By this time, Sekhmet is mad with bloodlust , and when she finds a blood red beer, she quickly grabs it and starts drinking.

She gets drunk, falls asleep and wakes up in the image of the benevolent Hathor. Humanity was spared from destruction, and their former tormentor became their greatest benefactor. After her transformation, Hathor bestowed only beautiful and beneficial gifts on the children of the earth and acquired such a high status that all subsequent goddesses of Egypt can be considered forms of Hathor. 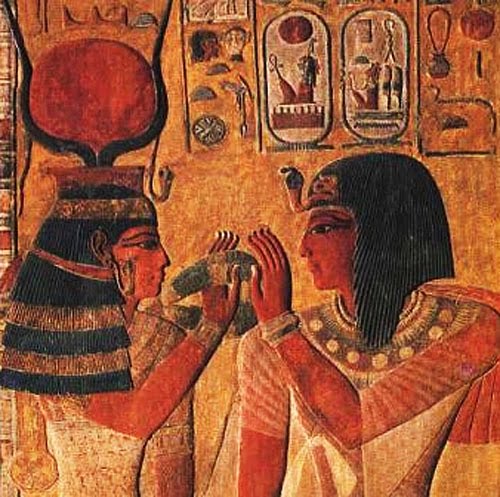 She was the primordial mother goddess, mistress of the sky, sun, moon, agriculture, fertility, east, west, moisture and childbearing. In addition, she was associated with joy, music, love, motherhood, dancing, drinking and, above all, gratitude.”

At the end of the legend, Ra leaves the earthly world forever, ascending to heaven. The sky was created in the form of the Heavenly cow, the manifestation of the goddess Nut, and other gods joined him, separated from the mortal world. In subsequent generations, a person became a pharaoh – one who acted as an intermediary between the mortal world and the kingdom of the gods.

The history of Hathor is fundamental to the beliefs of ancient Egypt. The goddess, representing the Milky Way itself, almost destroyed the human race, but then turned into a beloved patroness of joy, prosperity and celebration. 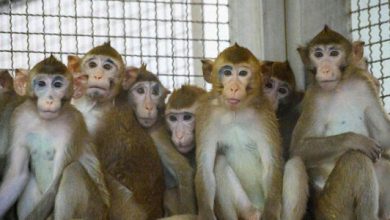