(ORDO NEWS) — Teppe Hasanlu rises above the plain known in Iran as Solduz and was one of the largest settlements in the Kadar river valley. The ancient city, also known as Teppe Hasanlu or Tappeh Hasanlu, is located in the south of Lake Urmia, in the province of Western Azerbaijan, in northwestern Iran.

The once much larger hill fort has shrunk due to agricultural and construction activities, now its diameter is about 600 m, and the diameter of the Citadel is about 200 m. m above the surrounding plain.

The settlement was sacked and burned down in 800 BC until archaeologists discovered well-preserved structures, artifacts and even human remains thousands of years later. 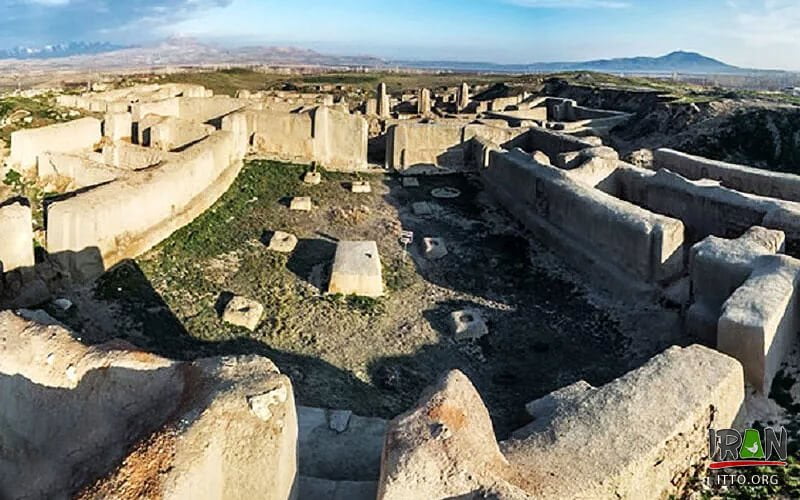 Artifacts found here have become the main source of questions that archaeologists still cannot answer, even after many years.

Engraved with images of gods and rituals, a stone cylinder with gold caps, an ivory figurine and a sword handle with a bronze guard – Hasanlu’s Golden Cup is named after the person who discovered it.

The “Golden Cup of Ḥasanlu” was found in the ruins of the burnt building I to the west on the mound of the Ḥasanlu Citadel in 1958.

At the end of the 9th century BC. this cup was buried under the collapsed adobe walls of the second floor and was found along with the bodies of three men. One of them carried a bowl. Despite severe injuries, it was possible to determine that the man fell on his right shoulder, head to the north wall. His right lower arm lay directly on the face of the wall, the hand bent at the wrist. This arm, from the wrist to the shoulder, was protected by a glove, possibly made of leather.

Probably, three soldiers were looting a rich multi-storey complex when the citadel burned. They found the bowl and other valuables in the second floor pantry. As they fled with the reward, the adobe brick building suddenly collapsed.

More importantly, it quickly became apparent that the bowl was a unique and significant example of the craftsmanship of the ancient goldsmith, displaying a high degree of technical skill and a wide range of ornamental motifs that were thought to provide clues to the religious and mythological traditions of their time.

Over the years, the bowl has been discussed in countless scientific books and articles, including an analysis by Marie-Thérèse Barrelet (1911-1996) as one of the greatest finds of the decade.

Little is known about the inhabitants of Hasanlu and their captors due to the lack of written documents. There are no written documents from Hasanlu confirming the identity of the inhabitants. “We do not know either the historical name of the area, or the state to which it could belong, much less the linguistic and / or racial ties of its inhabitants – neither before nor during the era under consideration writes Irene J. Winter in her essay “The Golden Chalice of Hasanlu: Thirty Years Later”.

Although its mysteries and civilization cannot be determined, Hasanlu’s cup is dented but still dazzling.

Hasanlu was inhabited from about 2100 to 825 BC, but the richest period excavated is from the 10th and 9th centuries BC. this area is characterized by gray pottery accompanied by black and red varieties, the black pottery being of a much finer quality and probably made in imitation of metal vessels.

The golden bowl from Hasanlu is kept in the National Museum of Iran in the center of Tehran.