(ORDO NEWS) — A new study published in the Journal of the Royal Society Interface claims that early man’s greatest invention was not the wheel, but the tool handle!

The wheel, which has had an impact on transport, agriculture and industry, is often called the greatest scientific revolution of mankind, but researchers from the University of Liverpool do not always agree with this.

They believe that the invention of the handle radically increased the energy efficiency of stone tools, especially when chopping and breaking, and greatly increased the “strength and precision” that could be applied. 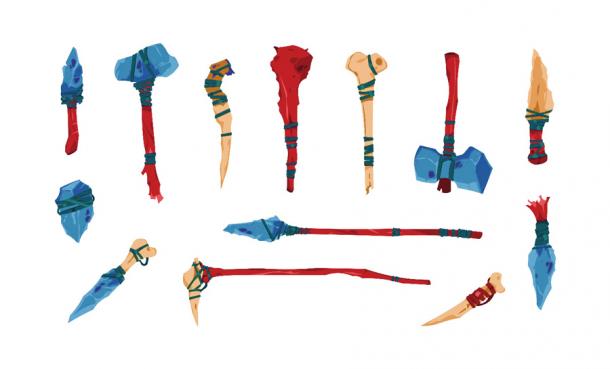 The process by which a bone, stone or metal artifact is attached to a haft, or handle, is called hafting. The attachment allows a single hiltless artifact to become more effective at chopping, crushing, slicing, and killing.

The ax, spear and arrow, like all tools with handles, greatly facilitated the process of chopping, killing and working and provided the maximum “impact”. Handled tools became more common during the early Stone Age.

The first stone tools of any kind were created by archaic hominins about 2.6 million years ago. They included rudimentary hand tools such as sharpened flints and stones that acted as knives and scrapers.

About two million years passed, and our tools became more complex, and the first tools with handles began to “appear”. By comparison, the wheel was only invented about 6,000 years ago!

The manufacture of handles has led to an increase in the brain size of hominins. While other animal species use tools, only humans depend on tools.

It is believed that, among other benefits, the wearing of scabbards gave users a significant biomechanical and physiological advantage in performing basic foraging tasks on compared to hand tools.

It is hypothesized that the addition of a handle improved the (bio)mechanical properties of the tool and the upper limb, providing more leverage, strength and precision,” said study authors led by lead author Dominic Coe, postgraduate researcher in the Department of Archeology at the University of Liverpool. 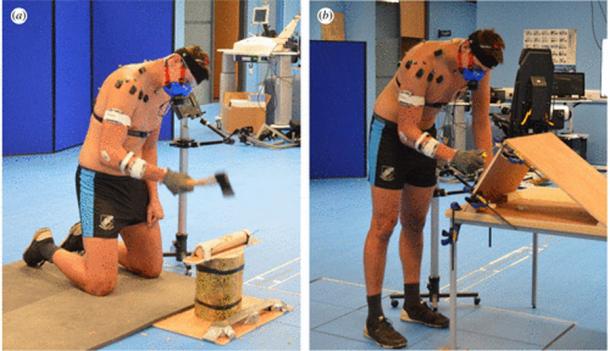 For the study, 40 student volunteers (24 men and 16 women) were recruited and given a cleaver and a scraper called a razor hook, which is used to manually strip paint, reports The Daily Mail. The study volunteers used instruments with handles and then without handles.

Cutting or chopping tools, with or without handles, were used to work with thick wooden dowels 6 centimeters (2.4 in) in diameter. A paint scraper was used to scrape the fibers from a thick carpet that was made to resemble the skin of an animal.

Trackers were placed on the forearms and upper arms of the volunteers, and another tracker was used to measure the speed of the tool during operation.

Other parameters of the participants were also analyzed, including oxygen consumption and muscle contraction. For this, a technique known as electromyography or EMG was used – a diagnostic procedure carried out to assess the overall health of the muscles and nerve cells that control them, i.e. motor neurons. 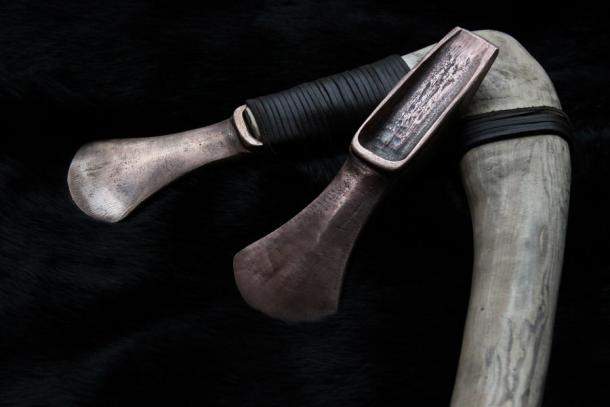 “The adaptive benefits and motivations behind the invention and spread of knife tool technology are likely complex and multifaceted.

This study shows that two activities ubiquitous in the prehistoric past are greatly improved in both tool functionality and energy efficiency, when they are performed using a knife tool versus a hand [tool],” the researchers concluded.

Finally, the benefits or advantages of tools with and without handles have been documented. They included voluntary energy consumption in all movements and postures while using tools without injury.

High-impact activities, in particular chopping, although not visible to the naked eye, were significantly better with the handled tool, which is fully supported by the analytical data obtained during the study.

Moreover, wearing the scabbard provided clear biomechanical and physiological benefits, even when performing scraping work, which contributed to the increase in the physical fitness of the person and, thus, of all groups dependent on the main activities.

Finally, scraping tools have contributed to a significant transition and shift in hominin knowledge. The increase in joint movement and muscle use resulted in a parallel increase in speed and strength, which in scientific terms is “more efficient per unit of energy applied to a task,” the scientists concluded.