(ORDO NEWS) — The man had suffered from headaches for decades. and when he went to the hospital, he found out. that the bullet was the cause of the migraine. There was a case in China, in one of the Shenzhen medical centers.

The young Chinese is 29 years old. He has been suffering from migraines for the last 2 decades. He did not go to the hospital with this problem, he explained everything by lack of sleep and stress.

However, in recent years, his condition has deteriorated sharply: the headache has become more frequent and stronger.

Pills and conventional medicine no longer helped him. Then the guy decided to go to the hospital.

The examination showed that there is some object in his skull with a diameter of 0.5 cm and a length of 1 cm. More accurate analyzes showed that this object was an ordinary bullet.

The doctors asked if the man knew what happened to him in childhood? The guy replied that he had no idea where it came from in his skull! He, too, was as surprised as the medical staff.

Doctors are sure that a real miracle has happened. After all, he could instantly die from a wound, or remain disabled forever.

The bullet did not hit the brain, in fact, did not hurt anything, although it was in the temporal part. In fact, she was simply stuck in the bones and made her presence uncomfortable.

Of course, the man underwent an emergency operation, removed a foreign body. Finally, he lives without pain, like 20 years ago.

In medicine, other cases have been recorded when people live with bullets in their heads. for example, the American rapper 50Cent.

When he was shot, the man received 12 bullet wounds. fragments of one of the bullets remained in the man’s tongue and in the soft tissues of his face. 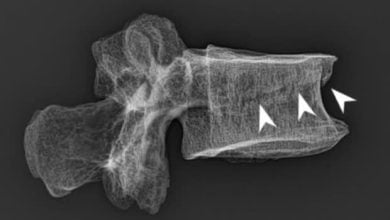