(ORDO NEWS) — Gumusler Monastery is a Byzantine-era cave monastery in the city of Gumusler, Nigde Province, in present-day Turkey.

The monastery is carved out of a large rock and is one of the best preserved and largest in the Cappadocia region.

In Cappadocia, there are quite a few monasteries carved into the rock, and some scholars divide them into two types: with closed halls and with open courtyards. Gumusler Monastery belongs to the second group.

The most important part of the monastery complex is the church located to the north of it. The church consists of four separate closed naves, built according to the scheme of the Greek cross; in the northern nave of the cross there is a niche with two tombs. In the west there are two entrances covered with a cradle vault. 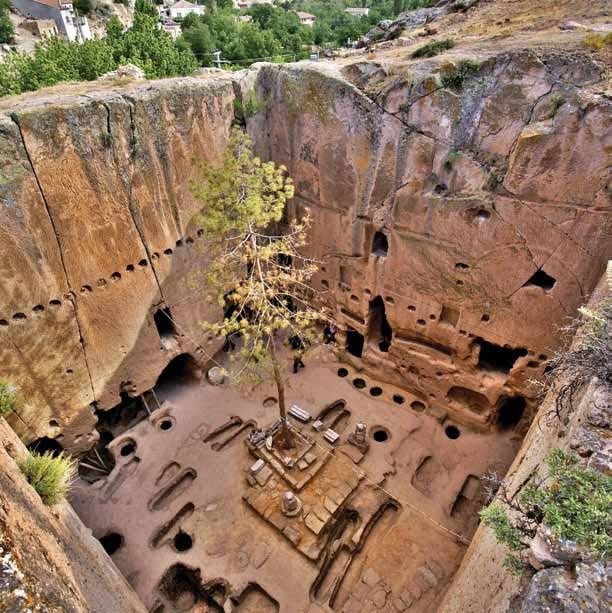 It is assumed that at least three different masters worked on the paintings that are on the walls of the church.

There are three groups of paintings in the main apse: the highest depicts Christ enthroned with two angels to his right, symbols of the gospel writers, and images of Deesis with Mary and disciples.

The lowest series depicts the Church Fathers, Basil the Great of Kayseri, Gregory of Nisa, and Gregory of Nazianzus. 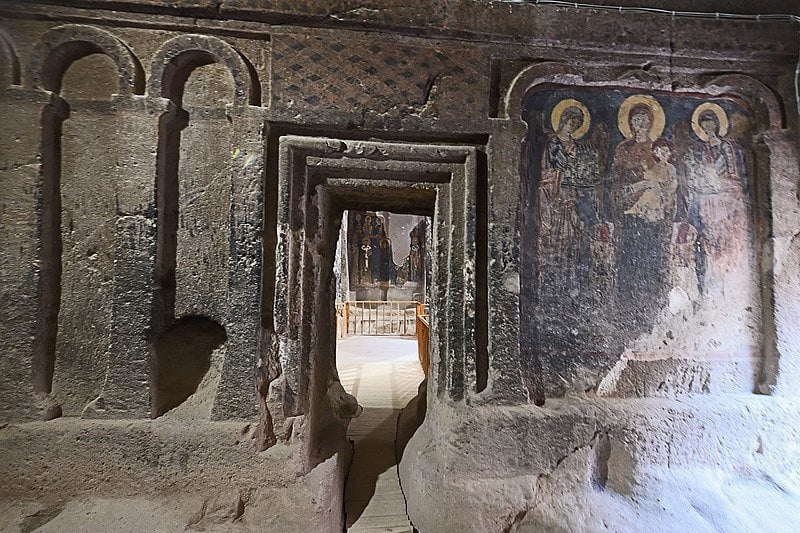 In the northern nave of the cross there are images of the Annunciation, the Nativity and the Presentation in the temple with the figures of John the Baptist and St. Stephen, which must have been painted by the hand of the second artist.

On the inner side of the narthex to the south of the entrance door, Mary and the baby Jesus are depicted, and on either side of them are the archangels Gabriel and Michael, which belong to the hand of the third artist. 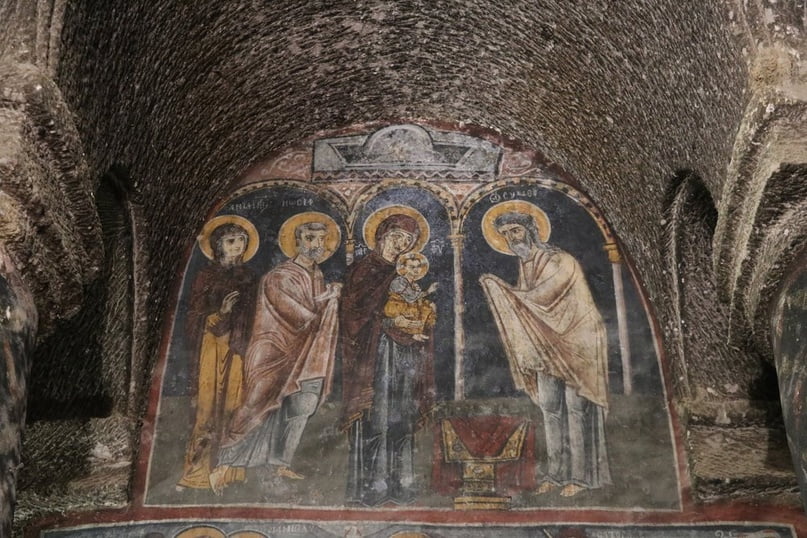 On the walls of the room above the narthex there is an example of something that you will not see anywhere else in Cappadocia: hunting scenes. Here is an interesting composition of various animals. 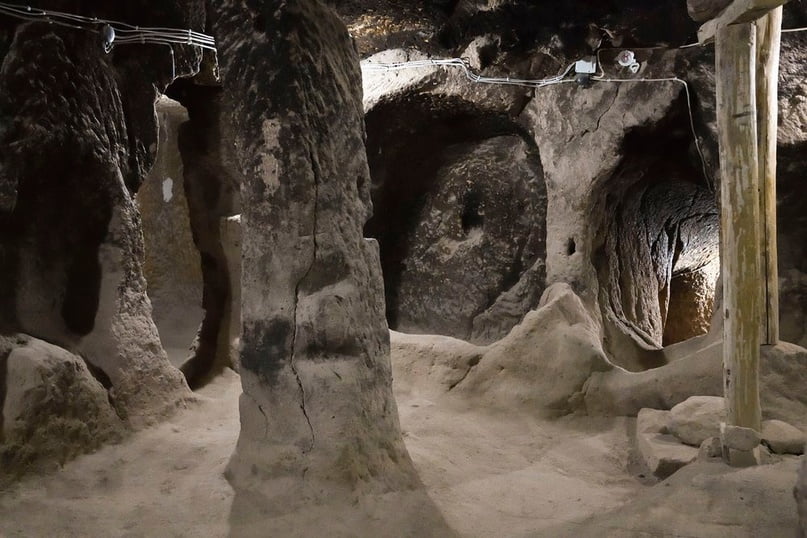 The specific style and iconography of the wall paintings of the Gumusler Monastery is consistent with what can be seen in many churches in Cappadocia. Comparing and evaluating the murals in the church on these grounds, one can date them to the 12th and 13th centuries AD.