(ORDO NEWS) — Cardiovascular disease is considered the leading cause of death worldwide. To prevent their occurrence can, for example, a properly composed diet. It must include green tea.

As the author of the article notes, a healthy lifestyle is considered the main secret of longevity. True, this does not exclude the risk of some serious diseases. For example, heart disease and blood vessels or stroke. One scientific study shows that green tea can reduce this likelihood.

Green tea can both increase life expectancy and reduce the risk of heart disease and stroke, according to a study published in the European Journal of Preventive Cardiology. At the same time, you need to drink it at least three times a week and at the same time regularly. More than 100 thousand people took part in the experiment. None of the subjects had cancer, no stroke or heart attack. The participants were divided into two groups. The first one constantly (three or more times a week) drank tea, the second – less often or even refused this drink. The observation of volunteers lasted for several years.

As a result, it turned out that green tea brings the greatest benefits to those who consume it regularly. So, for example, a 50-year-old person in this case may have a stroke and coronary heart disease almost 1.5 years later, and he will generally live 1.26 years longer.

In addition, if people drink green tea for several years, then it turns out to be even more beneficial for health. Such people reduce the risk of developing deadly diseases and stroke by 56%, and the likelihood of dying from common causes by 29%.

The author emphasizes that this effect of green tea is due to the presence of a large amount of polyphenols in its composition. 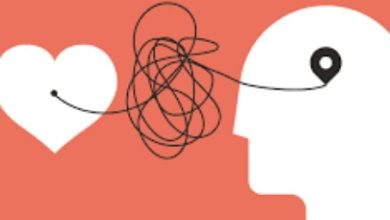 Depression and heart disease are linked