(ORDO NEWS) — There are now many clear symbolic similarities between Gobekli Tepe and later “cross-cultural” symbols found in Egypt, Mesopotamia, Iran and the Indus Valley.

Apart from all the animal zodiac symbols that seem to have provided the basis for some of the earliest deities of Ancient Egypt, we have the figure above, probably a time or creation deity, with a double V symbol. We see a similar figure in Sayburk. 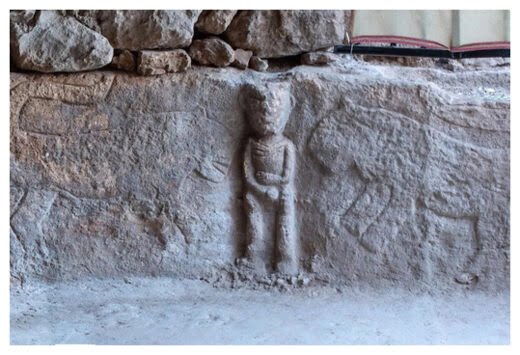 Who is also probably the same deity as Urfa Mun. 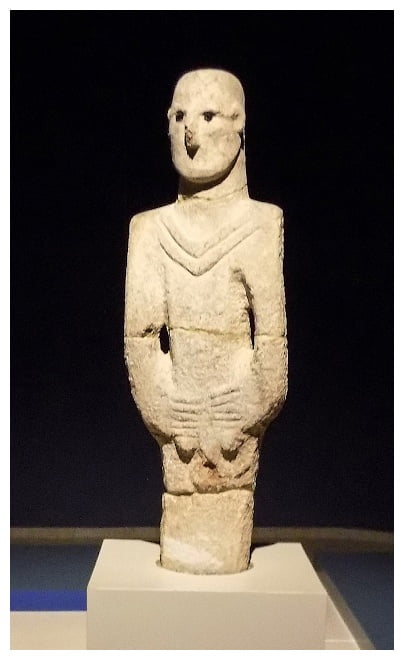 It is believed that both the figure of Sayburk and the man from Urfa appeared simultaneously with Gobekli Tepe. Notice how the Urfa man and the Cyburk figure hold their genitals.

So does a small ancient Egyptian figurine of Atum represent? Maybe. We also now know, more or less, that the double V signifies two days, since the calendar, possibly lunar, is inscribed on Pillar 43 in similar V-symbols.

Note also that Cyburk’s figure is surrounded by animals, similar to the numerous images of the “master of animals” found in the aforementioned cross-cultural region. For example, we have this stone “bag” from Jiroft of the 3rd millennium BC. 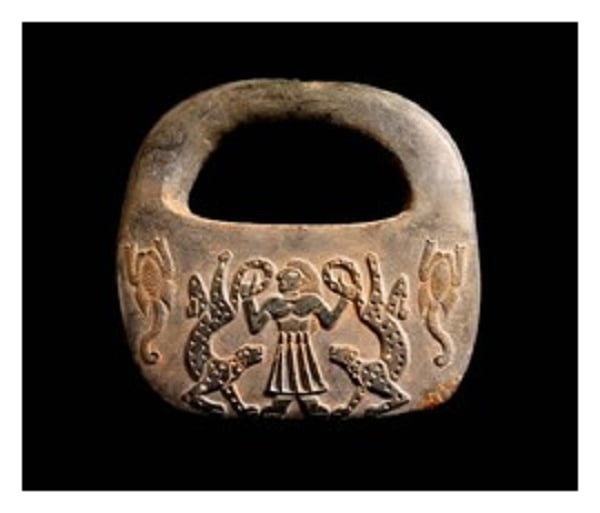 Note the shape that reminds us of the handbags on top of Pillar 43, along with similar animal zodiac symbols. 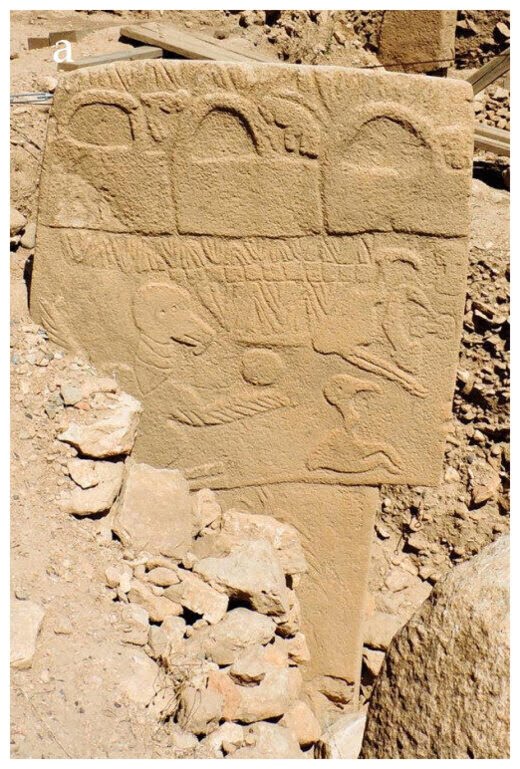 What is the likelihood that these similarities and all other connections are mere coincidence, especially considering that Gobekli Tepe, found near the origins of civilization, must have influenced the surrounding regions?

Of course, Klauss Schmidt, the first lead excavator of the GT, was also happy to make these connections. He made several connections himself in his publications. He established connections with both Ancient Egypt and Ancient Greece.

It was only after his death and Lee Clare taking over that the issue of the “cult of the skull” came to the fore, and these cultural ties began to be hushed up.