(ORDO NEWS) — The eruption of the Hunga-Tonga-Hunga-Hapai volcano, located in the South Pacific Ocean, occurred on January 15 with such force that it is believed that this is the largest eruption recorded on the planet in the last 30 years. 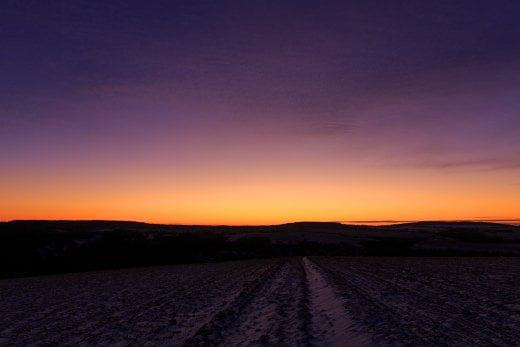 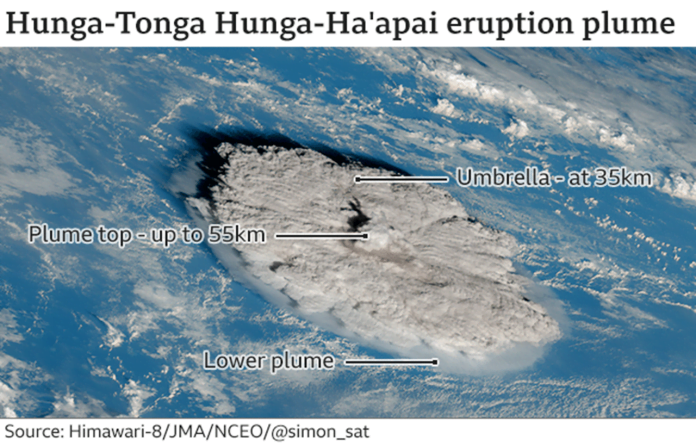 Other calculations based on meteorological satellite data put the plume at even higher altitudes, up to 55 km (35 mi) above the Earth‘s surface. It is at the boundary of the layers of the stratosphere and mesosphere in the atmosphere. Unprecedented heights for a volcanic plume.

Dangerous ash has littered the island nation of Tonga, causing an unprecedented disaster.

According to early data, the volcanic eruption in Tonga could reach five points on the volcanic explosive index (VEI). This would certainly make it the most powerful eruption since Pinatubo, which was classified as six on an eight-point scale.

The Philippine volcano is famous for lowering the average global temperature on Earth by half a degree for several years. This was due to the release of 15 million tons of sulfur dioxide into the atmosphere. SO2 combines with water to form a haze of tiny droplets, or aerosols, that reflect incoming solar radiation.

However, scientists believe that Hunga-Tonga-Hapai will not have the same effect.

“Pinatubo did have a noticeable effect, but the Hunga Tonga volcano emissions were over 30 times smaller – less than half a million tons of sulfur dioxide, so we don’t expect it to have a cooling effect, although it produced a huge explosion when it exploded,” he explained. he.

“But one thing is certain! It will harm the environment for years to come.”

While Tonga is coping with the aftermath, the image below illustrates how sulfur dioxide from the eruption is spreading across the planet.

An image taken using data from the Copernicus Sentinel-5P satellite shows a huge plume of sulfur dioxide on January 18 over Australia, more than 7,000 kilometers (4,350 miles) to the west of the eruption.

Although the Hunga Tonga volcanic eruption released just 0.4 teragrams of sulfur dioxide into the stratosphere over the weekend, it was enough to see impressive and vibrant purple sunsets in Germany, Switzerland and France.