(ORDO NEWS) — The huge skeleton was discovered during rescue excavations carried out by archaeologists from the Varna Archaeological Museum.

During excavations in Varna, Bulgaria, archaeologists discovered the skeleton of a giant man buried under the fortress wall of the ancient city of Odessos.

Initial archaeological reports indicated that scientists were very surprised by the size of the skeleton. According to scientists, this giant lived in the 4th or 5th century. 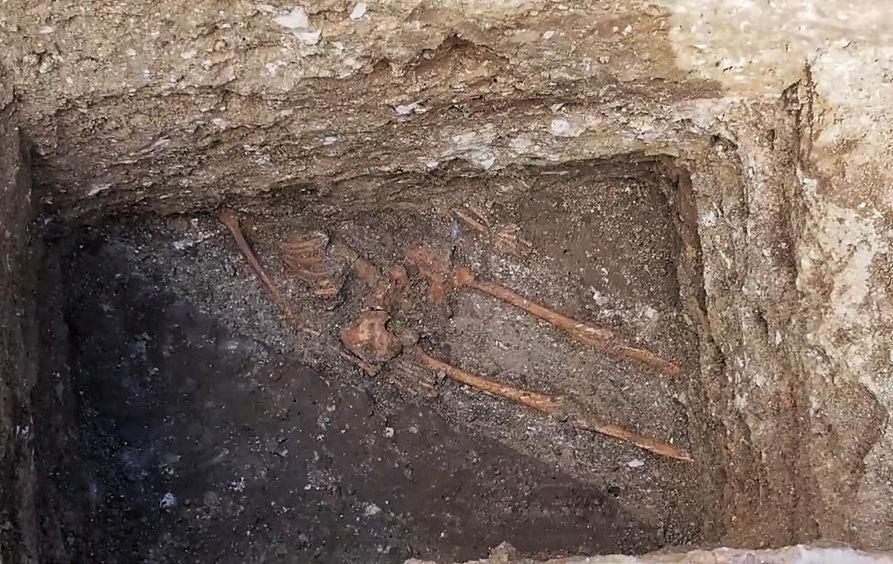 According to Professor Valery Yotov, who led the team of archaeologists excavating there, the size of the bones were “impressive” and belonged to “a very tall man.” However, Yotov refused to give the exact height of the skeleton.

Varna archaeologists also found the remains of the fortress wall of Odessos, fragments of clay jugs and a hand mill from late antiquity.

“When we started to open the ancient fortress wall, we started asking ourselves a lot of questions, and, of course, we had to dig to get to the base of the wall. That’s how we stumbled upon the skeleton,” Dr. Valery Yotov.

Archaeologists have found that the body was originally buried at a depth of three meters. Since graves of such depth are very rare, it is assumed that the pit had to be dug as a construction ditch during the construction of the fortress wall of Odessa.

According to Professor Yotov, a man of enormous stature was buried with his hands resting on his lower back and his body oriented to the east, which indicates a ritual burial.

Naturally, we are unlikely to know the results of the study of this skeleton and its growth. Science does not need “irrelevant artifacts” that can destroy the “official version of history”.

This is not the first time large skeletons have been discovered in Eastern Europe. For example, the skeleton of a very tall warrior from 1600 BC. was discovered in 2012 near Santa Mare, Romania. The warrior known as “Goliath” was over 2 meters tall, which was quite unusual for the time and region, as most people of that time averaged about 1.5 meters tall.

Together with him, a huge dagger was found in the grave, indicating the high status of the warrior.

There are many archaeological finds indicating that giants once did roam Europe.