(ORDO NEWS) — Asteroid 16 Psyche, which NASA plans to visit by spacecraft in 2026, may contain less heavy metal and more rock than scientists thought.

The asteroid Psyche, which orbits the Sun in the Asteroid Belt, between the orbits of Mars and Jupiter, is the largest class M asteroid, a class of asteroids composed mainly of iron and nickel, and not of silicate rocks, of which asteroids of other classes are mainly composed. . But when observing from Earth, scientists do not get an unambiguous idea of ​​the composition of this asteroid.

The light reflected by the asteroid Psyche indicates that the surface of the asteroid is mostly metal. This gave rise to the hypothesis that Psyche is the naked core of the primary planetary body – the rocky crust and mantle of which were torn off as a result of a cosmic collision.

“In our new study, we wanted to see how likely it is to have high porosity in a metal body, porosity over 50 percent,” said Fiona Nichols-Fleming, lead author of the new study, of Brown University, USA.

To do this, the authors built a computer model based on the known thermal properties of metallic iron to evaluate how the porosity of a large metallic body evolves over time.

The model showed that in order to maintain high residual porosity, Psyche had to cool very abruptly to temperatures below 800 Kelvin, otherwise the iron would remain soft enough to fill all the pores under the asteroid’s own gravity.

Based on knowledge of the conditions of the early solar system, scientists concluded that such a large body as Psyche could not cool down so quickly.

As a result, the authors came to the conclusion that Psyche may contain a significant amount of rocks less dense than metal. The shiny surface of the asteroid in this case may be due to a phenomenon known as ferrovolcanism, they say.

New maps of asteroid Psyche reveal its past

New maps of asteroid Psyche reveal its past 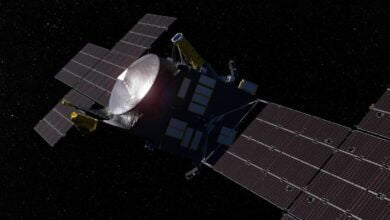 NASA will continue the mission to the asteroid Psyche 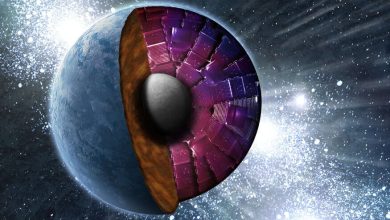 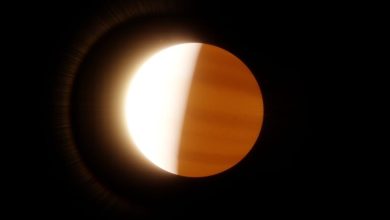