(ORDO NEWS) — About 370,000 years after the Big Bang, the Universe went through a period that cosmologists call the “Cosmic Dark Ages.”

During this period, the Universe was filled with dense hot plasma, which hid all visible light.

As the first stars and galaxies formed over the next several hundred million years, the light emitted by them ionized this plasma, making the Universe transparent.

One of the biggest cosmological mysteries now is when the “cosmic reionization” began. To find out, astronomers look deeper into space (and further into the past) to discover the first visible galaxies.

Thanks to new research by a group of astronomers from University College London (UCL), a luminous galaxy was discovered that reionized the intergalactic environment 13 billion years ago.

The study was presented last week (July 2) during the annual meeting of the European Astronomical Society (EAS) – because of the pandemic, this year’s meeting was virtual.

During their presentation, Romain Meyer (a UCL graduate student and lead author of the study) and his colleagues shared evidence that reionization was completed 13 billion years ago.

The study of galaxies that existed during this early period in the Universe is important for understanding the origin of the cosmos, as well as its subsequent evolution.

To get an idea of ​​the luminous galaxy A370p_z1, located at a distance of 13 billion light years, the team analyzed data from the Hubble Frontier Fields program.

We now have strong evidence that reionization was completed 800 million years after the Big Bang, and that several bright galaxies completed it. 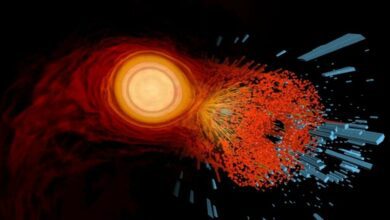 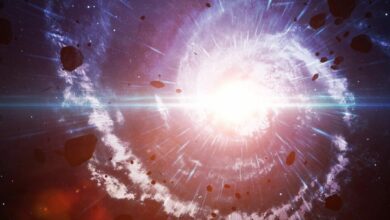