(ORDO NEWS) — The seriously ill Teresa, who recently turned 75, had been suffering from cancer for several months. As a result, her daughter came to persuade the woman to go to hospice for treatment. It was then that the security camera captured Teresa’s visit by her late husband.

In the house where the sick woman was, special cameras were installed that react to movement. One of them was on the veranda. It was with her help that they managed to shoot something strange, which Teresa’s daughter considered the ghost of her father, who died several years ago. It happened at the end of November last year. In the video, you can see a translucent silhouette that resembles a human figure.

The ghost sat down on a chair, which immediately began to move. Teresa’s daughter, Norma Villa, said that during his lifetime her father loved this chair very much and spent a lot of time in it. When her mother watched the video, she confidently stated that her husband had come for her. Sometime after that, the woman died. Before that, for two months she suffered from oncology, which was at the stage.

In the evening, when the video was filmed, Norma tried to persuade her mother to go to the hospice for treatment.

To this, Teresa said that she needed to be absent for a couple of minutes to consult with her husband Leandro. Immediately after that, a message was received on the phone of the norm that a video surveillance camera recorded a certain movement on the veranda. When the woman watched the video, she immediately remembered that during his lifetime her father always sat in this chair on the veranda to smoke. That is why she showed the video to her mother, who was sure that her husband had come for her.

After Teresa’s death, Norma began to believe that the video was indeed the ghost of her father and that the afterlife did exist. The woman also added that she always feels the presence of her parents in the house.

Elon Musk chipped a monkey and showed what opportunities it had

Good news: Even mild COVID develops antibodies in the body that can last a lifetime

Elon Musk chipped a monkey and showed what opportunities it had

Good news: Even mild COVID develops antibodies in the body that can last a lifetime 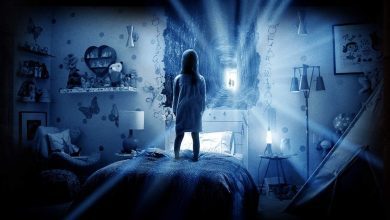 Camera caught something paranormal in a crib