US, WASHINGTON (ORDO NEWS) — Thousands of people have demonstrated against coronavirus measures in several major German cities. According to the police, there were numerous violations of the conditions in connection with the pandemic. The approved number of participants was exceeded in many places.

In Halle in Saxony-Anhalt, a ZDF team was pressed. After the police intervened, the ZDF team left the market place under police protection. At the event in Halle, two bodily harm offenses were reported and three reports for insult were recorded. In addition, a group of 18 people received referrals.

At a demonstration in Munich, the approved number of 1,000 people was reached shortly before the event began. Police said “there were several hundred onlookers along the barrier tape”. The minimum distance of 1.5 meters was “significantly undercut”, the police wrote on Twitter.

After the cordoned off area was filled, the police sent the waiting people from Theresienwiese. Hundreds then lined the sidewalks along the area. The police later began to carry demonstrators beyond the demonstration site.

A speaker announced that she wanted to “stand here with 10,000 people next week”. The city had allowed a maximum of 1,000 people, observing the minimum distance of 1.50 meters and a time limit of two hours. The organizers had registered 10,000 participants.

Hundreds of people came together for various demonstrations in Berlin. At the Reichstag building, cook Attila Hildmann held a rally that had spread conspiracy myths several times in the past. According to the police, “a well-known comedian” participated in the event. It was Oliver Pocher, who was “escorted there for his own protection”.

Various political camps had also called for protests on Alexanderplatz and in front of the Volksbühne. Four rallies took place on the Alex at the same time. More than 40 protesters protested in the middle of the square against conspiracy myths and for the rights of refugees. A few meters away, dozens demonstrated against the measures to protect against the coronavirus and the obligation to vaccinate.

Unlike last weekend, the protests according to police reports went without major incidents. However, there were 200 preliminary arrests and identity checks. In some cases, the detainees fought hard. Two officers were slightly injured. The police wanted to use 1,000 forces to ensure that the minimum distance was maintained.

More than 5,000 demonstrators in Stuttgart

Thousands of people gathered again in Stuttgart. This time, only 5,000 participants were allowed on the Cannstatter Wasen, which is why numerous people came together outside the designated area. Organizer’s files asked people to register so-called spontaneous meetings. The Baden-Württemberg Administrative Court rejected a complaint by the organizers against the conditions.

Behind the protest is the “lateral thinking” initiative by entrepreneur Michael Ballweg. Ballweg announced at the rally that it would again go to the Federal Constitutional Court because of the restrictions on freedom of assembly. The federal and state governments should be monitored by the Office for the Protection of the Constitution, said Ballweg.

Hundreds of counter demonstrators in Frankfurt and Hamburg

Hundreds of counter-demonstrators formed during protests in Frankfurt am Main and Hamburg. Around 1,500 demonstrators from both sides were on the road in Frankfurt. There was no violence. Word fights and brawls occurred in Hamburg, in which at least one person was slightly injured.

The situation service in Hamburg spoke of a total of around 400 left and right demonstrators on the square. 200 to 300 demonstrators carried banners such as “conspiracy theories endanger your health” and “stop right-wing agitation”. They also shouted at the Rathausmarkt: “There is no right to Nazi propaganda”. Around 50 people also gathered in front of the town hall to protest against the corona restrictions.

Nationwide protests have been announced for Sunday. Demonstrations against measures to curb the coronavirus pandemic have been taking place in Germany for several weeks. Conspiracy ideological, politically extreme and esoteric positions are also represented. For example, there are militant opponents of vaccination and right-wing extremists.

German business sentiment to a minimum since 2009

German business sentiment to a minimum since 2009 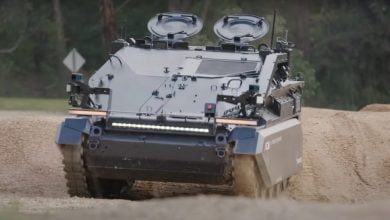