(ORDO NEWS) — German scientists from the Chemnitz University of Technology have developed a technology that makes it possible to create the smallest batteries in the world. They can be used to power small sensors that are built into the human body.

The creation of such small batteries is described by scientists as a self-assembly process inspired by the roll. The device even received the appropriate name – Swiss-Roll.

According to the researchers, they were inspired by a confection, but instead of dough and jam, they layered the device with current collectors and electrode strips made of polymer, metal, and dielectric materials on a stretched plate.

After that, special tension fasteners are removed and the materials are rolled around each other , acquiring roll structures and forming a “cylindrical battery that wraps itself.”

This device is about the size of a grain of salt and has an area of ​​less than one square millimeter. In this case, the minimum energy density reaches 100 microwatt-hours per square centimeter. 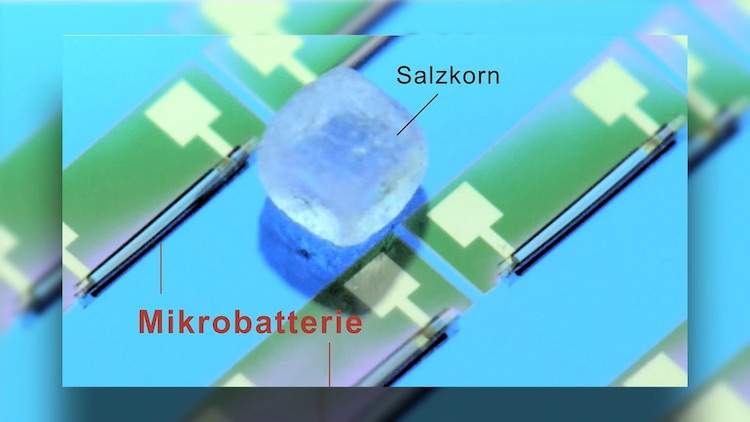 Battery the size of a pinch of salt

Features and properties of the battery

According to the researchers, the properties of the battery allow it to be used for integration into tiny systems, such as sensors embedded in the human body.

They, in turn, can be used to track oxygen levels in tissues, monitor recovery after surgery, and monitor the functioning of vital organs. Scientists say their invention can power tiny chips for about 10 hours.

The researchers believe that the rechargeable microbatteries they have created could also be used in robotic systems and ultra-flexible electronics.

Scientists have found a way to extend battery life by 30%

Scientists have found a way to extend battery life by 30%