(ORDO NEWS) — The domestication of wild donkeys began in Somalia 5000 years before our era, and from here these useful and unpretentious animals spread throughout Africa and Eurasia.

In our culture, donkeys are nowhere near as honored as horses, although they have played almost as important a role in history. For thousands of years, these animals have been pulling wagons and war chariots, transporting goods and people.

But when and where exactly their domestication took place was still unknown. With horses, it turned out to be a little easier: in 2021, a large international team of scientists led by Ludovic Orlando (Ludovic Orlando) analyzed the DNA of hundreds of horse remains belonging to different historical eras and different regions of the world, showing that the domestication of these animals most likely took place in the steppes of the Black Sea and the Caspian Sea at the end of the 2nd millennium BC.

Their relatives donkeys do not attract such attention, and until recently, geneticists simply did not have enough samples for such work.

The task is also complicated by the wide distribution of these animals – both domestic and wild – over the vast expanses of Asia and Africa, which creates a fair amount of confusion in the genome.

Only now the team of Ludovic Orlando managed to collect a fairly extensive material containing DNA data from more than 200 modern donkeys living in different parts of the world, as well as DNA from 31 animal remains that lived from 100 to 4000 years ago. The results of the work are presented in the journal Science .

Comparison of these genomes with each other and with the DNA of wild donkeys from different regions showed that their domestication began long before horses, around 5000 BC. in eastern Africa – most likely on the Somali peninsula and in Kenya.

In time, this process coincides with the rapid drying of the Sahara that began around the same time and the expansion of the desert space.

Perhaps it was this that stimulated the domestication of local wild donkeys, which perfectly tolerate heat and lack of moisture, and in the new conditions turned out to be excellent horse-drawn animals, unpretentious and hardy.

Starting from 3000 BC domesticated donkeys spread throughout the “dark continent”, began to be used in Egypt and Sudan.

On the ancient Egyptian images of that time, they can be seen along with sheep and bulls. Already from here, through the Middle East, donkeys reached Europe and Asia, eventually forming genetically different groups, distant and rather isolated from each other.

A significant contribution to the DNA of modern donkeys was made by people who were engaged in the breeding and selection of these useful animals.

So, scientists have found that the remains of donkeys found at the site of an ancient Roman villa in northern France were hybrids of African and European animals.

Here they were crossed, bringing out a particularly large breed a little more than one and a half meters high. All this has led to a great confusion in the genome of donkeys, which has only now been sorted out.

JAXA mission to Phobos to use European-made rover

JAXA mission to Phobos to use European-made rover 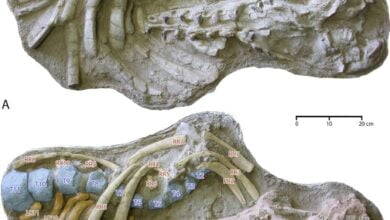 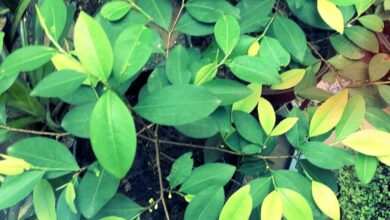