(ORDO NEWS) — Scientists have found convincing evidence of the contact between Native Americans and Polynesians that occurred a couple of centuries before the discovery of America by Columbus.

Scientists at Stanford University Medical Center have conducted a convincing genetic study that confirms the fact of deep personal communication between Native Americans from the modern Colombian region and Polynesians from islands in the Pacific Ocean. Evidence for many years of controversy among historians and archaeologists is published in the journal Nature.

A team of scientists led by Alexander Ioannidis, Ph.D. at Stanford, went to Columbia, and then to French Polynesia, to find the indigenous population and take samples of genetic material. Researchers hoped to find common segments of DNA, indicating close contact between peoples in the distant past.

Before collecting the samples, the scientists explained the purpose of the study to the Indians and Polynesians, appreciated their interest in participating, and waited for consent. The team then took saliva samples from 807 participants on 17 Polynesian islands and in 15 Indian groups along the Pacific coast of the Americas from Mexico to Chile.

“We found segments of Indian origin that were identical in origin on several Polynesian islands,” Ioannidis said. This means that the Polynesians and Native Americans at some point in history met and managed to get so close that children with Indian and Polynesian DNA were born. Statistical analysis confirmed that the meeting took place approximately in the XII-XIII centuries. America was discovered by Europeans in the 15th century, and France colonized Polynesia only in the 19th century.

Researchers believe that the Polynesians landed in what is now Colombia and made friends with the local population. The opposite option, in which the Indians got lost in the ocean and stuck to the Polynesian islands to leave a couple of their genes in mind, is less likely.

Scientists from Stanford are not the first to try to reconstruct and, in this case, rewrite the course of history. The familiarity of the ancestors of the two cultures was indicated by common signs in their everyday life. Both Native Americans and Polynesians grew sweet potatoes before contact with Europeans. The name of the plant sounds almost the same in both languages. Unfortunately, the genetic analysis of potatoes, which was previously conducted by other research groups, gave a very vague result.

The genetic analysis of the bones of Native Americans and Polynesians could not confirm the hypothesis either. Ancient DNA samples were degrading, and there was insufficient data to search for common segments.

A large-scale study by Stanford scientists finally resolved a long-standing dispute and convinced opponents of the theory of “contact” that despite the thousands of kilometers separating the two cultures, they still met. The results helped restore the roots of their ancestors and better understand how the diversity of these populations formed. The authors of the work are glad that a science such as genetics can play a decisive role in important and fundamental questions of history.

Physicist: everyone can actually be a hologram

Physicist: everyone can actually be a hologram 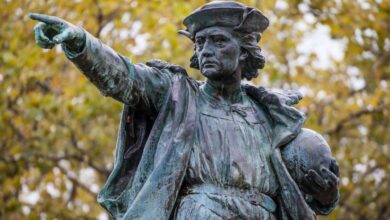 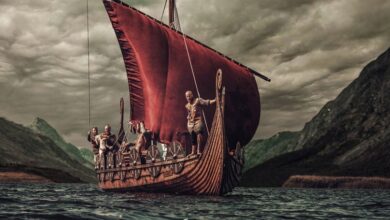