US, WASHINGTON (ORDO NEWS) — All the central Japanese media are actively discussing and commenting on the idea of ​​US President Donald Trump to expand the G7 format by inviting new participants – India, South Korea, Australia and Russia.

The central point that attracts attention here is the absence of potential guests from China. In this regard, the Trump initiative sees anti-Chinese approaches and even a desire to “isolate” China. Japanese experts and analysts believe that the Abe government should be careful in this situation. To stand in complete opposition to China, Japan is not with one’s hands. She has her own interests in the Chinese direction. The ambiguous position of European countries should be carefully studied and taken into account. They are in no hurry to fulfill Trump’s anti-Chinese “ideas” and prefer an equidistant position between the US and China. As for Russia, in general, the statements of the Japanese media in this regard can be assessed as neutral, but here they believe that influential members of the group in the person of Great Britain will sharply speak out against its participation in G11,

An analytical article in the newspaper Mainity Shimbun is called “Expanding the format of the G 7 group , Trump is planning to create a broad international coalition against China . ” Referring to diplomatic sources, the newspaper points out: “The purpose of Trump’s new initiative is clear – the creation of a broad anti-Chinese coalition. He needs this from the point of view of strengthening American positions in the confrontation with China, which sharply worsened in the context of the coronavirus pandemic. He even wants to invite Russia to this coalition, although this is surprising.”

Sankei Shimbun echoes the Mainity newspaper in assessing the anti-Chinese nature of Trump’s plans, and in the article “Expanding the G 7 format it is better to limit 10 participants without Russia” highlights another aspect of the plans of the American president: “He wants to raise the entire international democratic community united by common democratic values ​​to fight against authoritarian China.” The newspaper notes that the United States “quite subtly take into account the current moment in relation to Australia and India. In the first after the coronavirus epidemic, anti-Chinese sentiment was unusually heated. The second entered the next stage of military tension with China in connection with border disputes. Korea stands somewhat apart, but Trump hopes to keep it on anti-Chinese discourse by reinforcing the US-Japan-South Korea military-political triangle.”

The Yomiuri Shimbun newspaper also points to the anti-Chinese orientation of Trump’s proposals. In his article “Trump’s undisguised attempt to achieve world isolation of China,” he writes: “Americans are beating right in the underbelly of China, surrounding it with their loyal security allies in the Indo-Pacific “Japan, Australia and South Korea – and trying to draw even Russia into this format, which has traditionally maintained quasi-allied relations with China. Among other things, it is also a sharp strengthening of the US Indo-Pacific military-political strategy.”

However, Trump’s plans may not necessarily be easily implemented. The same Yomiuri writes: “Among the founders of the G7, especially in Europe, a cautious approach to Trump’s initiatives now clearly prevails. Many of the “old” members of the group do not want to be drawn into a tough US-Chinese confrontation. “Among other things, their approaches have been influenced by the recent escalation of confrontation with the US itself on various issues, from military to energy. ” Sankei Shimbun “points out: “Even with America’s loyal ally, South Korea, it’s not so simple. It is steadily pursuing “double” diplomacy – a military-political alliance with the United States and extremely active and large-scale economic ties with China. So its presence in the group of the most developed countries in the world may not only not contribute to the tightening of policy towards China, but even vice versa, ” erode the “unity of the West in this regard. There is an opinion among experts that Trump’s invitation to Korea to the G10 group pushes her to the final choice between America and China.”

With regard to the position of Japan itself regarding Trump’s proposals, the call for caution in developing its position passes through the thought through publications. 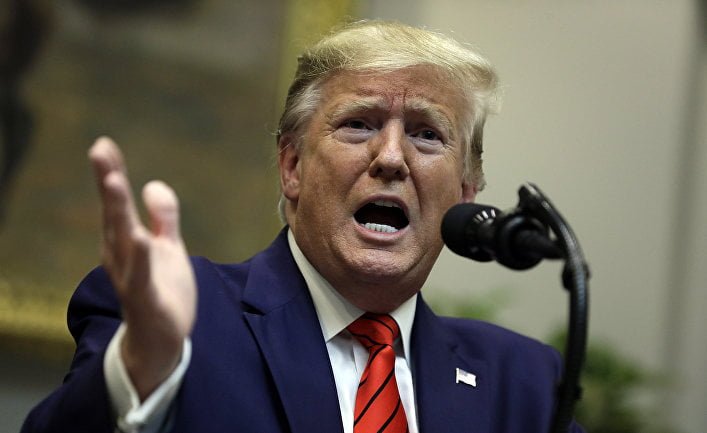 NHK publication “Yoshihide Suga: Japan will take a cautious approach to the issue of expansion of G 7” emphasizes: “Japan’s Chief Cabinet Secretary Yoshihide Suga was extremely cautious in his assessments Trump initiatives. He only said that the Japanese government is aware of them and is in consultation with the US administration. Suga limited himself to stating the general provisions that the G7 and its possible successors should act to resolve common global problems in the spirit of interaction and cooperation.”

The Asahi Shimbun newspaper, in an article entitled “The Japanese Government Does Not Understand Trump’s Plans to Expand G 7 to G 11,” reports citing sources in the Japanese Foreign Ministry’s leadership: “Japan was notified by the US administration that the G7 summit was postponed. But only that. The Americans did not officially inform us of any details. The Japanese Foreign Ministry does not fully understand what exactly stands behind Trump’s initiatives. To expand the G7, at least you need the consent of all its members. Even agreeing on such a procedure is a very complicated matter.”

In this regard, the Yomiuri newspaper writes: “According to data from government circles, Abe’s cabinet is not interested in worsening relations with China if the US-China conflict escalates. It is considered reasonable to take a cautious position here. Of course, the G7 format gives some advantages from the point of view of criticism of Chinese policy, for example, in Hong Kong. But unnecessarily annoying Beijing Tokyo would be out of hand. Especially before the upcoming next spring state visit to Japan by President Xi Jinping. ” And he adds: “According to data from the Japanese Foreign Ministry, they believe that the invitation of South Korea and Australia to the G11 group will lead to the erosion of the political weight of Japan in the new alliance of the most developed countries. But Japan is one of the old founding members of the G7”. 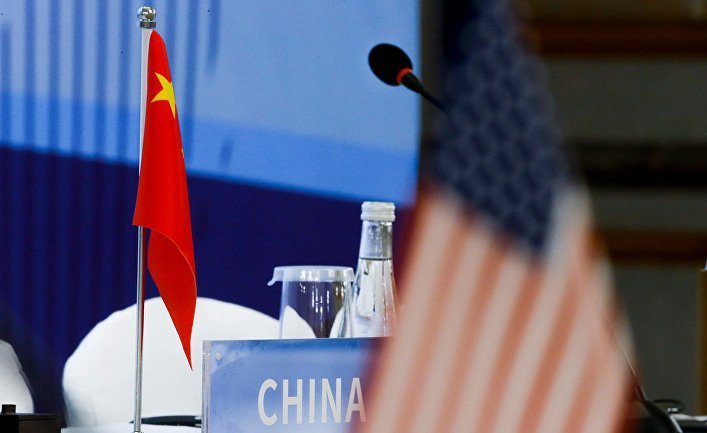 In the Japanese media, the “ambiguous” idea of ​​Trump to invite Russia to the “world club” is also touched. The Asahi newspaper indicates that it is likely to meet opposition from G7 European participants. Mainity believes that the question of inviting Russia to the group “will create a heated debate in the West regarding the restoration of its rights in the international community against the backdrop of the annexation of Crimea in 2014.” Yomiuri in this context recalls the ups and downs of Russia’s exclusion from the G8 group.

The Sankei Shimbun newspaper in the already quoted article “ G 7 format expansion is better to limit to 10 participants without Russia” generally raises the question like this: “This is about expanding the group of advanced countries united by common values ​​of freedom and democracy. What does Russia have to do with it? ” Sankei writes in this connection: “There is still a persistent antipathy towards Russia in the US Congress due to suspicions of its interference in the US elections in 2016. In these conditions, it would be wiser for Trump to limit himself to creating the G10 format without Russia at the first stage.”

At the same time , Sankei Shimbun expresses the idea that “in the American administration, identifying China as the current” main adversary “, they can proceed from the undesirability of a war” on two fronts “and try to achieve some stability in relations with Russia.”