(ORDO NEWS) — A new work by an international team of astronomers has assessed the possibilities of a future colossal gravitational wave detector.

In addition to its direct task, the LISA project will be aimed at searching for new fundamental fields and will once again try to detect deviations from the predictions of Einstein’s General Theory of Relativity.

The Space Laser Interferometer Antenna (LISA) is a very ambitious project by the European Space Agency (ESA) to build a truly colossal gravitational wave detector. It will consist of three identical devices, forming an equilateral triangle with a side of 2.5 million kilometers.

As the name implies, the devices must communicate with each other via lasers. According to the phase shift of the laser beam, it will be possible to determine the change in the position of the devices relative to each other.

This will allow not only to notice the passage of a gravitational wave, but also to measure its polarization and determine the direction to the source.

Moreover, due to the triangular shape, the accuracy of determining the direction of LISA is higher than that of the ground-based detectors LIGO and Virgo that are currently operating.

LISA will observe gravitational waves in the millihertz range, which is inaccessible to ground-based interferometers due to the presence of noise (anthropogenic and seismic) that cannot be fully compensated.

The measurement range will make it possible to detect gravitational waves from systems consisting of a massive black hole, the mass of which can be millions of times greater than the mass of the Sun, and a compact object of stellar mass, whether it be a black hole or a neutron star. Such systems are called extreme mass-ratio inspirals (EMRI) spiral systems. 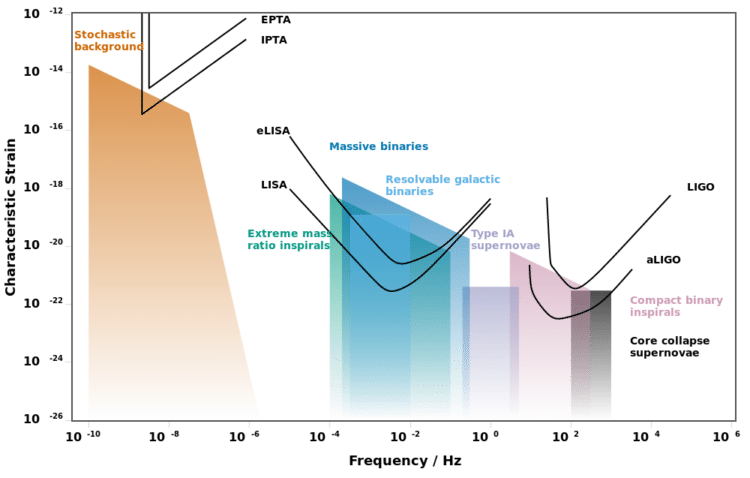 Professor Thomas Sotiriou , director of the Nottingham Center for Gravity Studies, explains: “New fundamental fields, in particular scalar fields, have been proposed in various concepts: as an explanation for dark matter, as a cause of the accelerated expansion of the Universe, or as low-energy manifestations of a consistent and complete description of gravity. and elementary particles. We have now shown that LISA will offer unprecedented capabilities in the detection of scalar fields.”

Some generalizations of Einstein’s General Theory of Relativity suggest the existence of scalar gravitational waves (described at each point by just one number – the charge), while, according to GR itself, the gravitational interaction is described using a tensor field (described by a tensor – an n-dimensional matrix).

Observations by ground-based gravitational detectors of astrophysical objects with weak gravitational fields so far correspond to Einstein’s theory and confirm the presence of only tensor gravitational waves. However, there is reason to believe that deviations from General Relativity can be detected in more extreme cases such as EMRI.

The researchers developed a new approach to modeling the signal that a stellar-mass body generates as it orbits a massive black hole, and for the first time evaluated the ability of LISA to detect the existence of scalar gravitational fields.

It turned out that LISA is able to measure the scalar charge (the amount of scalar field) of a small body in the EMRI system with unprecedented accuracy – on the order of one percent.

Moreover, this result does not depend on the origin of the scalar field, as well as on the structure and other properties of a small compact object in the EMRI system, so it can be considered as a general assessment of the capabilities of the LISA interferometer in detecting new fundamental fields. 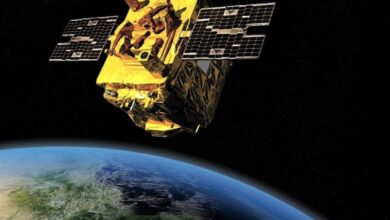