(ORDO NEWS) — The weather phenomena that have taken place in recent days in the south of Russia, including in the Krasnodar Territory, were called cyclonic depression by forecasters.

As reported by “Yugopolis”, the other day residents and guests of Anapa captured in social networks photos of a rather rare phenomenon – the edge of the sea, covered with a crust of ice.

No less exotic pictures were posted on their VKontakte page by the local newspaper Anapa Chernomorye: frosty jellyfish and ice stalactites were caught in the camera lens. The frozen marine life was discovered by volunteers while cleaning the beach after the last storm. 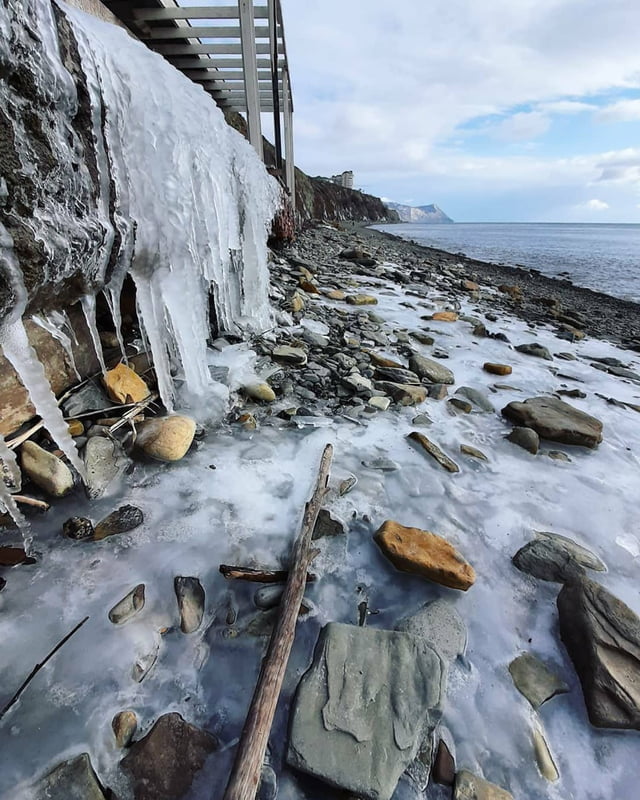 Now the bad weather is receding towards the Transcaucasia, the anticyclone is temporarily returning to the Kuban.