(ORDO NEWS) — How would you feel if you woke up and realized that free will is an illusion and you cannot control your destiny? The main question that worries us is whether we have free will?

It’s not just a question of whether I choose to eat out or at home tonight, but rather a question of whether I make a choice because I have free will, or whether my choice is already determined at the quantum level of reality (events less than 100 nanometers) where my brain is used to functioning in a certain way or responding to an external stimulus that I was already accustomed to.

At the quantum level, reality seems to behave differently than events at larger levels. Physicists call these events “uncertain” in the sense that their outcome cannot be predicted in advance, except in statistical terms. 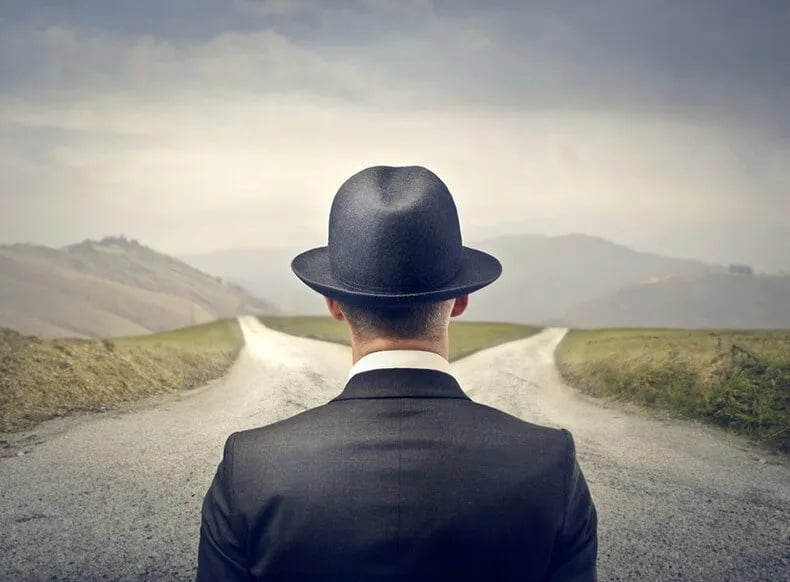 Correlating this with the synapses in the brain, which are only 20 nanometers in size, where the quantum principle operates, it is impossible to predict anything. On a larger scale, we can look at the thoughts and emotions that function at the neural level, we can ask what initiates these thoughts and feelings.

Therefore, at the quantum level, we can conclude that it is impossible to predict whether a neuron will fire or not. Does that leave us with the explanation that an outside force or something non-physical is interfering with the physical force?

If I am really making a choice in my mind, then there must be a place in my brain that reacts, or lights up, a stimulus that allows my body to respond to the decision. This point can be defined at the smallest level known to physics, the quantum one.

However, if everything behaves differently at the quantum level, as we said above, and we came to the conclusion that since it is impossible to predict the behavior of a particle at the quantum level, or whether a neuron will fire or not, then something non-physical must interfere in the physical world.

Does this mean that it can be assumed that this non-physical force that interferes invariably leads to the inevitability of an outcome in a deterministic state, and therefore we are not free to make a choice?

Despite being recognized by physicists, quantum mechanics remains a hot and controversial topic due to its paradoxes.

For example, as described in New Scientist: “You can’t ask what the particle’s spin was before you made an observation of it – quantum mechanics says the spin was indeterminate, and you can’t predict the outcome of an experiment; you can only estimate probability of obtaining a certain result.

Responding to this controversial dilemma, Hooft explained: “We can’t talk about particles or waves to describe reality, so he defines entities called ‘states’ that have energy. In his model, these states behave predictably according to deterministic laws, so theoretically they can be tracked.”

However, mathematicians John Conway and Simon Kochen of Princeton University say: ” Any deterministic theory underlying quantum mechanics deprives us of free will .”

Can we use quantum mechanics to answer the question of whether the uncertainty principle is a correct description of our reality, or is Gerard t’Hooft correct in saying that under this uncertainty lies a deterministic order?

The new results, published in the journal Neuron, suggest that we need to rethink what “free will” really means.

The most famous results of the study of free will were obtained by Benjamin Libet in 1983. Libet’s experiment showed that neurons begin to fire long before conscious decision making: ” A burst of activity, or ‘ready potential’, began to form almost a full second before the experienced decision moment .”

Libet suggested that the moment of decision is not the present feeling of having made a decision, but the past feeling that a decision has already been made. To many researchers, this seemed like a blow to the idea of ​​free will.” 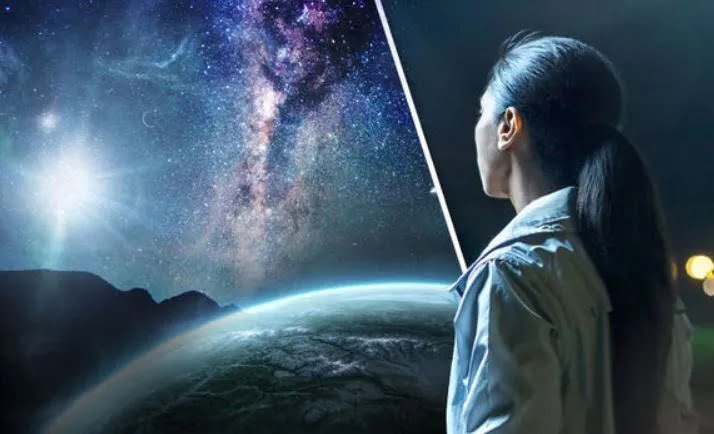 However, further research proved the inaccuracy of Libet’s experiment. An experiment by Fried, Mukamel, and Kreiman showed that the sensation of making a decision is located in the motor area of ​​the brain, and not in any “decision-making” area, and that there is a decrease and increase in brain activity at the moment of making a decision.

Therefore, neuroscientist Patrick Haggard refuted Libet’s experiment, stating that “it is incorrect to consider the ‘moment of decision’ to precede intention. Rather, it denotes intention in action, closely related to the execution of the action, when the brain translates the preliminary plan into a motor act.”

In fact, a decrease in neural activity before a decision is made suggests that the brain is tuned for “tononic inhibition of unwanted actions”: the feeling of making a decision is more of a “green light” for one of many competing impulses.

What this experiment really clarifies is our understanding of what free will is.

Is it a hypothetical “decision making” concept in our head? It’s actually more of an action. In fact, it is not about choosing a solution, but about its implementation. 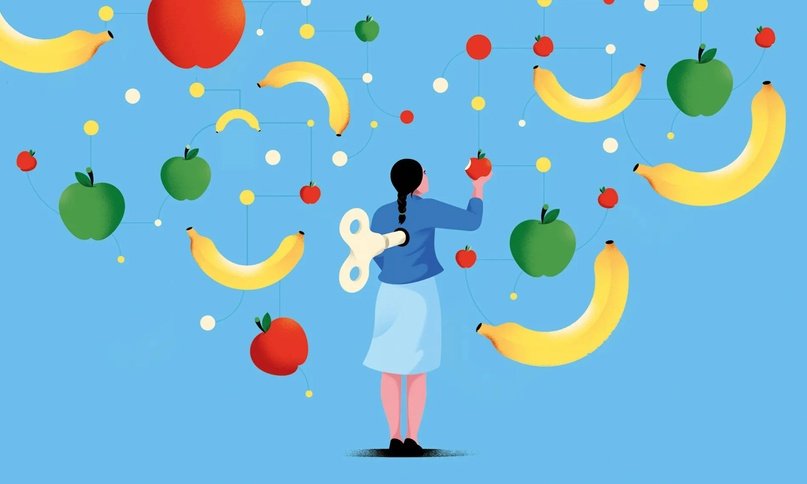 I came to the conclusion that the meaning and understanding of free will is our ability to come to terms with reality in order to understand whether we have the necessary conditions in order to not only DECIDE, but also PERFORM our decisions.

Returning to the arguments presented at the beginning; if it is true that, at the quantum level, our decisions remain unpredictable but also somewhat deterministic, then where should we place the limits on our free will?

One last question for you: do you really want to know if you have free will?

Arguments against free will go back millennia, but the latest resurgence in skepticism has been sparked by advances in neuroscience over the past few decades.

Now that it’s possible to observe thanks to neuroimaging the physical activity of the brain associated with our decisions, it’s easier to think of these decisions as just another part of the mechanics of the material universe in which “free will” plays no role.

And since the 1980s, various specific neuroscience discoveries have offered disturbing clues that our so-called free choice may actually occur in our brains a few milliseconds or even much longer before we are first aware that we are even thinking about it. .

No one ever truly chooses anything of their own free will that we are puppets of forces beyond our control.

However, there are two different views on this problem among scientists. Some believe that people should know the truth about “freedom of choice”, others believe that although free will in its traditional sense is unrealistic, it is very important that people continue to believe otherwise, even if it is not true. 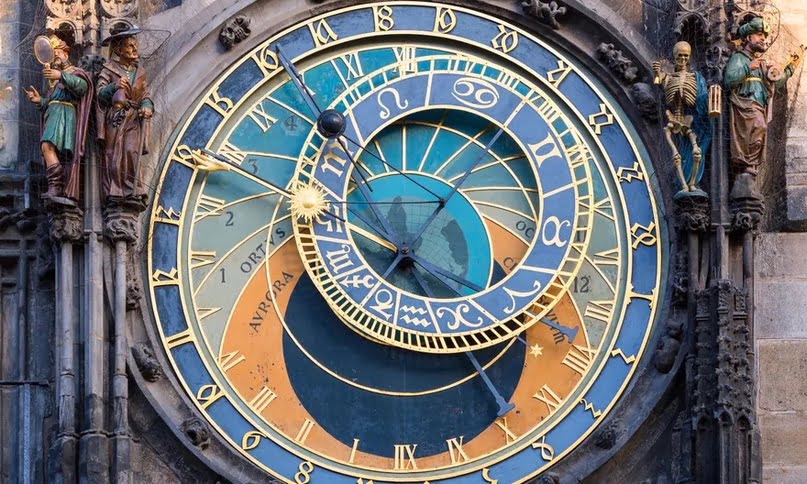 “If people really understood what was happening, it would be too frightening and difficult for them. This knowledge is depressing and destructive. It would really threaten our sense of self, our sense of personal worth. The truth here is too terrible.”

The French polymath Pierre-Simon Laplace, writing in 1814, described this riddle most succinctly: How can there be free will in a universe where events simply spin forward like clockwork?

His thought experiment is known as Laplace’s demon, and his argument was this: if some hypothetical superintelligent being – or demon – could somehow know the position of every atom in the universe at a particular point in time, along with all the laws that governed their interaction, he could predict the future in its entirety.

In 100 or 1000 years there will be nothing that he could not know about the world, down to the slightest wave of a sparrow’s wing.

You might think that you made a free choice: got married or chose a salad over chips; but in fact Laplace’s demon would have known this all along, extrapolating an endless chain of causes.

“For such an intellect, nothing could be uncertain, and the future, as well as the past, would be before his eyes”