(ORDO NEWS) — The little-known ship that tried (and apparently failed) to save the Titanic from icy doom has been found lying at the bottom of the Irish Sea.

The merchant steamer SS Mesaba also crossed the Atlantic in April 1912 when the now-famous Titanic set off on its maiden voyage.

By radio message, the Mesaba sent a message to the Titanic’s captain, Edward Smith, warning that rogue icebergs were drifting around the coast of Newfoundland.

The message was received, but the warning was never accepted – and everyone knows how it ended. In the icy waters of the North Atlantic Ocean, over four days of travel, the “unsinkable” ship collided with an iceberg and sank, killing more than 1,500 people.

Meanwhile, the SS Mesaba continued its ship journey without much fanfare. She operated as a merchant ship for the next six years before being torpedoed by a German U-boat in 1918, the last year of the First World War. So he lay at the bottom of the sea unnoticed for more than a century, until recently. 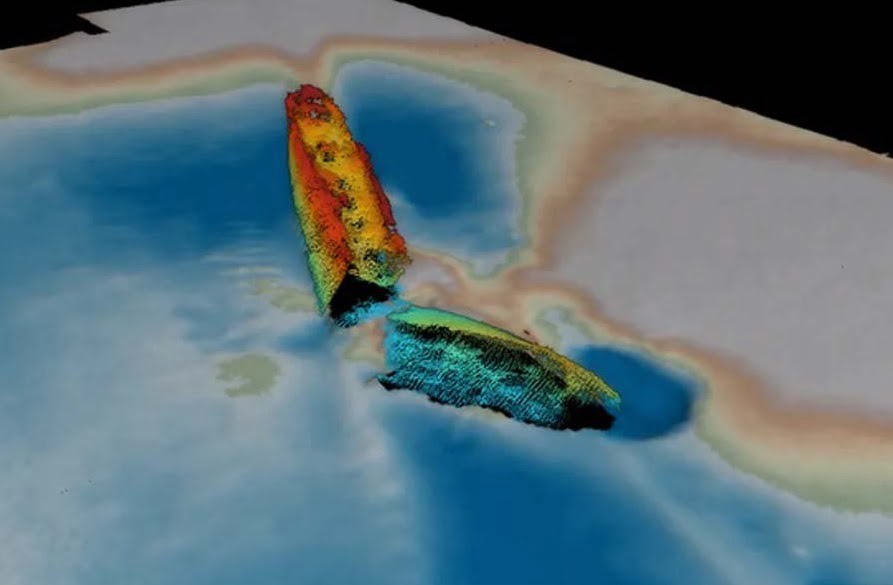 In a recent project, researchers at Bangor University in Wales were able to identify the wreck of the Mesaba and locate her final resting place using the research vessel Prince Madog, equipped with state-of-the-art multi-beam sonar.

Identifying the crash was no small feat. The Irish Sea is littered with the wreckage of 273 ships on just 19,424 square kilometers of seabed. Among those identified by the latest survey, more than 100 were probably not previously identified or were previously misidentified.

“We used to be able to dive several places a year to visually identify wrecks.

The unique capabilities of Prince Madog sonar have enabled us to develop a relatively inexpensive means of investigating wrecks.

We can link this to historical information without costly physical interaction with each site,” Dr. Innes McCartney, a marine archaeologist and historian at Bangor University, said in a statement.

“This is a ‘game changer’ in maritime archeology,” he added.

Meanwhile, on the other side of the Atlantic, the wreckage of the Titanic is still 690 kilometers off the coast of Newfoundland in Canada. Most recently, a deep sea expedition captured some of the highest quality footage of the infamous shipwreck ever recorded.