(ORDO NEWS) — Using a powerful new sequencing technique, researchers have found genes in mice that work to store fear-related memories. These genes are hidden in relatively unknown regions of the mammalian genome, which we considered “junk DNA”.

“It’s like using the power of the Hubble telescope to look into unknown areas of the brain,” said neuroepigenetics Timothy Brady of the University of Queensland, describing a new technique that allows us to look into areas of the genome that have not yet been amenable to careful study.

Genes may be involved in fear disorders such as phobias and post-traumatic stress disorder (PTSD), which affects 15 million US adults every year.

Each of us has memories that cause jolts of horror in the spine, make us avoid certain objects (spiders, heights) or certain situations (public speaking). This is a healthy learning response that we choose because it keeps us physically or socially safe.

But in normal situations, repeated exposure to these fear signals without any bad events should eventually wean you away from the fear response.

Fear and its extinction take place in our brain’s infralimbic prefrontal cortex, and recent research has traced this process to transcriptional mechanisms and epigenetics – DNA modifications that change the way we express but not the DNA sequence itself.

However, for some of us, this decrease in fear levels never comes.

Fears stubbornly get stuck, becoming a mind killer that doesn’t allow our brains to rationally deal with these issues or move on from fearful events.

Using fear-inducing mice and a new RNA sequencing method, the researchers took a closer look at molecules called long non-coding RNA (lncRNA) that have already been seen to regulate genes associated with conditions such as addiction, depression, schizophrenia and anxiety. Forty percent of lncRNAs identified to date are found in neurons at high concentrations.

The researchers found that a class of these genes, which they called eRNAs, expressed in the infralimbic prefrontal cortex of the mouse brain, are involved in linking our experience with the regulation of gene expression.

One of the genes, called ADRAM (activity-dependent lncRNA associated with memory), acts like a scaffolding that allows other molecules to access the gene for expression, and coordinates other molecules, including eRNAs, that express the gene that helps blunt fear.

When ADRAM expression was knocked out in mice before they were fearless, they showed no difference during fear blunting training compared to controls.

However, the knockout mice subsequently continued to experience fear, indicating that their memory for fear extinction was impaired. Other behaviors associated with fear and anxiety remained normal.

“These data indicate that the effect of [gene knockout] on fear extinction is due to its effect on cognition, and not on nonspecific physiological measures of generalized anxiety,” the researchers write in their paper.

The team cautions that they don’t yet know if ADRAM plays a wider role in cognition, and this study only found these specific effects in male mice. However, many of these fundamental molecules are conserved across species, and these results suggest that this class of lncRNA genes deserves closer study.

“Our results suggest that long non-coding RNAs serve as a bridge linking dynamic environmental cues to mechanisms that control our brain’s response to fear,” Brady explained.

“With this new understanding of gene activity, we can now work to develop tools to selectively target long non-coding RNAs in the brain that directly alter memory, and hopefully develop new therapies for PTSD and phobias.” 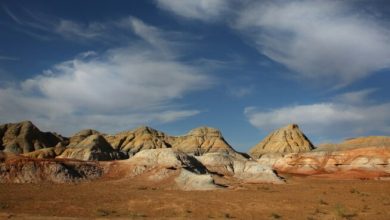