(ORDO NEWS) — Norman Bergrun, a scientist who worked for 12 years at NASA, said that alien ships are in the rings of Saturn. But, he stated with regret, science does not want to admit this.

Bergrun served on the National Advisory Committee for Aeronautics and worked with Lockheed Martin on some classified aerospace projects. In his book Ringmakers of Saturn, published in 1986, he first laid out the theory that extraterrestrial craft had been sighted on the solar system’s ring planets, especially Saturn.

Bergrun says that by analyzing images taken by the Voyager probes over the years, he has found strange objects near the rings. The scientist added that it was even possible to observe “exhausts from the engines of alien ships, the distribution of which accelerated and reached a critical stage.” 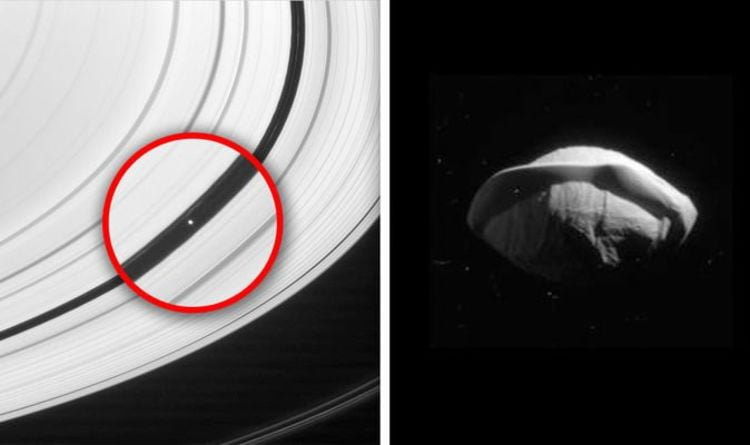 A former NASA engineer explained this by saying that the rings of Saturn, Uranus and Jupiter were created to be used as a source of energy or for aliens to obtain resources.

In addition, he assured that these ships can be considered “alive”, since they have the basic functions of biological systems, such as self-reproduction and self-maintenance. This is in line with some theorists such as Arwen Nicholson and Duncan Fororganis of the University of Edinburgh.

Ten years ago, they suggested that the universe could be populated by thousands of self-replicating alien probes.

Aside from the scientist’s undeniable authority and curriculum, skeptics argue that there is a natural explanation for this. Others point out that the movements of the probes cause jaggedness in the images. 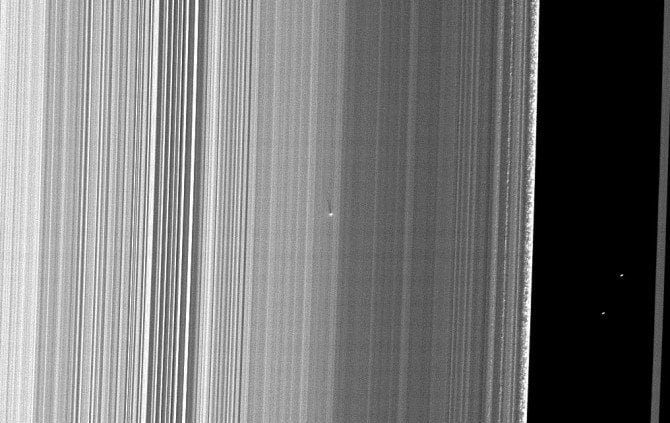 The truth is that Saturn and its moons are full of strange features, ranging from the mysterious hexagonal cloud at the North Pole to “shepherd moons”. These moons are small moons whose gravitational influence confines material in some planetary rings, confining narrow regions.

Ring material orbiting around a shepherd moon usually returns to the ring while other material is thrown out or onto another satellite.

However, sometimes something happens that involves a number of mysteries. A striking example can be seen in the picture taken by the Cassini probe.

The agency describes it this way: “A bright tear in Saturn’s narrow F-ring suggests it may have been broken recently. This feature was probably not caused by Pandora’s Moon (50 miles or 81 km across) lurking in the lower right corner. 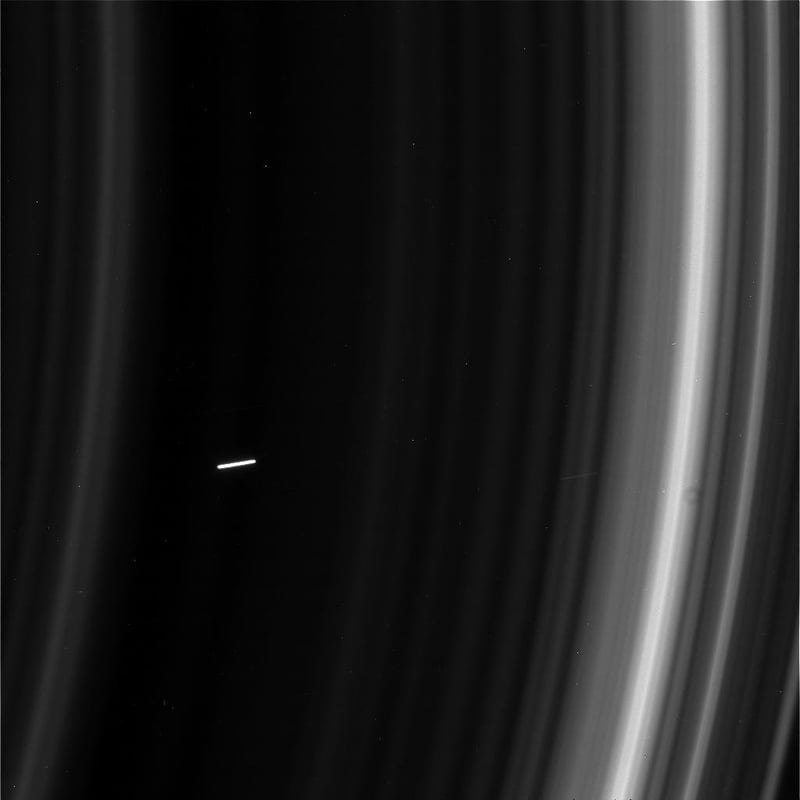 It most likely resulted from the interaction of a small object embedded in the ring and material in the core of the ring. Scientists sometimes refer to such objects as “jets”. Because these bodies are small and embedded in the F ring itself, they are difficult to detect with space-based resolution. NASA’s Cassini spacecraft.

Instead, their effect reveals their presence, and scientists are using the Cassini spacecraft to study these invisible F-ring sculptors.”