(ORDO NEWS) — In honor of NASA’s future space missions to study Venus , we have made a video that will allow you to see in detail the surface of the neighboring planet.

Both missions, named DAVINCI+ and VERITAS, are expected to launch between 2028-2030.

The two missions have one common goal – to understand how Venus, which in the distant past could probably be very similar to Earth , turned into a “hell world”.

Recall that the temperature on the surface of Venus rises to 462 degrees Celsius. For comparison, the melting point of lead is 327.5 degrees.

As you know, the atmosphere of Venus is so dense that it is impossible to see the surface through it in the optical range.

However, radio waves freely reach the surface, reflect and return, so the only mapping of the planet in history was carried out using the radar of NASA’s Magellan spacecraft.

So, before you are some parts of Venus, hidden from observers by an extremely dense atmosphere. But first, a description of each region presented in the video.

There are three impact craters in this region, but only the two largest, which are between 37 and 50 kilometers in diameter, were included in the video. Some evidence indicates that Lavinia is a volcanically active region.

The region, located in a little-studied region of the planet’s southern hemisphere, was named after the Slavic goddess of love.

All these strange lines, covering a large part of a vast area, are solidified lava flows that flowed down to the plain from all sides. 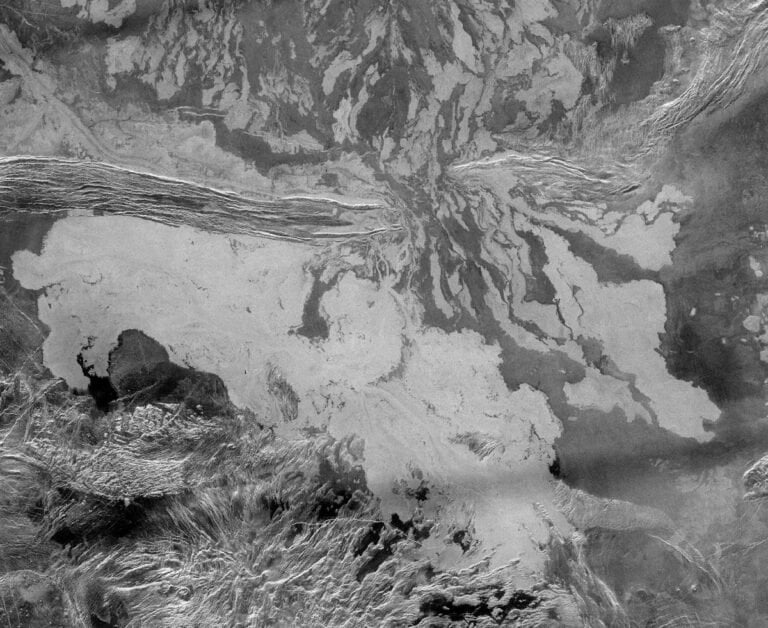 Isabella is the second largest impact crater on Venus, with a diameter of 175 kilometers. Named after the 15th-century Queen of Spain, Isabella of Castile.

The extensive flows characteristic of impact craters on Venus are a constant subject of study by a number of planetary scientists.

It is believed that the flows may consist of “impact melt”, rock melted by the intense heat generated during the impact.

Margaret Mead is the largest impact crater on Venus, with a diameter of 270 kilometers. Named after anthropologist Margaret Mead.

It is striking that such a giant formation has a fairly even contour, which is not typical for impact craters.

You are probably wondering what are those strange cracks and “spider-like scratches” on the surface of Venus?

These are crowns, tesserae and arachnoids, which are formed by ascending streams of incandescent subsurface material rushing outward.