(ORDO NEWS) — The car, which can turn into a small plane, has successfully passed flight tests in Slovakia, the developers say.

The AirCar received an official airworthiness certificate from the Slovak Transport Authority after 70 hours of “strict flight testing”.

The test flights – which included more than 200 takeoffs and landings – were compliant with European Aviation Safety Agency (EASA) standards, the company said in a press release on Monday.

“The challenging flight tests included the full range of flight maneuvers and performance and demonstrated astonishing static and dynamic stability in airplane mode,” the company said.

A spokesman for Klein Vision told CNN that a pilot’s license is required to drive a hybrid car, adding that the company hopes to have the AirCar commercially available within 12 months.

A team of eight professionals spent over 100,000 hours converting design concepts into mathematical models, resulting in a prototype. The AirCar is powered by a 1.6L BMW engine and runs on “fuel that is sold at any gas station,” Anton Zajak, co-founder of Klein Vision, said in a statement to CNN.

The vehicle can fly at a maximum operating altitude of 18,000 feet, Zajak added.

In June, the flying car made a 35-minute test flight between airports in Nitra and Bratislava, the capital of Slovakia. After landing, the aircraft turned into a car and was taken to the city center.

Kyriakos Kourousis, chairman of the Royal Aeronautical Society’s airworthiness and maintenance team, told CNN “this is not the first time these types of vehicles have been certified.”

“If the certification company has made a business case, then it will allow us to move forward in creating a product that can enter the market,” Kurusis said.

He added: “This is a scale that will create many new job opportunities and for the development of new technologies.”

Other vehicles in development include the PAL-V Liberty, a gyroplane that doubles as a road vehicle, from Dutch company PAL-V. This vehicle has received full EASA certification, but it has yet to pass the final stage of “compliance demonstration”, according to the website of the Dutch company.

Similarly, US company Terrafugia has received a special FAA airworthiness certificate for its Transition vehicle, which allows users to drive and fly, according to a press release published last January.

Curousis added that vehicles such as the AirCar could one day replace helicopters.

“The choice of an internal combustion engine to power this vehicle was most likely made in order to rely on proven technology,” Curousis said. “The impact on the environment could be significant if the use of such vehicles is expanded, especially in urban areas.”

“I believe that in the near future we will see all-electric or at least hybrid vehicles of this or similar type that will contribute to the achievement of environmental sustainability goals.” Suzuki’s first Japanese flying car is getting closer to certification The court recognized the work of ad blockers as legal 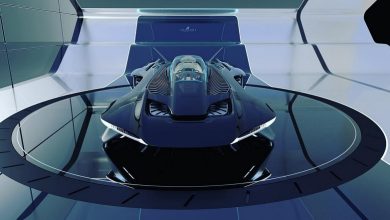